For most kids (and even kids-at-heart), October 31st represents imagination, whimsy, and of course, that all-important sugar rush. Decked out in costumes they've spent several weeks planning, throngs of ghosts, goblins, princesses, fairies and superheroes eagerly dart around the neighborhood, chanting that classic phrase: "Trick-or-treat!"

Innocent children equate Halloween with lighthearted revelry; however, just like its dark and eerie origins, this occasion can serve as a backdrop for ominous events to take place. Evidence shows that, across both the United States and Canada, crime rates generally spike on Halloween, as compared to other consumer holidays. Many parents are aware of this trend, with only 37 percent of respondents to a recent survey indicating they are "not concerned" about Halloween safety.

How can parents, therefore, protect their little trick-or-treaters from "things that go 'bump' in the night?" The following facts and figures will inform you of potential threats, so you can help keep the magic, mystery and playful mischief alive for your child this Halloween. 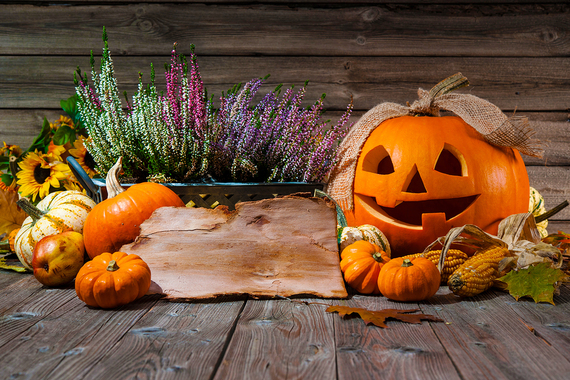 Spooky Statistics
According to James Alan Fox, a professor at Boston's Northeastern University, criminal activity tends to increase on three specific holidays -- New Year's Eve, Independence Day and Halloween. Between 2006 and 2009, crime around the city of Boston was 50 percent higher on October 31 than any other date all year. Similarly, in Canada, police have reported a 50 percent upsurge of weapon-related felonies during Halloween.

Steps Toward Safety
Arguably, this ghoulish occasion brings out the reckless abandon in would-be troublemakers, which is why law enforcement is taking preventative measures against these actions. In order to reduce the risk of masked perpetrators robbing, or in some extreme cases, even assaulting people, many states ban anyone over the age of 16 from wearing Halloween costume masks.

Police have imposed stringencies on registered sex offenders as well. All sex crime parolees throughout the New York City boroughs must stay inside their homes on October 31, starting at 3 p.m., and cannot leave until 6 a.m. the following morning. Police officers have even been known to make random house-calls to verify these individuals haven't come into contact with underage trick-or-treaters.

Some people assume Halloween crime spikes occur as a result of this increased substance abuse. However, Americans consume more alcohol during holidays like Thanksgiving, Christmas, New Year's Eve, St. Patrick's Day and even Independence Day, than they do on Halloween. Still, taking precautions against alcohol-induced aggression could prove beneficial.

Parental Protection Tips
Whether you're a first-time parent or veteran child-rearing extraordinaire, Halloween can cause anxiety for moms and dads alike. Straddling that "fine line" between encouraging the kids to enjoy themselves while fretting about their well-being is an arduous task. So, ease your stress and maximize their fun by following these pointers:

How do you balance the responsibility of protecting your little ones and ensuring they still have a positive Halloween experience? Share your suggestions in the comments below.