Police in Texas have arrested a published crime writer who allegedly tried to hire a hit man to kill her husband.

Nancy Mancuso Gelber, 53, has been charged with solicitation to commit capital murder. Gelber is being held at the Brazos County Jail on $75,000 bond.

According to the Brazos County Sheriff's Office, investigators received a tip last week indicating that Gelber was trying to find a hit man to harm her estranged husband, 54-year-old Joseph Richard Gelber, Jr.

The two were planning a divorce, but still lived together in their home in Bryan, located about 80 miles southeast of Waco. An undercover investigator posing as a hit man contacted Nancy Gelber on Dec. 7, and the two agreed to meet later that night.

Nancy Gelber previously and publicly detailed the couple's marital problems on her Facebook page. On April 29, she wrote, "Thank you all for [your] support during my horrible surprise of coming home from Houston to find to my husband cheating ... I wish the pain would go away and so could I from this hell I'm living in."

Pointer-Castillo said Gelber had also discussed the marital problems with her.

"She told me he cheated [on her] with a friend," Pointer-Castillo said. "Nancy was not the same person after that. She was totally different and was not the same Nancy at all. She was someone I did not even recognize or know. It was a total transformation, and she just carried on about him. It was all about him."

Prior to her split with her husband, Gelber had her sights set on becoming a career writer. Her first novel, Temporary Amnesia, was published in August 2010. The 362-page book –- dubbed a "crime thriller" -- is a fictional story about a man who breaks out of prison and uses a team of prostitutes to pull off several brazen bank robberies.

"Along with suspense and terror, this crime-thriller has a touch of levity and romance," reads the book description on Amazon.com. "Temporary Amnesia will blow your mind! At times, you may even find yourself siding with the bad guys!"

SEE PHOTOS FROM THE CASE: (article continues below)

Gelber wrote on her Facebook page that writing was a "life-long" dream and claimed that she "personally knew Leon Jaworski and Percy Foreman" -- the former a special prosecutor during the Watergate scandal and the latter a well-known criminal defense attorney who represented high-profile clients including James Earl Ray.

The meeting between Gelber and the undercover sheriff's investigator took place at about 9 p.m. on Dec. 7 in the parking lot of a local hotel. During the meeting, Gelber allegedly told the officer that her husband had several girlfriends and that their home was in foreclosure. Gelber spoke of her experience writing a crime novel and said that she was familiar with investigative procedures, according to an arrest report.

Gelber allegedly said she wanted the murder to look like an accident. She provided the undercover officer with two photos of her husband and the address of their South Parker Avenue home. She also gave him her gold and diamond wedding ring set as a down-payment and promised him $60,000 out of her husband's life insurance policy, police said.

At the end of the meeting, Gelber allegedly said, "I always knew I was going to heaven, but I'm going to hell now."

Police suspect the motive for the alleged hit was Gelber's desire to get out of the marriage and to collect the $180,000 life insurance policy. There may, however, be an additional motive.

According to Gelber's Facebook page, she suffers from essential tremor, a progressive neurological disorder that can cause excessive shaking in the hands and other regions of the body. The disease could potentially hinder her ability to type or write. She did, however, receive hope this past summer when her doctor approved a brain surgery that Gelber described as "life changing." The surgery was supposed to take place in October, but it never happened.

"They cut her insurance off, and I know she was pretty mad about that," Pointer-Castillo said.

Gelber detailed the ordeal on her Facebook page. "I am/was due to have brain surgery, but now I am going to court to force my soon-to-be ex-husband to put me back on his insurance," she wrote. "He dropped me from it 2 months before I was due to have the Deep Brain Stimulation surgery, because he needed the extra money to spend on all his other women."

Gelber's world came crashing down on Dec. 9, when a team of sheriff's investigators, armed with a warrant, took her into custody at 2 a.m.

Gelber denied any wrongdoing, according to police.

Authorities will not comment on the tip they received that initially notified them of the alleged plot.

"This is still an ongoing investigation," Brazos County Sheriff's Office Chief Deputy Michael Wilson told The Huffington Post. "Until we complete the case, we are limited in what we can release. How we obtained that information, we are not at liberty to discuss."

This case isn't the first time a crime writer has become the subject of a real-life criminal investigation.

In September 2006, John "Woody" Woodring, author of the non-fiction book "The Convict Speaks," shot and killed his wife, Bonnie Woodring, 48, inside a domestic violence shelter. For nearly two months, Woodring, 35, managed to evade capture. During that time, this author unraveled the secretive online life that Woodring was living. With an embarrassing web of lies exposed and the inability to return to a normal life, Woodring apparently decided to take his own life. His body was found in November 2006. A suicide note was found with it, but the coroner was unable to determine the cause of death.

Now Gelber, a crime writer who described herself on Facebook as "one of the nicest people I've ever met," is facing her own crisis -- a possible sentence of life in prison and a fine of up to $10,000.

"I'm not shocked [by the allegations]," Pointer-Castillo said. "Being in the state of mind she was in, I'm not surprised at all." 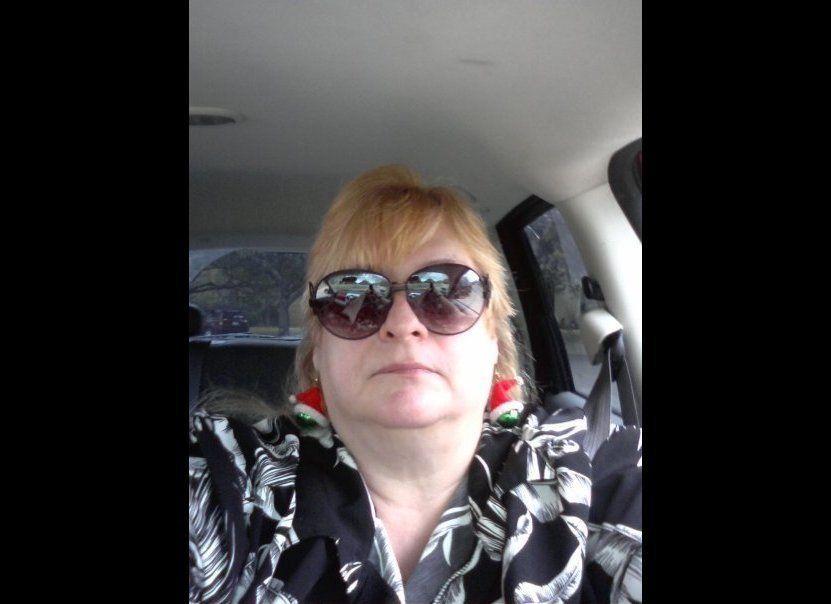 1 / 5
Nancy Gelber
An undated photo of Nancy Gelber that she posted to her Facebook page.
Personal Photo/Facebook