Crimeans call it Sivash, or the "Rotten Sea," in reference to the unpleasant smell that wafts from the network of shallow, salty lagoons. But for those willing to look past the stench, an otherworldly vista awaits.

Sergey Anashkevych, a photographer in the region, has captured jaw-dropping photos of the marshy area, which includes an abandoned Soviet-era salt mine. According to Caters News Agency, in some spots, the water takes on a deep crimson hue as a result of halobacteria, single-celled microorganisms that are purple in color and found in highly salty environments.

Anashkevych's photos highlight the sharp contrast between the blood-red sea and the blue sky, and they become even more alien with the inclusion of decaying equipment from the defunct mine. Rotting wood pillars, covered in salt, serve as a ghostly reminder of the area's history.

"It’s just a stunning place," Anashkevych told Caters. "The air is very humid there and very salty, and because of the salt in the air you get the feeling that the air is sticky. And everything gets covered by this sticky thin film – skin, clothes, equipment – everything."

A 2010 NASA satellite image of the area reveals a 1,000-square-mile patchwork of lagoons that range in color from peach to lime green. The bottoms of the marshes are covered in a thick mineral-rich layer of silt.

View photos of the "Rotten Sea" and the abandoned salt mine, below: 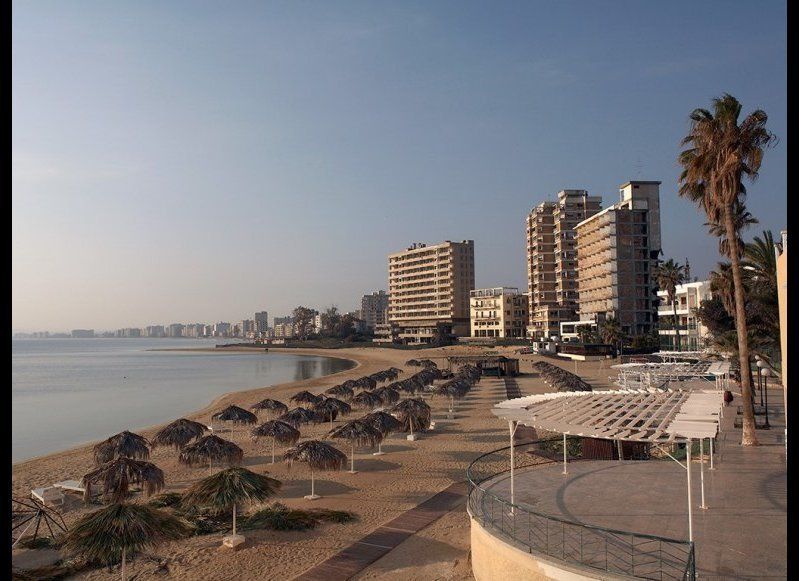 1 / 14
VAROSHA Famagusta, Cyprus Once a popular beach destination for stars like Brigitte Bardot, the resort town of Varosha was abandoned during the Turkish invasion of Cyprus in 1974. Its inhabitants never returned.