Around the nation, police and prosecutors are using lyrics from rap songs to incriminate suspects and obtain convictions, often in the absence of traditional forms of evidence. In this way, rap music, and by extension the artists behind it, face unique scrutiny in the criminal justice system.

The vague protocols and laws that enable this practice are used almost exclusively against young black men, the individuals most likely to be creating rap music. Whether this is by design or coincidence, the mentality that enables the practice is racially tinged and troubling.

In courtrooms, jurors are told by prosecutors, who sometimes misinterpret or manipulate rap lyrics, to view an artist's words as literal autobiography, rather than metaphorical or exaggerated storytelling. This works with disturbing effectiveness, critics say, because rap songs often contain lyrics that reinforce racial stereotypes about black males and hyper-sexuality or violence -- helpful when the prosecutor is trying to make the defendant out to be an actual criminal.

But when did we decide that the content of a song is a direct reflection of the songwriter's character -- and that it's evidence of real-life actions undertaken by that person? When did we decide there's no clear distinction between the world an artist creates and the world he or she actually lives in?

Would we ever have suspected Johnny Cash of actually being a cold-blooded killer? 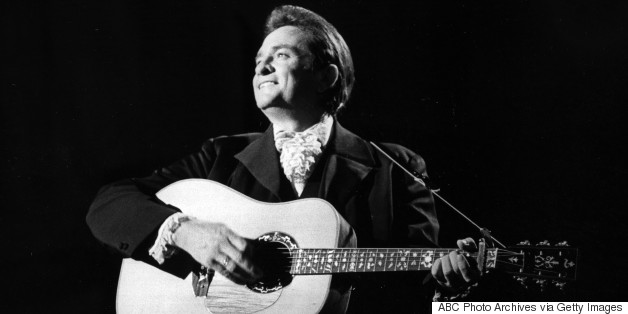 But I shot a man in Reno just to watch him die
When I hear that whistle blowing, I hang my head and cry...

Erik Nielson, a professor at the University of Richmond who has studied the prosecution of rap lyrics extensively, told The Huffington Post that he's identified "hundreds of cases" in which rap lyrics have played a significant role. There have been reports of police and prosecutors being encouraged to examine rap songs for possible use in legal proceedings. And the strategy appears to yield results in court.

If the criminal justice system treated other kinds of music the way it treats rap, all of the artists below would be seen as suspects. Their lyrics could be considered confessions, and might be cited as evidence of the artists' criminal psyches or proof of their personal connection to actual crimes.

That would be completely ridiculous, of course. So why should rap music be any different?

Miss Jones taught me English
But I think I just shot her son
'Cause he owed me money
With a bullet in the chest you cannot run
Now he's bleeding in a vacant lot
The one in the summer where we used to smoke pot
I guess I didn't mean it
But man, you shoulda seen it
His flesh explode

I used to love her, but I had to kill her
I knew I'd miss her, so I had to keep her
She's buried right in my backyard

Neil Young, "Down by the River"

Bob Marley, "I Shot the Sheriff"

Earl had to die, goodbye Earl
We need a break, let's go out to the lake, Earl
We'll pack a lunch, and stuff you in the trunk, Earl
Is that alright? Good! Let's go for a ride, Earl

Oh, mama, mama, mama
I just shot a man down
In central station
In front of a big ol' crowd

She stood there laughing
I felt the knife in my hand and she laughed no more
My, my, my, Delilah
Why, why, why, Delilah
So before they come to break down the door
Forgive me Delilah I just couldn't take any more

I've committed murder and I think I got away
I'm hiding at my mother's house, come get me right away, right away
I have no intention of paying for my crimes, don't fear
We're gonna get the next plane outta here and fly away, fly away

So I sneaked back and caught her with my man,
Laughing and kissing till they saw the gun in my hand
The next thing I knew they were dead on the floor,
Dark lady would never turn a card up anymore

I'm gonna kill you
Gonna cut your pretty face all up
Gonna smack
Gonna break
Gonna maim
Gonna kill you
I said
Gotta do what I have to, gotta forget all about you
And I ain't gonna give you anything
And I am gonna track you down, I guess...
I'm gonna kill you

The Killers, "Jenny Was a Friend of Mine"