You might not believe it, but these real-life examples represent exactly the kind of far-out thinking that has solved vexing social issues.

Overwhelming conflicts in Gaza, Syria and with ISIS seem to point to ever-more violent solutions to violent problems. But there are many other ways to settle conflicts. Things felt as hopeless in violence-ridden Bogotá, Columbia, in the 1990s, when a visionary Antanas Mockus Šivickas became mayor twice (1995-1998; 2001-2003). He's credited with making his city of seven million people a far safer and happier place. He did it through highly creative problem solving.

At particularly lawless traffic intersections where people were regularly run down by trucks and cars, Antanas Mockus deployed groups of mimes who entered traffic and made bad drivers into a mocking spectacle. The approach worked. Pride helped shift driver's behavior for the better -- all done through nonviolent, creative tactics. Who wants to be mocked by a mime?

Šivickas used societal norms to nudge people to be a little nicer to one another, and his unorthodox tactics significantly lowered 1990s urban violence and crime. He asked people to pay extra taxes, and surprisingly, they did: In 2002, Bogotá collected more than three times the revenue it had in 1990. To improve participation and traffic, he gave citizens voting cards, like today's Facebook likes. By distributing 350,000 "thumbs up/down" cards, the public could peacefully support or discourage antisocial public behavior.

Regular people got into it, and things changed drastically for the better. 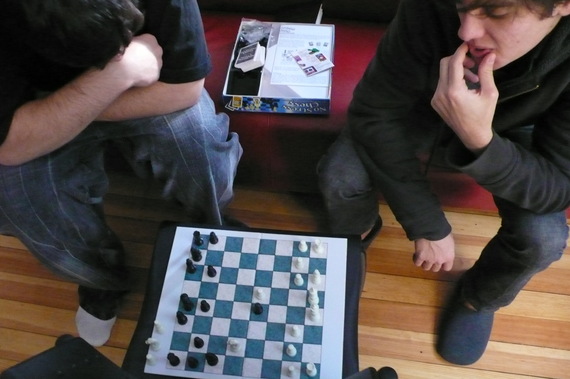 As a game designer, I think of how thousands of years of playing chess, Go and even contemporary computer games have helped shape how we think about problem-solving. We've learned, on the board and in life, there are two sides to every story, but likely many more. Meanwhile, "might makes right" remains a large part of the justification of foreign policy. Our games still model heroic battles with clear winners and set goals. But our reality -- from city streets to war zones --just doesn't look like that any more. Perhaps it never did.

Šivickas has shown us people are inherently cooperative -- as psychologist Michael Tomasello has repeatedly found in his studies of kids before they even speak. It turns out, we share and work together from birth.

To make Bogotá's changes, this radical mayor bet on his creative instinct, but data collected during his leadership proved his unorthodox tactics had a direct result on building a better society. And best of all, no one lost: Jails did not fill, no one was killed and different cultural groups didn't face massive oppression. With some creative frameworks, people were able to solve their own problems in their own culture.

Such unusual strategies -- and the gall to enact them -- are desperately needed as we increasingly face complicated conflicts that seem to have no way out. Police and citizens distrust one another in places like Ferguson, Missouri. Bullies taunt kids from rich neighborhoods to poor. Old ways of fetishizing power, such as nationalism, and winner-takes-all need to be replaced with new models in which complicated people in global, complex societies can not only get along but prosper. It's not impossible. We need resilient communities that not only survive, but thrive.

And as law scholar Yochai Benkler noted in his bookThe Penguin and the Leviathan: Triumph of Cooperation Over Self-Interest (2011), systems built wholly on self-interest end up as disasters. Parts of society that serve everyone -- from public parks to Wikipedia -- last longer and make people happier.

It's time to recast the molds. Let's find new ways to model unusual forms of cooperation. Games like Pandemic or Pox: Save the People, two board games where teams of people fight against spreading viruses, are a first step. Let's tell stories that replace the "bad guy" with the challenges we face together. 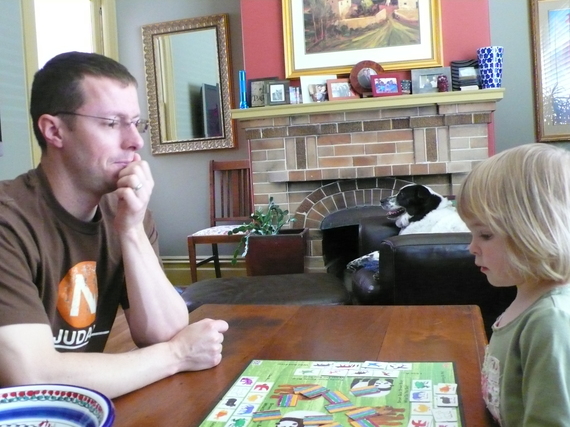 We must reinvent rusty old conflict models, or we will never escape the vicious cycle of war countering war. Violence isn't the answer to seemingly intractable problems. And yet, we're only as brilliant as the tools we've learned to use.