Sixteen-year-old Spanish photographer Cristina Otero was eating a kiwi one day and decided to take a picture of herself with it. The photograph inspired a whimsical, striking series of self-portraits with fruit called "Tutti Frutti."

Otero's otherworldly photographers have led her to amass a sizable online following and be featured on art blogs as a young photographer to watch. Her eye-catching self-portrait with a tangerine, "Mandarina," quickly became one of her most popular and widely-shared pieces.

"My photography is all about contrasts, making something pop out from the whole composition, which are usually the eyes," she writes in an email to the Huffington Post. "I believe it's unreal, melancholic, and romantic."

The aspiring fashion photographer began her career as an artist at age 13 -- she was watching "America's Next Top Model" and found herself intrigued by the make-up, styling and poses that go into creating a major fashion photo shoot. Ever since then, she's sought to recreate elaborate photo shoots on her own, resulting in imaginative work like the "Tutti Frutti" series.

"My goal is to create characters that only exist inside my mind and turn them into something real," she says, "with their persona reflected in the photograph."

Check out a selection of portraits from her "Tutti Frutti" series in the slideshow below. 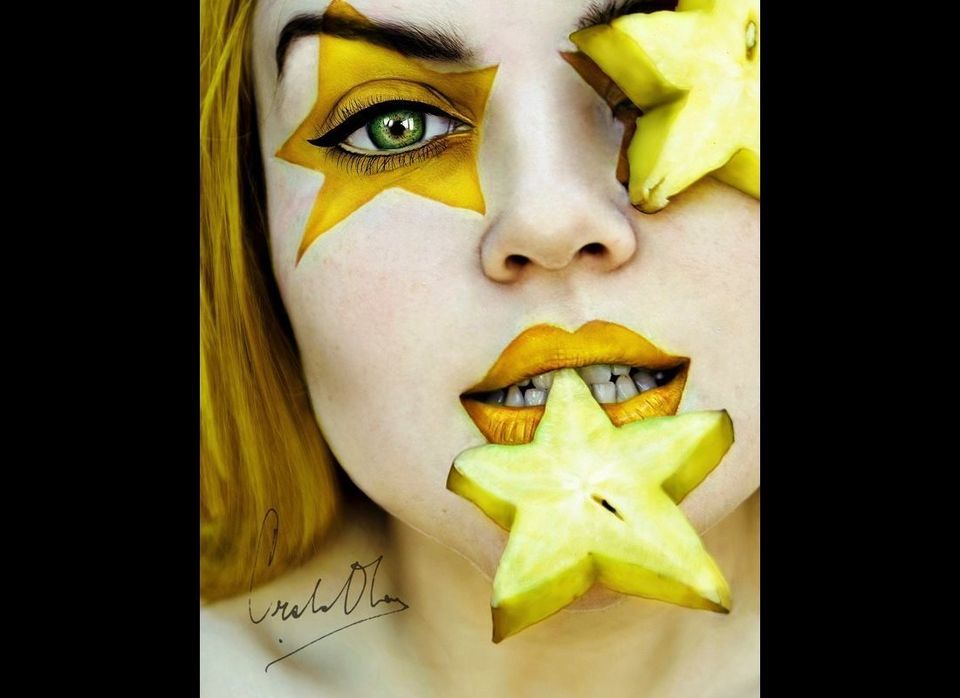