Senior Fellow at the Hoover Institution Victor Davis Hanson contends that colleges need more "ideological diversity" instead of racial and gender diversity. He also claims that colleges do a poor job of preparing students for the job market, waste taxpayer money, and try too hard to crack down on hate speech. Hanson should review his evidence better, and perhaps examine what businesses really want from college students.

Hanson claims that schools should have more "diversity," which he says should be "redefined in its more ancient and idealistic sense as differences in opinion and thought rather than just variety in appearance, race, gender or religion." He goes on to say "Ideally, they might encounter as many Christians as atheists, as many reactionaries as socialists, or as many tea partyers as Occupy Wall Street protestors, reflecting the normal divisions of society at large."

Yet according to the Christian Post, college graduates are actually a little more likely to vote Republican in three of the last four elections. Research by a pair of scholars finds the ideological trends of young college students mirror those of society for their age. There's no need for the "ideological affirmative action" that Hanson hints at. 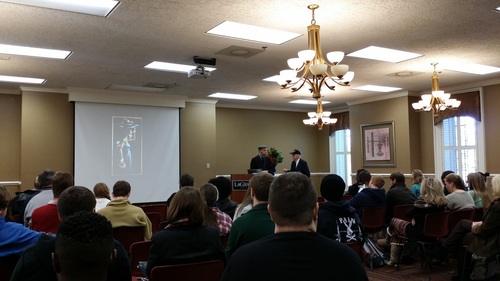 Hanson claims college unemployment is at an all-time high (it's actually 2.5 percent). He suggests vocational school. But study after study shows college graduates have lower unemployment numbers than non-college graduates, and higher earnings over their lifetime by quite a margin. And the gap is the highest in 48 years.

When it comes to college costs, Hanson should check out where the money is actually spent. The highest recipient of Federal college funding is the conservative Liberty University, where students were required to see Senator Ted Cruz announce his presidential plans or pay a fine. Others at the top of the list of Pell Grant spenders include those for-profit colleges and online schools. They also top the list of those with the highest default rates, something Hanson might have found with a little research for his article.

As for that issue of "political correctness" and collegiate tolerance of hate speech, did anyone think to ask those employers what they're actually looking for in college graduates? Susan Adams, writing for the pro-business Forbes Magazine did. And here is the top of the list of what employers told the National Association of Colleges and Employers that they wanted.

"Can you work well on a team, make decisions and solve problems? Those are the skills employers most want when they are deciding which new college graduates to hire. The next-most-important skill: ability to communicate verbally with people inside and outside an organization. Employers also want new hires to have technical knowledge related to the job, but that's not nearly as important as good teamwork, decision-making and communication skills, and the ability to plan and prioritize work."

That's right. They don't want a lot of hate speech, in your face attacks that Hanson thinks colleges should be perpetuating. Businesses don't want loud-mouthed boors. They want folks who can put aside their differences and work with a diverse team of talented individuals with a lot of innovative practices.

Instead of telling businesses what they should do, perhaps critics like Hanson should listen to what employers of college students want. They don't mind the English, the history or the anthropology major, so long as they can 1) work as a team, 2) make decisions and solve problems, 3) communicate verbally with people inside and outside the organization, and 4) plan, organize and prioritize work. That's what businesses told the NACE survey. Nowhere did the employers look for someone who treats another with a great deal of incivility. You usually see those people on the evening news, after another workplace shooting.