It didn’t take long. The Cronut copycats are here.

Dominique Ansel's bakery in New York City introduced a doughnut-croissant hybrid just three weeks ago. And Manhattan quickly grew obsessed, forcing the shop to reportedly staff up to meet demand and impose a three cronut-per-customer limit, as customers line up for the chance to spend $5 for a single sugary pastry.

Now cronut knockoffs are popping up in cities around the world, according to Grub Street.

Chocolate Crust, a Washington, D.C. bakery, is experimenting with recipes for its own version of the deep-fried treat, it said in a Facebook post. The bakery will call them “doissants,” since Ansel trademarked "cronut," blocking copycats from using his catchy moniker.

In Melbourne, Australia, baker Michael James of South Yarra's MoVida Bakery launched a Twitter competition to crowdsource the name for its new half-doughnut, half-croissant pastry. Among the names suggested: “the croisnut” and “the crodough.”

If all this sounds a little too high-end, there's always Dunkin' Donuts. Gawker called the fastfood chain's new bacon-egg-doughnut sandwich the “cronut for the 99%.” On Friday, Dunkin Donuts will start selling the 360 calorie sandwich nationwide for just $2.99.

Ansel no doubt achieved certain benefits by being first-to-market: among them, mounds of media attention in the food world and exclusive rights to his invention’s clever name through the trademark.

But he does not appear to be interested in reaping other first-to-market benefits. Despite the apparent success of the trend he inspired, Ansel says he does not want to turn his bakery into a “cronut shop.”

“The [store] is very precious to me,” he told New York Magazine. “I don't want to see it scaled out and lose its charm…Will we expand? Yes, sure. But in a different and more creative way than just punching out the same model.”

Ansel’s refusal to “sell out” has led to another interesting development: a cronut black market. The cronut scarcity has prompted entrepreneurial foodies to start scalping the $5 pastry for as much as $40 a pop, Bloomberg food critic Ryan Sutton discovered.

So whose cronut is the fairest in the land? Only time, and taste buds, will tell.

In the meantime, however, cronut enthusiasts had some creative suggestions for what they’d like to see next. One Twitter user suggested a vegan cronut. 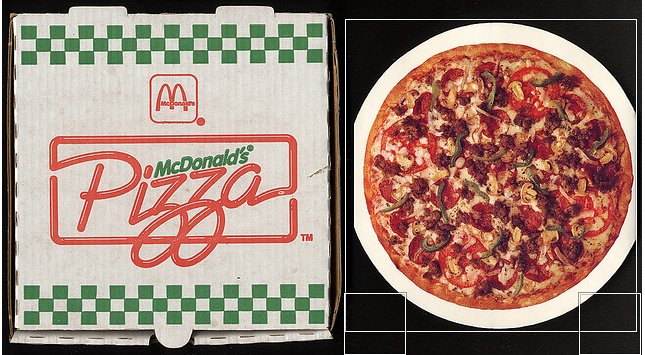