This house is one of the cutest, quaintest attractions in England, and it has a fun little backstory to go with it. Constructed in 1592 and originally called Market Cross House, some speculate that the house was used for King Charles II and his mistresses (but we think it got its "crooked" title from construction, and not from the intentions of a king!).

In 1687, it was ordered that the house be knocked down to make way for the town hall. But after a land dispute, the house was simply rebuilt in a different size, and an unfortunate oversight occurred.

The house was constructed with "unseasoned green oak wood," meaning that once it dried, the house "buckled," according to Amusing Planet. To reflect its new infrastructure, Market Cross House became known as The Crooked House of Windsor. After a few shades of paint and a few career changes (butcher shop, antique shop and jeweler, to name a few), the house has been a tea room for the past few decades.

Here's what the house has looked like in recent years: 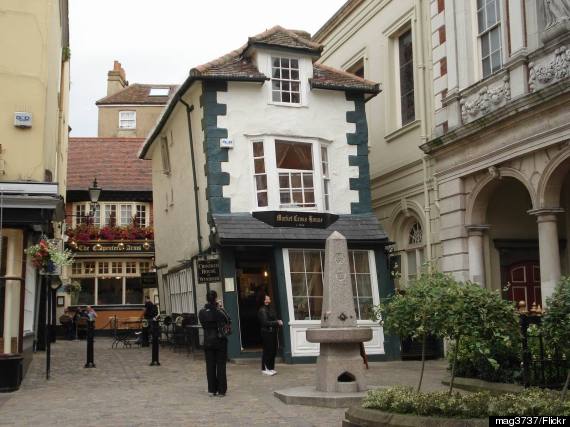 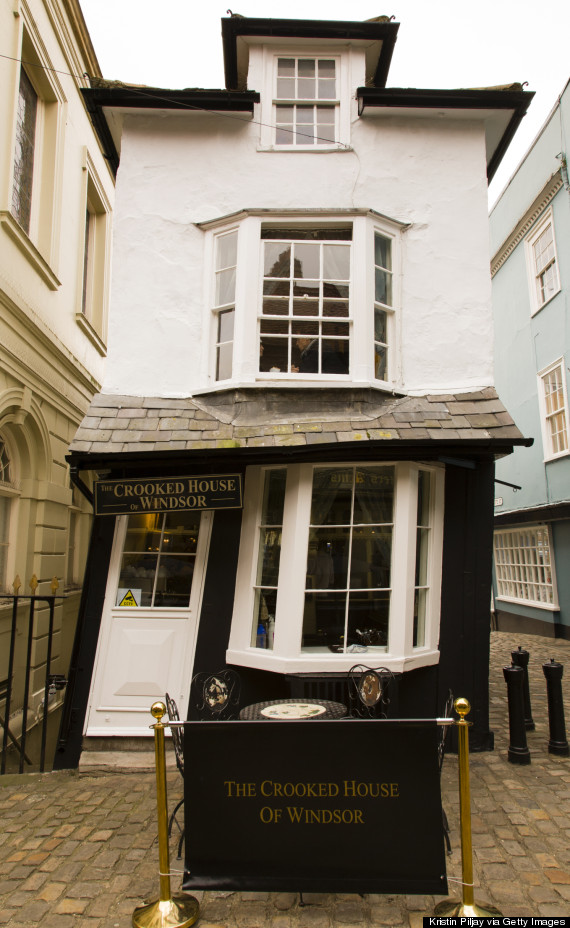 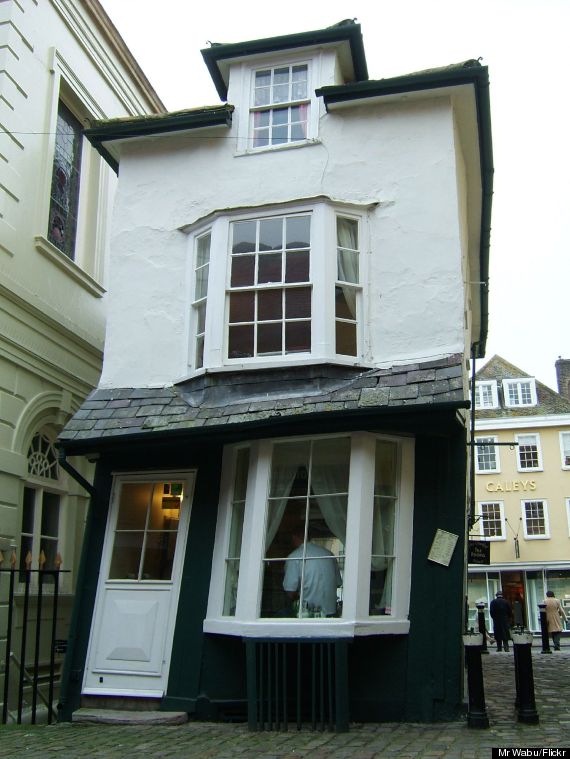 Reviews vary on the quality of the Cornish clotted cream, scones and tea sandwiches, but as one articulate visitor pointed out, the house does provide "a good place for a photo opp." And let's be honest -- that's really the only reason you're visiting!