The notion that Greg Abbott was going to become governor of Texas without much of a fight has quickly disappeared into a smog of bad decisions. The state's attorney general, who has recently been defending a public education plan derived, in part, from the dissertations of a gender and racial elitist, keeps making disturbing choices that create more doubt than confidence.

And one of his worse, thus far, has gone without notice.

A key strategist of Abbott's campaign team is a confessed criminal who admitted money laundering to circumvent Texas campaign finance laws. John Colyandro, who began his political career writing direct mail pieces for Karl Rove, is Abbott's director of policy. He was also a central figure in a scheme that funneled corporate dollars into Texas legislative campaigns in violation of state law.

Colyandro, in fact, admitted in a November 2012 plea bargain that he executed an exchange of $190,000 in corporate cash with the Republican National Committee (RNC) to get around the Texas law that prohibits corporations from making direct contributions to political campaigns. The money was sent to the RNC and then the exact amount was returned by the organization for distribution to Texas GOP candidates. 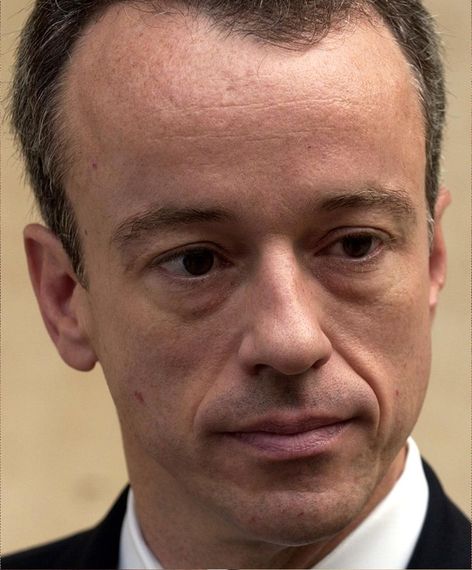 Colyandro had been indicted, along with former House Majority Leader Tom Delay and his political operative Jim Ellis, in what the Travis County district attorney described as a "campaign finance conspiracy." The indictment listed 13 counts of "unlawful acceptance of a corporate political contribution," and included felony charges for a "criminal conspiracy" to violate Texas election law in the 2002 state legislative elections. Colyandro had been selected by Delay to run Texans for a Republican Majority Political Action Committee (TRMPAC) when the plan was devised to skirt election-funding regulations. He negotiated a guilty plea to lesser charges and was fined $8,000 and placed on probation.

And today he develops policy for the man who wants to be the next governor of Texas. Colyandro's political connection to Abbott appears on the Texas Ethics Commission site, where he has reported incidental travel expenses for the AG's gubernatorial campaign.

In fact, according to several Texas lobbyists, Colyandro is a gatekeeper for any business or political interest that wants to meet with Republican Greg Abbott. Meetings are requested, Colyandro considers their merits, and then hears briefings before deciding if the interest group will meet personally with the Texas attorney general. In an email distributed by an Abbott supporter, disability rights activists are invited to meet with Colyandro, whose title is "Director of Policy for the Greg Abbott Campaign." 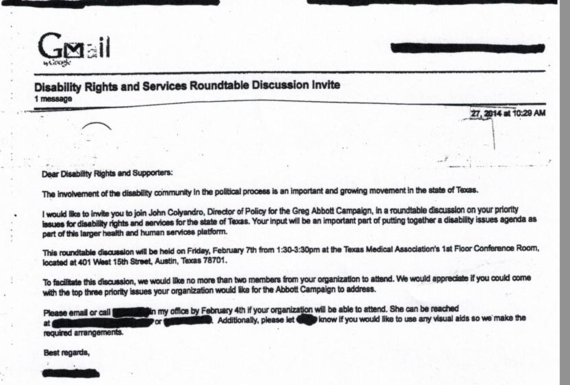 Getting policy guidance from a confessed criminal is no longer that shocking for the Abbott campaign. His political maneuvers cannot be described as stumbles but are clearly becoming manifestations of a duplicitous belief system that will, at a minimum, confound, if not alienate, traditional Texas voters, including conservatives. Abbott's attempt to portray himself as an exemplary conservative man of values is undermined by his associations with divisive and mean-spirited influences driving the Texas GOP so far to the right he is leaving behind most of the electorate.

Everyone may have a right to seek redemption, but a person running for governor has to be circumspect with tough-guy language on issues like crime when they contradict his record. Hiring Colyandro is, in fact, almost a benign act compared to Greg Abbott's other hypocrisies on the law and criminals.

Abbott has already spent some campaign time demanding that the "navigators" that were enrolling people in the Affordable Care Act for coverage ought to have undergone background checks. The idea is not offensive to many people, on its face, though it is designed to slow the growth of ACA, and it creates a new level of bureaucracy true conservatives tend to resist.

During his tenure on the bench as a Texas Supreme Court justice, the AG argued that such background checks, however, ought not to be required when businesses hire, which was a position he took even after a woman had been raped in her home by a vacuum cleaner salesman with a criminal record.

In the case, which made it to the state supreme court, the woman was awarded about a million dollars after the vacuum cleaner company was found liable for not checking the records of employees. The salesman, who raped the victim while her children slept nearby, was on probation for indecency with a child. A lower court's ruling was upheld by the Texas high court with a 6-3 vote, but Abbott dissented and said the Kirby Company had no obligation to screen employee backgrounds.

An analysis of this nature on a judicial opinion might be considered anomalous in a political career, but Abbott is actually exhibiting a previously ignored pattern of behavior with his run for Texas governor. He is either oblivious to his own hypocrisies or he does not think they matter to voters. Otherwise, what explains his legal defense of $200 million in budget cuts to Texas Pre-K by the legislature at the same time he is rolling out an education program that he says needs investment in Pre-K? He will also be the voice and face of the Texas GOP, which has stated clearly in its platform that it "oppose[s] mandatory pre-school and Kindergarten" and "urge[s] Congress to repeal government-sponsored programs that deal with early childhood development."

There are more levels of contradiction and hypocrisy in that one issue than can ever be logically explained.

Logic, though, does not seem to drive Abbott campaign strategy or tactics. If it did, the candidate would have never appeared with self-confessed sexual predator Ted Nugent, and he would have rejected supporters who referred to Wendy Davis as "Abortion Barbie"; Abbott would have never referred to South Texas, critical to his election chances with Hispanic turnout, as a "Third World"; he would have insisted state law protect a woman's right to equal pay, and he would have distanced his campaign from the controversial Charles Murray, whose extensive work for the conservative American Enterprise Institute (AEI) has argued women and minorities are genetically inferior to white males.

Greg Abbott may not yet be in political trouble in Texas. But he sure seems to be working hard to get there.