The two men, who did not wear masks, robbed the Plymouth store of cash and cigarettes. Estimated to be between 20 and 35, they held up the store shortly after it opened for business. Sky News quotes a police spokesman as saying:

The shop owner received a minor injury when the crossbow was thrust in his face.

Both men are considered dangerous and were armed at the time of the robbery. They should not be approached by members of the public.

The robbery comes shortly after a man known in the U.K. as the "Crossbow Cannibal" was sentenced to life for murdering prostitutes with the weapon and eating their flesh.

The Devon and Cornwall Police released the picture below of the two men brandishing the crossbow. 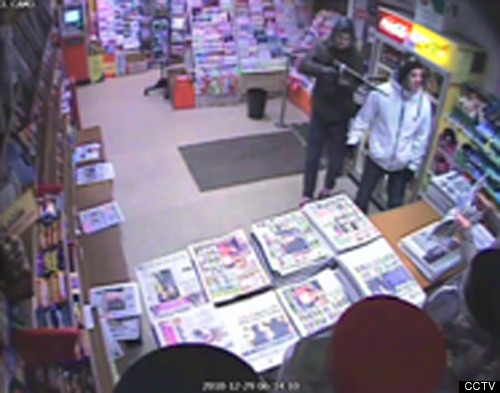