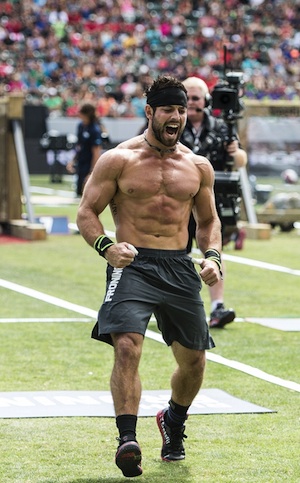 Ever wonder how the best CrossFit athletes get competition-ready? Here are the go-to exercises of the top 2013 CrossFit Games competitors, including the reining champs, Rich Froning and Samantha Briggs.

CrossFit is the "sport of fitness" that's based on this formula: constantly varied, functional movements performed at high intensities. As a certified CrossFit Instructor, I know that the strength and conditioning program draws skills and movements from gymnastics, Olympic weightlifting and metabolic conditioning to help prepare athletes for any physical challenge. The best CrossFit athletes are jocks of all trades, masters of none.

The 2013 Reebok CrossFit Games is a multi-day event where the top Crossfit athletes in the world compete for the title Fittest on Earth. This year's event included more than 10 events like pool sprints combined with muscle ups, a half-marathon indoor row, legless rope climbs, and 405-pound dead lifts combined with one-legged weighted squats and handstand walks.

Here are some of the go-to exercises of the 2013 Games competitors that they use to help them achieve optimal fitness. 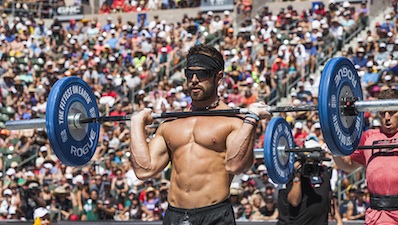 A thruster is a power movement that combines a front squat with a push press. With the barbell in the front rack position on your shoulders, complete a full front squat and as you rise out of the squat, press the barbell over your head until you lock out your arms. That's one rep.

"Thrusters are a compound movement that use muscles of the core, lower body and upper body. I'll do sets of thrusters with increasing weights each round." 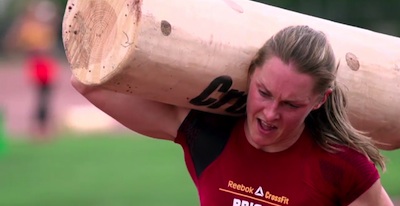 The goal is to not rest between movements. Try to work up to completing seven rounds of the bear complex sequence with a challenging weight. 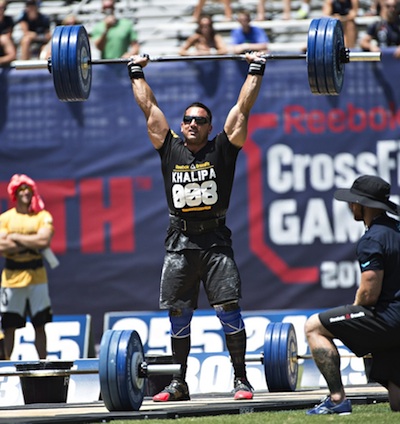 Set up with feet at hip width and barbell racked on the shoulder, with elbows down and in front of the bar. Your grip is slightly outside of your shoulder. Tighten your core and butt, inhale and drive the barbell (or dumbbells) travels straight up to the locked out position with active shoulders.

"The shoulder press is one of the best movements to develop pure shoulder strength, because you don't use your legs or hips to help move the load." 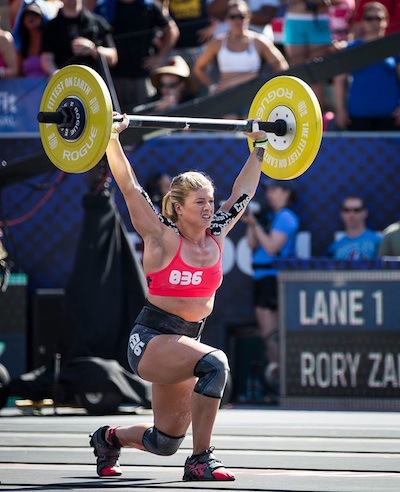 From a dead hang with arms fully locked out, look at the bar and pull yourself up toward it as you drive your elbows toward the floor. Once you clear the bar with your chin, lower yourself back down in a controlled movement. That's one rep.

CrossFitters generally do kipping pull ups that use their hips and a leg kick to help pull their body to the bar, while the strict pull up isolates the muscles of the upper body, including your upper back, shoulders and arms.

Lunges are great for strengthening the quads, glutes, hamstrings and core. Unlike squats where two feet are always planted on the ground, lunges require more balance, coordination and core stability. They can be done with dumbbells at your side or with a barbell rest on your shoulders or back. (To make it more challenging, you can lunge with the barbell locked out overhead.)

"This is a great strength building exercise that you can do with the barbells or dumbbells racked on your shoulders or locked out overhead." 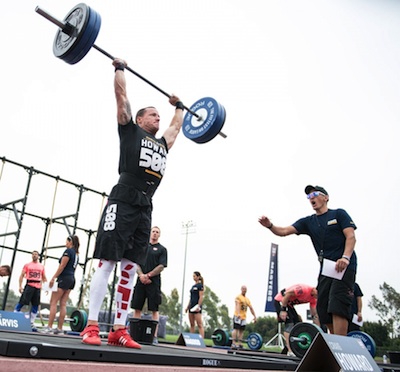 With feet hip width apart, set up like a dead lift, engage a hook grip and begin by pulling the weight from the floor. As it clears your knees, explode your hips and shrug your shoulders to drive the weight to your shoulders. You catch the weight on your shoulders with knees slightly bent, back upright and elbows in front of the bar, then stand up straight. That's one rep.

"Power cleans are one of the best lifts to improve explosive power. They'll help improve your ability to jump and sprint and are functional for everyday life." 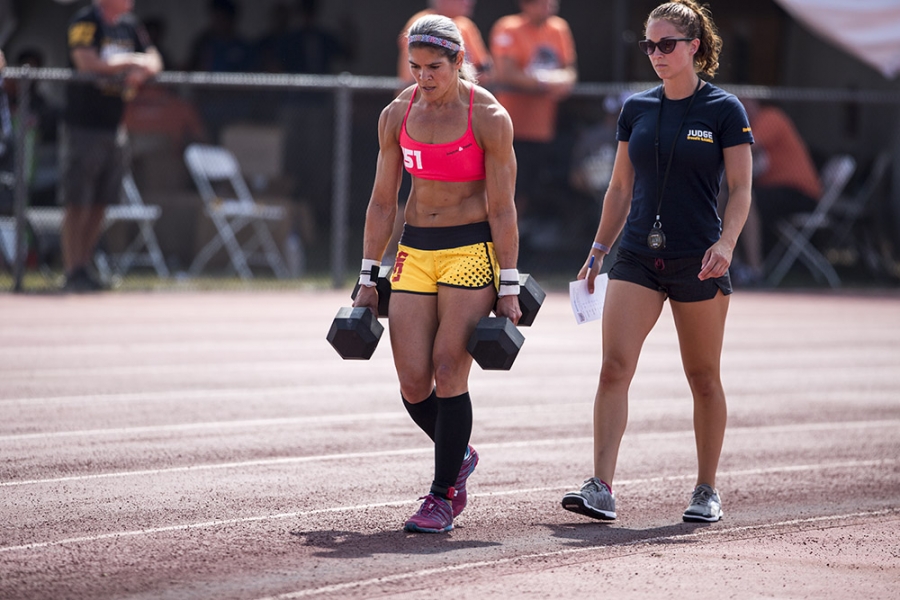 "The burpee is the one movement that works everything. CrossFitters seem to have a love-hate relationship with burpees. I pair burpees with a 250M row or thrusters to get ready for competitions because your heart rate will be sky high and you have to keep working through it."

Using a jump rope, complete a power jump with a very fast wrist movement to allow the rope to travel under the body twice with each jump.

"Double unders are challenging -- and frustrating -- but they train many CrossFit skills like cardiovascular fitness, speed, coordination, agility and stamina. I usually try to do 100 double unders for time before or after all of my workouts."

All photos courtesy of CrossFit, Inc. Used with permission.

Registered Dietitian, Author, and Co-Founder of Appetite for Health