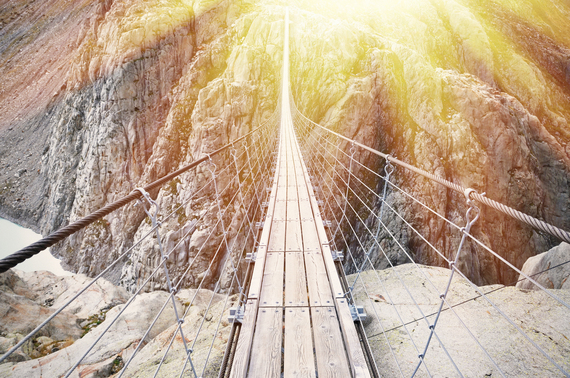 Marc Andreessen declared famously in 2011 that "Software is eating the World." With smart phone proliferation, the explosion of cloud services and disruptive innovation running rampant everywhere, his words ring truer today than ever. Companies like Uber and AirBnB are able launch full frontal assaults on the established market leaders because of the computing power we all carry with us all day, everyday.

At the heart of our interconnected emerging reality are billions of lines of code which direct computers of all shapes and sizes to perform their functions and enable our interactions. Like the scribes and the clergy and aristocracy of the medieval times who held the power because of their ability to communicate through the written word, a new literacy is emerging in the form of computer code and those who have the literacy, have the keys to a new kind of power.

Efforts are being made across the educational spectrum to spread the new literacy, from coding in kindergarten to "teaching grandma to code." While some future generation of children can look forward to a gaining a solid foundation in coding, the rest of us who have already passed through the system have to fend for ourselves when it comes to acquiring these key skills for the modern era.

To tackle the challenge, disruptive models of education are emerging; at one end of the spectrum exist free, self-help resources like CodeAcademy and Udacity, and on the other end, coding bootcamps like the Software Craftsmanship Guild , Dev Bootcamp, and Hack Reactor have emerged. With recent endorsements from the White House, these new modes have quickly begun to move into the mainstream as a solution to the projected shortage of 1M developers by 2020.

At the Software Craftsmanship Guild, with a nice track record of operations under our belt, we've begun to see some interesting leading indicators emerge in our applicant pool, further validated by our proprietary aptitude test, and ultimately confirmed by those who have successfully graduated from the program and are engaged in fulfilling new careers as software developers. In our quest to make coding more accessible, here are three examples of skills and backgrounds that may make a career in coding a great direction for you to explore:

As it turns out musicality is a powerful predictor of coding success."There's no strange coincidence here" says Jennie Zamberlan, Guild co-founder and CEO of software consultancy Avantia,"we've got enough musicians on our development team to have a battle of the bands!"

Tad Melton always loved making music, so much so that he made a career out of it. He rose to the top of a music instruction business and became their director of operations overseeing a team of music instructors and teaching thousands of guitar lessons to fledgling performers. As a guitarist, Tad also played in a band, they gigged at events and weddings, whatever paid. The glamour of achieving rockstar status eluded him though, and he began to ask himself"what's next?" On learning about coding botcamps he decided to apply to the Guild. He recently finished the intensive 12 week program and even better with a job offer in hand to work as a Junior Developer at a Cleveland- based insurance company.

"It was hard at but I loved it," said Tad."Composing and coding, rely on many of the same fundamental principles so it felt like I had a headstart entering into the program. Now software development becomes my career, and music, which I'll always love, becomes my hobby."

2) From Cooking to Coding 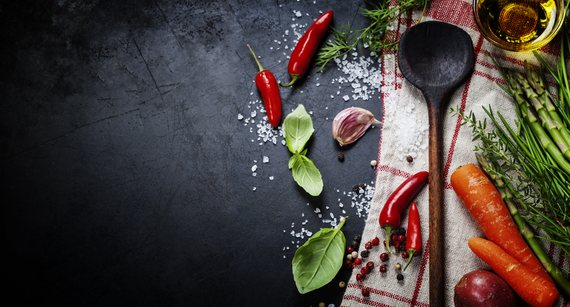 A good cook recognizes that they are a problem solver, and problem solvers make good coders. Where others might see and pile of raw ingredients, they can see a delicious meal.
The inherent abilities that allow someone to be successful as a chef lend themselves well to creating great code. In an excellent article posted on Mother Jones titled "Is coding the new literacy?", author Tasneem Raja writes "seeing the culinary potential in raw ingredients is like computational thinking, you might think of a software algorithm as a kind of recipe: a step-by-step guide on how to take a bunch of random ingredients and start layering them together in certain quantities, for certain amounts of time, until they produce the outcome you had in mind."

Rob Helvey came to the Software Craftsmanship Guild most recently from South Carolina. With 20 years of working in the restaurant industry, he had held the full range of roles from executive chef to operations manager, and with a brother in the software field, couldn't ignore the parallels he kept observing when the two talked careers. "The pace, pressure, and time constraints under which I typically worked have helped me manage my time and adapt to challenges as necessary" said Rob about adjusting to a new discipline. And he's excited to embark on his new career, "I look forward to having a "normal" life, that life of working weekdays, actually getting health benefits.... all of those things that people who have never endured the hospitality business take for granted." 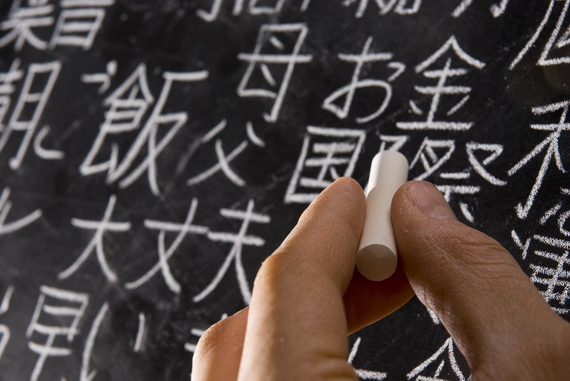 The rise in the popularity in computer coding in our education systems has lead politicians to promote the idea that foreign language credits be given students who take courses in computer programming. However, while the Spanish that you learnt in college is largely relevant today, and still might help you navigate the streets of Madrid, anyone who was taught FORTRAN will tell you that the same doesn't hold true in today's world of software development. That said, there's evidence that mastering a foreign language does have a significant impact on an individual's cognitive ability.

While the nuances of foreign language communication don't always directly correlate with the precise communication required of crisp and concise code writing, the mental flexibility to master syntax and translate intent into meaning suggest that language mastery is a good indicator of a more friction-less pathway to learning to code.

Christopher Becker gained a PHD in Linguistics and mastered one of the hardest languages, Russian. His career in academics saw him developing curriculum, lecturing and working in Michigan, Ohio, and California. He began to become increasingly interested in learning code and took the initiative on his own to teach himself the basics of Python through books and online resources."Many of the same principles used in coding are used in linguistics: variables, scope domains, functions, recursion, nested relationships, hierarchies, set relations, etc." said Christopher,"but I recognized that in the same way that I had to move to Russia to master that language, I needed to take an immersive approach to learning to code. It wasn't easy, but I know my background accelerated my understanding." Christopher entered into our Java cohort in January and returns now to opportunities in Michigan with a new and valuable skill set.

Language skills, musicality and cooking each lend themselves well to learning to code. At the Software Craftsmanship Guild we recognize that at a high level good coders tend to be natural problem solvers, they have attention to detail and they relish the opportunity to develop themselves and master new concepts. We are continually surprised by the wide variety of backgrounds of our students and thrilled to see them successfully make a fulfilling career change.

If you're curious to know if your natural aptitude lends itself to this exciting and rapidly growing career field, take a few minutes and try our mini aptitude test to quickly uncover if this is the path for you!