As 2014 draws to an end, the outlook for crowdfunding does not wane one bit despite growing up pains.

The Tabb Group has estimated that the market will hit $17 billion in 2015 after having been forecasted to touch $10 billion in 2014 with more than 1000 new platforms formed. Some of the funding will come from angel investors who could invest a total of $50 billion in 2015 across all funding opportunities compared to $22.9 billion in 2012, though a more conservative estimate puts the figure at $28 billion.

Research from the Tabb Group indicates that the type of lending which allowed the virtual reality goggles manufacturer Oculus to be acquired for $2 billion by Facebook shortly after raising its initial funding from crowdfunding website Kickstarter should continue to expand. It is expected to more than double over the next few years.

What's in store for crowdfunding in 2015? Here are four major trends in the horizon: 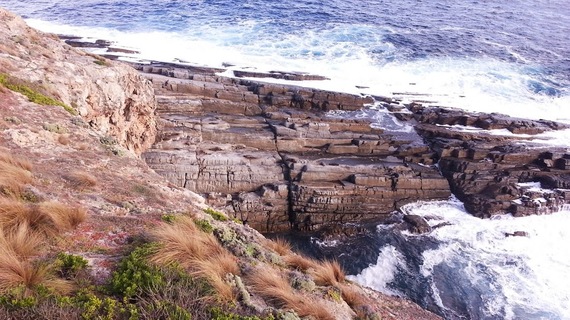 The SEC has delayed the promulgation of crowdfunding regulations because it appears to us that it has its share of fears and is trapped in the no-man's land between insufficient regulation, which could hurt investors, and too much regulation, which could negatively affect the entire concept. It seems that even with the legislation in its current state which comes to almost 600 pages, it is not entirely convinced that this is the balance between too much and too little regulation. It is becoming increasingly clear that the reporting and disclosure requirements of Regulation Crowdfunding could result in significant additional costs for issues. We would venture to predict that the regulations, whatever their final form, will be promulgated at the end of 2015 and will come into use in the year 2016.

The industry registered breakneck growth in 2014 and has reached the point where it is regarded as a replacement for banks in many areas for both entrepreneurs and investors. It has also been suggested that it could replace other forms of financing such as venture capital and angel investing. However, we believe that until the industry reaches a certain size and provides some answers to questions such as successful exit points for investors, it will continue its present role of supplementing and complementing more traditional sources of finance.

However, it is abundantly clear to us that the number of crowdfunding platforms in existence will start to decline at the start of 2015 simply because many platforms will simply not make the cut. There will also be a wave of consolidation in an effort to provide investors with the kind of returns which will satisfy them. The leaders of today should continue to be the leaders in 2015. There could also be a major acquisition of a crowdfunding platform by a major Fortune 500 company.

3. Regulation Crowdfunding Will Become a Hot Issue in the Next Presidential Election

Frustration in the states with the slow progress made by SEC continues to grow and a dozen states are processing or considering regulation of their own. For instance, the state of Washington is considering legislation which would allow local companies to use crowdfunding in 2015. Crowdfunding has the potential to become a truly bipartisan issue in the next presidential election. The Republicans will back it because of the boost to business and the economy and the emphatic reiteration of states' rights. The Democrats will back it because it involves organization at the community level, promotes the revitalization of business, and increases the social mobility of citizens. Regulators should be happy with the protection against investor fraud, businesses should flourish because of the increased access to capital and investors will be happy with the creation of a new asset class. All in all, a win-win for everybody concerned.

4. The Likes of Blackstone and Andreessen Horowitz Could Set Up Crowdfunding Portals

The exponential growth in crowdfunding, which could see the market value for developing countries to reach at about $96 billion annually over the next 25 years, will see a great deal of interest from major venture capital players to the extent that they will be setting up their own crowdfunding portals. After all, this estimate is almost double the size of the venture capital industry today, and it is easy to conclude that the likes of the major venture capitalists such as Blackstone and Andreessen Horowitz must be studying this prospect seriously. After all, Andreessen Horowitz has led a B funding round of $23 million for Crowdtilt which has ambitions of building the definitive crowdfunding horizontal platform and invested $20 million in the innovative T-shirt crowdfunding platform Teespring. And Blackstone, the giant hedge fund manager, is unlikely to be left behind. Our prediction for 2015 is that we should see crowdfunding portals from both these companies as well as a number of other traditional financing institutions.