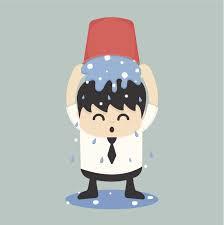 Why, exactly, did the famous #ALSIceBucketChallenge raise over $100 million within a couple of months? And what spurred people to support the challenge by creating more than 17 million videos that were viewed more than 10 billion times on Facebook alone? That contagious stunt, according to Shareology author, Bryan Kramer, involved a four-step formula for "making something crowdworthy." Inherent in his approach was creating a visual vignette in which others can quickly picture a role they would be proud to play in it. Former movie executive and Tell to Win author Peter Guber calls this crafting a purposeful narrative. 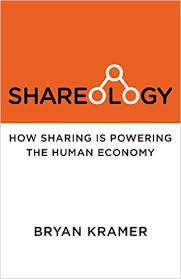 Kramer dubs this "making something crowdworthy." In keeping with the mutuality mindset of enabling others to feel proud to participate, Human to Human (H2H) advocate, Kramer prefers the term "crowdworthy" rather than "going viral" "because it puts the power into the hands of the people sharing it instead of celebrating the genius behind the person who created it."

Here are Kramer's four steps to scaling avid participation in "our" campaign:
1. "Have a simple human concept'
2. Create a structured plan
3. Invite people to the party
4. Apply the rules of impro

1. The ALS Ice Bucket concept was a startling, easy-to-replicate stunt - get videoed reacting to the chilling experience of someone dumping buckets of ice over your head.

2. The plan was a call for action evoked the scarcity nudge to respond quickly. The person featured in the video, who had ice dropped their head, invited three people to emulate the ice bucket dump within twenty-four hours.

3. Calling on three people, usually friends, replicate the stunt, visibly evoke the "social proof" nudge that made those people proud to participate.
Plus, naming three people each time, rapidly scaled participation, as a virtuous circle does. After all, who wants to feel left out?

4. As in improv participants could and did add both variations to their version of the stunt - and new charities that could benefit from their doing it. And, as Kramer noted, "Group challenges started emerging in addition to individuals: entire NFL teams were challenging other teams together!"

Perhaps I have primed the pump for you to read Kramer's book that offers over 300 actionable insights with relevant stories. Here are just two more tidbits from his responsive friends:

• Twitter Power 3.0 author Joel Comm: "No matter where you are on social you have to find out where your engagement is. If you enjoy using it and your followers engage with you there, you should be there."

Those who are generous, helpful givers, as Give and Take author, Adam Grant and Bryan Kramer demonstrate, are most likely to have satisfying, accomplished lives with others. Kramer's view on our near future: " Right now we're seeing threads of this fabric being woven into the human economy, but we're rapidly moving into a culture where sharing becomes whole cloth."