LONDON (Reuters) - A quarter of dogs competing in the world’s biggest dog show are overweight, scientists said on Monday.

An analysis of canines at Britain's Crufts show - held annually since the reign of Queen Victoria - found 74 percent were in ideal condition but 26 percent were overweight.

None of the animals studied were underweight, researchers from the University of Liverpool reported in the journal Veterinary Record.

The team reached their conclusions after studying 1,000 images of 28 dog breeds placed between first and fifth in their class during competitions from 2001 to 2013.

The issue was most pronounced in certain breeds, with 80 percent of pugs, 68 percent of Basset hounds and 63 percent of Labradors proving excessively fat.

While obesity at Crufts is still less common than in the general pet population, researcher Alex German said the proportion of overweight animals was a concern because show dogs were assumed to be perfect specimens of their breed.

Show Dogs Are Fatter Than You Might Expect
Crufts Dog Show 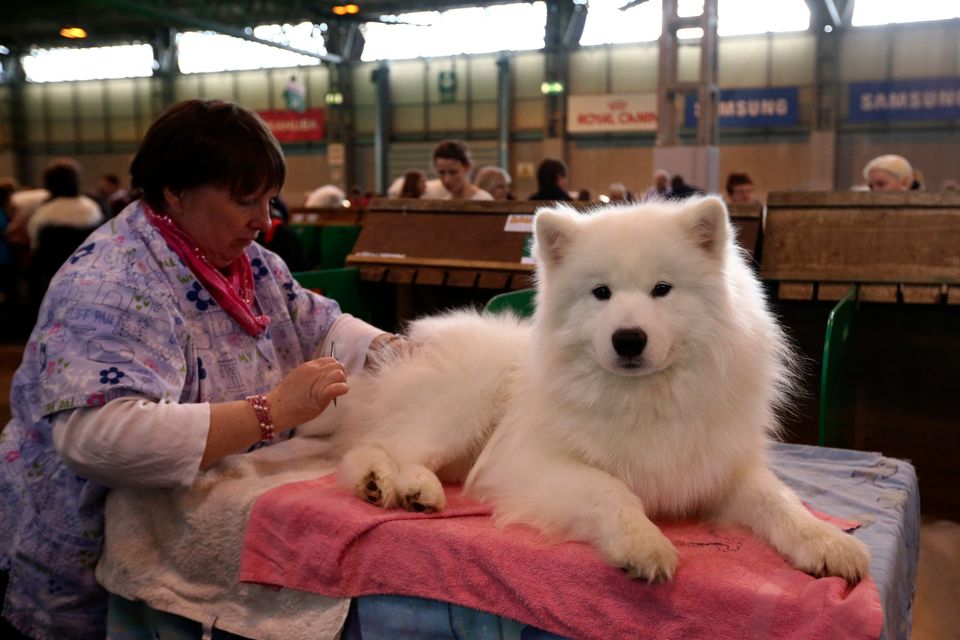 1 / 57
BIRMINGHAM, ENGLAND - MARCH 06: A Samoyed is groomed on the second day of Crufts dog show at the National Exhibition Centre on March 6, 2015 in Birmingham, England. First held in 1891, Crufts is said to be the largest show of its kind in the world, the annual four-day event, features thousands of dogs, with competitors travelling from countries across the globe to take part and vie for the coveted title of 'Best in Show'. (Photo by Carl Court/Getty Images)
Getty Images