It's well established that Ted Cruz's wheelhouse is using the bigotry of the American social conservative movement to further his candidacy. To the surprise of nobody who's been paying attention to his campaign thus far, Cruz has chosen to use the so-called "bathroom bills" spreading around the country as wedge issues to drive turnout in the remaining primary elections.

All Cruz is really doing is reminding Americans that social conservatism was born in anti-integration politics and anti-gay hysteria. 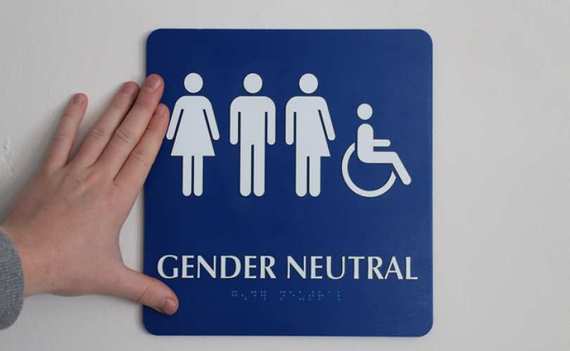 The similarities between denying Americans proper access to bathrooms due to their gender identity and due to their race should be clear. These similarities are only highlighted by the fact that many of the states moving forward with these repressive laws today are the same states that by and large enforced segregation by race in the first half of the twentieth century.

Even the visual representation of the repression is the same- old white men clinging to power passing laws to stop progress, angry policemen enforcing repressive laws, and uncanny-valley-faced politicians defending the bigoted laws to further their national careers.

For the latter, where Nixon, and later Reagan, used coded language to present political co-option of white resentment over integration, Cruz is going overboard in his appeal to the descendants of the silent majority. 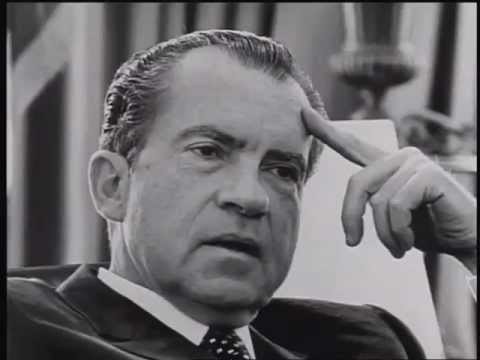 When Nixon made his "law and order" pitch to what became known first as the "silent majority" and later as the "moral majority," he was making a careful political calculation. It would have been political suicide for him to use the kind of direct and blunt language that George Wallace was spewing to his right- but he still needed to tap into the potent resentment that had grown out of the civil rights movement.

Therefore, Nixon used carefully selected language to signal his allegiance to the angry white right wing while allowing those with less extreme views to feel okay about voting for him.

At the same time that Nixon was manipulating the white backlash to the civil rights movement for electoral gain, preachers like Jerry Falwell were moving from railing against integration from the pulpit to building a movement against the social changes of the prior two decades.

That movement of social conservatism would have repercussions for years to come. 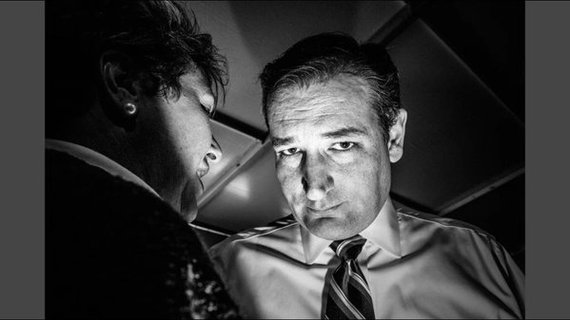 Ted Cruz's brand of hard-right conservatism was not formed in a vacuum. His father's journey from alcoholic philanderer to fire-breathing evangelist followed the typical path for many of a right-wing and Christian persuasion - the fall before redemption.

Cruz's drive for power is his real religion. Every move the Texan has made over the past two decades has been calculated to get him to this moment - where he is within spitting distance of the presidency if he can only steal it from Donald Trump and convince his entire political party to stop hating him.

And that might work if he wasn't picking this particular toilet shaped hill to die on. Unfortunately for Cruz (and fortunately for the rest of us) the country has moved on over the past decade on social issues. It was only 12 years ago that George W. Bush was able to use gay marriage to get out the vote for his re-election, now that issue is dead, its grave filled by the mention of the institution receiving an encouraging cheer at a GOP debate in late 2015.

WATCH: @tedcruz: "If Donald Trump dresses up as Hillary Clinton, he still can't go to the girl's bathroom." https://t.co/RYB8iZDx2n

This bathroom bill debacle won't even pass the sniff test as an issue in 2016. Yes. It is possible that Cruz can use these bigoted attacks to peel some delegates off from Trump's lead in states like Indiana. But in the long run, it's a loser.

The futility of using gender-specific bathroom segregation as a campaign issue for Republicans was exposed on television this Sunday on none other than FOX News.

"We actually tried to find out whether it is a public safety issue," FOX News Sunday host Chris Wallace told the show's panel. "This seems to be a solution in search of a problem."

Instead of bringing the social conservative movement another victory, Cruz's manipulation of the bigotry of his base will only serve to expose its roots in fear and hate. It will ensure that no matter who gets the nod for the Republicans in July, the nominee will be saddled with the ugly truth of the GOP's last fifty years of prejudice.