Sometimes, it can be difficult to find exactly the right words. If you’re, say, asking for a raise, the same words that might inspire one boss to give your salary a bump could make another simmer with resentment. Luckily, the start-up Crystal has engineered an algorithm that can figure out exactly how to ask your boss for a raise, specifically catered, Crystal claims, to your boss’ preferences based on their online activity.

Crystal is an email add-on that works by scraping the web for public data on a person via sites like Google and Facebook to figure out their personality and the best way to talk to them. (If you haven’t checked out what Crystal thinks your personality is, you should. It’s the best party game.) When I tried writing all my emails using Crystal for a month last year, it mainly doled out generalized advice, like to use emoticons, to tell a few jokes and to avoid meaningless words like “awesome.” Now, though, Crystal can actually put words in your mouth, drawing up fully formed, personality-driven emails for scenarios like asking someone for a raise or rejecting them from a job.

Last year, I consulted Crystal to help get a job at Fusion. So I decided to consult it again about how to get a raise. In approaching my editor, Kashmir Hill, Crystal suggested I play it casual, rely on data to highlight my achievements and avoid being too blunt.

“Get them excited about future opportunity,” Crystal advised, “but also allow them to back up his own excitement with sound reasoning.”

The fact that Crystal thinks Kashmir is a man -- she’s not -- gave me a little less confidence in the algorithm.

But here’s how Crystal drafted my raise ask:

Obviously, this email would require a few tweaks. (I don’t know about any “25 percent increase” in my writing abilities.) But not bad, right? Kashmir said it was a “good email.”

If I was looking for a job, this is how Crystal suggested I approach Kashmir about the opportunity:

Crystal founder Drew D’Agostino told me that the emails are generated based on the personality profiles of the two people on the email thread, in this case myself and Kashmir. He said that Crystal doesn’t draw on any personal communications, such as emails between you and your boss.

“Based on the recipient, we took a lot of the same types of ‘suggestions,’ ‘what to say,’ and ‘what to avoid’ phrases that we would normally make in real-time, and incorporated them into the most common anxiety-inducing emails people tend to send,” D’Agostino told me via email.

Crystal’s new feature isn’t intended to replace human-to-human communication -- I’ve never worked in marketing, so obviously my job-seeking email would require adding my own personal touch. (Crystal does provide real-time advice on your edits, but they’re certainly not perfect: I edited my raise request to end with “you suck” and it still told me I’d done a good job.)

But D’Agostino does imagine algorithms that can do more and more of the heavy lifting when it comes to conversation. Last fall, he told me that he imagines expanding Crystal to use in our lives outside of the office too, like perhaps integrating it into online dating. And as Crystal’s data set expands, it will only improve, becoming more and more adept at figuring out exactly what it is that we all want to hear.

In a way, it sounds great. I’m constantly fighting to stay on top of my inbox. The idea of an algorithm that knows me well pre-populating responses for me that I just have to edit has an appeal.

But I’m still skeptical that an algorithm could really know how to approach people I know in real life better than me -- are we really just the sum of our digital footprint? After all, it doesn’t take an algorithm to figure out that my boss isn’t a dude.

Want A Raise? This App Will Make The Ask For You.
Preventing Job Burnout 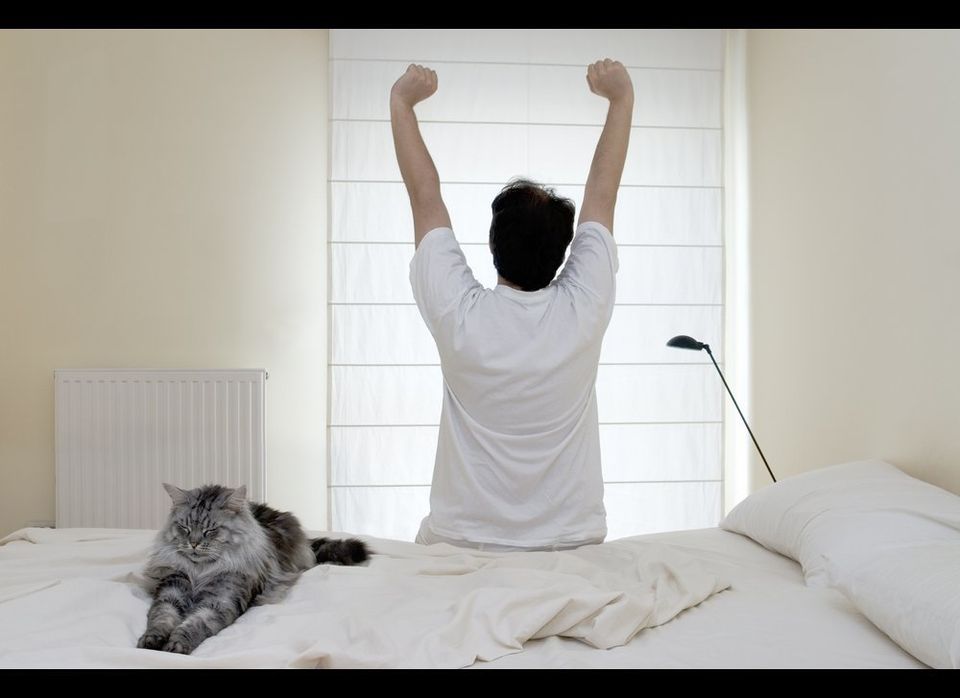