You can't accuse Hef of marrying somebody half his age. More like a third.

She was Playmate of the Month in December 2009.

Hef became a free man after divorcing wife Kimberley Conrad this year. Not that marriage ever slowed down his dating life. He divorced his first wife, Mildred Williams, in 1959. This Friday, more than half a century later, he tweeted:

After the movie tonight, Crystal & I exchanged gifts. I gave Crystal a ring. A truly memorable Christmas Eve.

The following day, he clarified:

When I gave Crystal the ring, she burst into tears. This is the happiest Christmas weekend in memory.

Yes, the ring I gave Crystal is an engagement ring. I didn't mean to make a mystery out of it. A very merry Christmas to all.

She retweeted that last one. Ahh, modern love. 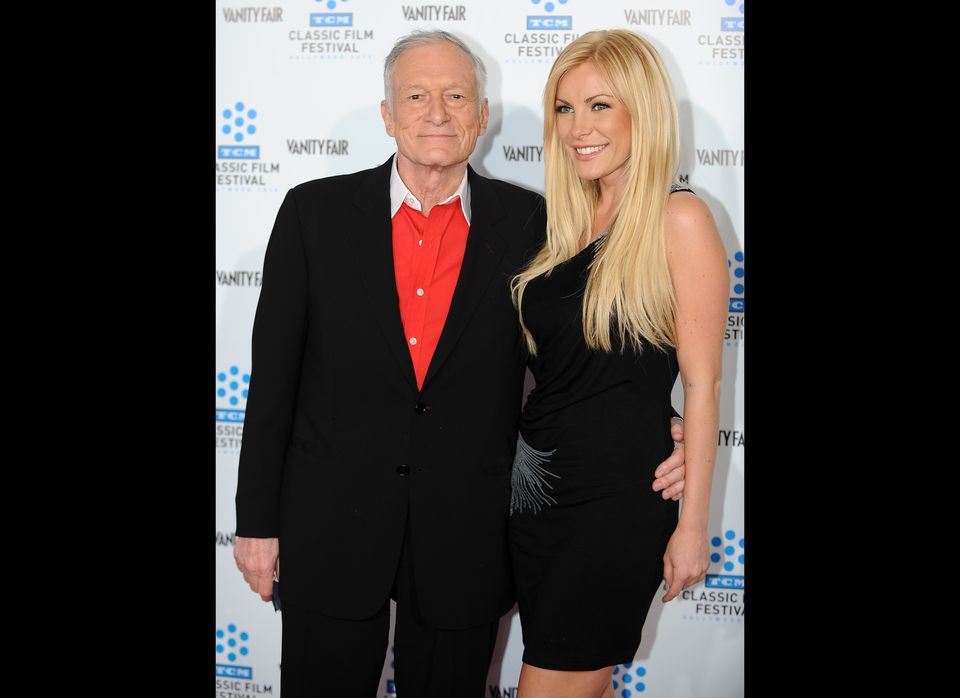