A little over a year ago, I found myself channeling Chaucer, embarking on my own pilgrimage while studying abroad in York, UK. Instead of Canterbury, however, my destination was Oxford. And instead of St. Thomas a Beckett, I sought the sites of another divine: Clive Staples Lewis.

I was never much into "The Chronicles of Narnia," but when I read Lewis' "Mere Christianity" at the age of 16, it completely changed the way I thought of my faith. Lewis has provided answers to millions since his death in 1963, speaking to an age that views traditional expressions of faith -- and even faith itself -- with skepticism. And as I boarded the train from York to London in desperate need of answers to my own questions, I hoped Lewis could help me.

I was at a pivotal point in my own faith journey. In the throes of discerning a call to ordained ministry in the Episcopal Church, I had just come out of a complete upheaval of my previous religious identity as a Southern Baptist.

After disembarking the train at the Oxford train station and checking into my B&B, I headed up to Headington just North of Oxford to pay a visit to Lewis's grave and to make an appointment to tour Lewis's nearby home, The Kilns.

The tiny church where Lewis lies buried is idyllic. It sits in the cleft of a gentle valley, at the end of a narrow, winding road lined with pretty houses. The area around the church itself is surprisingly wooded, and so serene. I heeded the signs on the parish gate and found the Lewis' marker -- a large marble slab -- situated beneath an ancient tree. Bright flower buds carpeted the grass leading up to the grave as if to point pilgrims like myself in the right direction.

In his book "The Great Divorce," Lewis posited heaven as a celestial country more real than our own, where the grass pierces the feet of those unfit to stand upon it. Something about the sight of the flowers made me think he had made it there. I paid my solemn respects and, after a few moments of silence, turned to leave.

Though The Kilns has a new life as a living space for scholars and students doing research at the university, it still bares the marks of the man who had once called this place home. I felt transported into Lewis's life as I stepped through the front door, and was nearly moved to tears when, at the end of my tour, my guide took me into a downstairs bedroom where Lewis died.

"He had collapsed onto the floor," my guide told me, her voice trembling slightly. "Warnie (Lewis's brother) found him lying there, and he died shortly thereafter."

The marble grave marker flashed through my head, and the epitaph inscribed upon it: Men must endure their going hence.

On day two, I toured the colleges. For dinner I stopped for a meal at the Eagle and Child -- the pub where Lewis, Tolkien, and the others who called themselves "the Inklings" met to read their work to one another. I tried to imagine what it would have been like in their day, drinks at their elbows, pipe smoke swirling toward the ceiling, a small fire crackling in the fireplace. I tried to listen to their conversation. I hoped I'd hear a piece of sage advice that would help me articulate where my fear came from, that would help me articulate my vocation.

The next day, after lunch at Magdalen College (where Lewis taught), I was shown the way to Addison's Walk by a man I had met at my table. Named after the 18th century writer Joseph Addison, this wooded, creek-side path bore particular significance for my pilgrimage. Lewis frequently walked this path with his friends JRR Tolkien and Hugo Dyson, and while on one of these walks Lewis became convinced of the veracity of his Christian faith. In a very real way, that one walk down this dirt path altered Christianity in the 20th century and literally changed the world.

To be fair, I didn't expect anything of that magnitude to happen as I walked down Addison's Walk, but I was hoping that a little of that energy still hung in the air somewhere for me to absorb.

For him, it was all about myth, and how myth became fact in the life of Jesus Christ. In many modern stories of Lewis, I think evangelicals try to spin this moment on Addison's walk as a conversion experience, but I believe Lewis himself remarked that he felt he never had one. Instead, Lewis' decision to accept his Christian faith came almost imperceptibly.

As I would discover later, my acceptance of my vocation as a priest in the Episcopal Church would occur in a similar way -- subtly, quietly, in the way that scripture describes God speaking in a "still, small voice."

Looking back, that trip to Oxford was a defining moment in my discernment. It showed me what questions to ask, pointing me down the path that eventually led to some semblance of clarity. I found myself thinking of Chaucer's pilgrims, and dwelling on the fact that they never reached their destination; Chaucer never finished "The Canterbury Tales." Yet, as I learned, a pilgrimage is not necessarily about completeness. It's about questions. And it was Lewis who taught me how to ask them.

In The Footsteps Of C.S. Lewis: A Pilgrimage
C.S. Lewis Photos 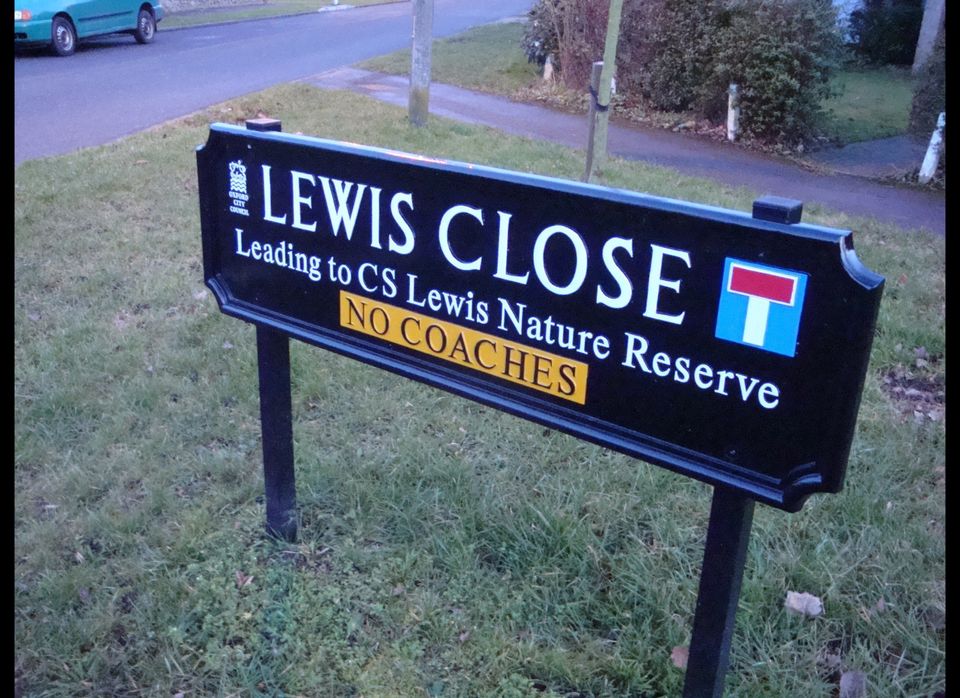