My mortality was so connected with the births of both of my children. I was sure I would die. I faced it, trembled against it, tried to strangle it in sweating palms. Birthing my children was something like dying and being born.

My friend just delivered her third baby via caesarian section. She wrote about longing to know what it was like to birth a baby naturally, about how she felt pain and regret over never getting to be a beautiful birth goddess in a pool of water, surrounded by soft light and positive energy. There is a sort of club for women who have labored and pushed a baby out of their bodies. "We don't belong to that club," she said.

I wrote back to her, saying:

My first daughter's birth was traumatic and mishandled, too, and it totally destroyed me. I wanted to try for a VBAC with my second. I asked my doctor if it would be a possibility and he didn't even look up at me as he uttered a clipped, "Well, no." I hated him for a moment. I thought about switching doctors, but I was afraid. I'd bled in the beginning and was so sure I would lose her. I spared myself the probability of having a traumatic second birth and scheduled a c-section. It wasn't a choice I wanted to make, but I just wanted my girl to be here, safe.

I've felt a loss so many times about how I will never birth a baby naturally. I HATED my c-sections. I had a terrible time recovering from both of them. It was hard on all of us, my whole family, for me to be so weak and tiny and incapable when I needed to feel empowered and strong. I felt so sad that I would never have a beautiful, empowering birth... never be a birth warrior and goddess. It sucked.

But, there was a moment after my section with Louise where I got out of bed for the first time and walked to the shower. Everything was quiet. My baby girl was sleeping. My husband, Kurt, was holding my hands and trying to help me. It hurt so bad that I was nauseated and started dry heaving. The straining of my torn and abused stomach muscles put me over the edge into a universe of suffering and pain. I thought I couldn't, it was too far, but I made it across the room and into the shower. I stood there, gray-faced and trembling and sobbed and sobbed while the water ran over my defeated, mutilated body. I couldn't bend down to wash myself. My head was spinning. I focused all of my concentration on fending off the nausea. My husband got onto his hands and knees and crawled onto the floor of the shower. He knelt at my feet, fully clothed and getting soaked by the warm water. He washed my feet and my legs and my incision, also my deflated and sagging stomach. He looked up at me and he was crying. He wrapped his arms around my thighs and held on to me tight. He cried and said, "Thank you."

I will never know what it's like to triumph in birthing a baby, but I feel like I became a warrior and a goddess in my own, lopsided way.

I mourned the births of my children. What I went through didn't seem right. It barely seemed human. It didn't seem possible to endure. I returned home on legs that would barely carry me, and I was expected to carry the lives of my children, of the most important and beautiful people to ever exist. My body was gutted, destroyed. Nothing worked. I couldn't make it to the top of the stairs. I couldn't feed my babies with my breasts. I know that some of you think I simply didn't try hard enough, but you're wrong. I suffered greatly to feed my children, tried like the last breath of a stumbling woman in a desert. I hated everything about how my birth experiences unfolded, hated every bottle, every moment of guilt and panic and all the ways I was lacking.

But also, here we are, six years later, my girls and me.

Our love bloomed and bled across the expanse of my life. I thought I wouldn't survive, and instead I thrived. became a thing like the sky. I grew arms like oaks. Love wound through my guts like a creeping vine. It squirmed inside of me, breaking free of me and shooting skyward. My love propped me on a living, pulsating scaffolding of bravery and truth and tethered me to the sun. I thought I would be annihilated by the fear. There was a dark eleventh hour. My finger bones snapped and I gnashed my teeth. I became a mama goddess, too. I became a wonder of fertility, of softness, of late nights and warm beds; a body capable of unimaginable things. I labored and tore open, too. 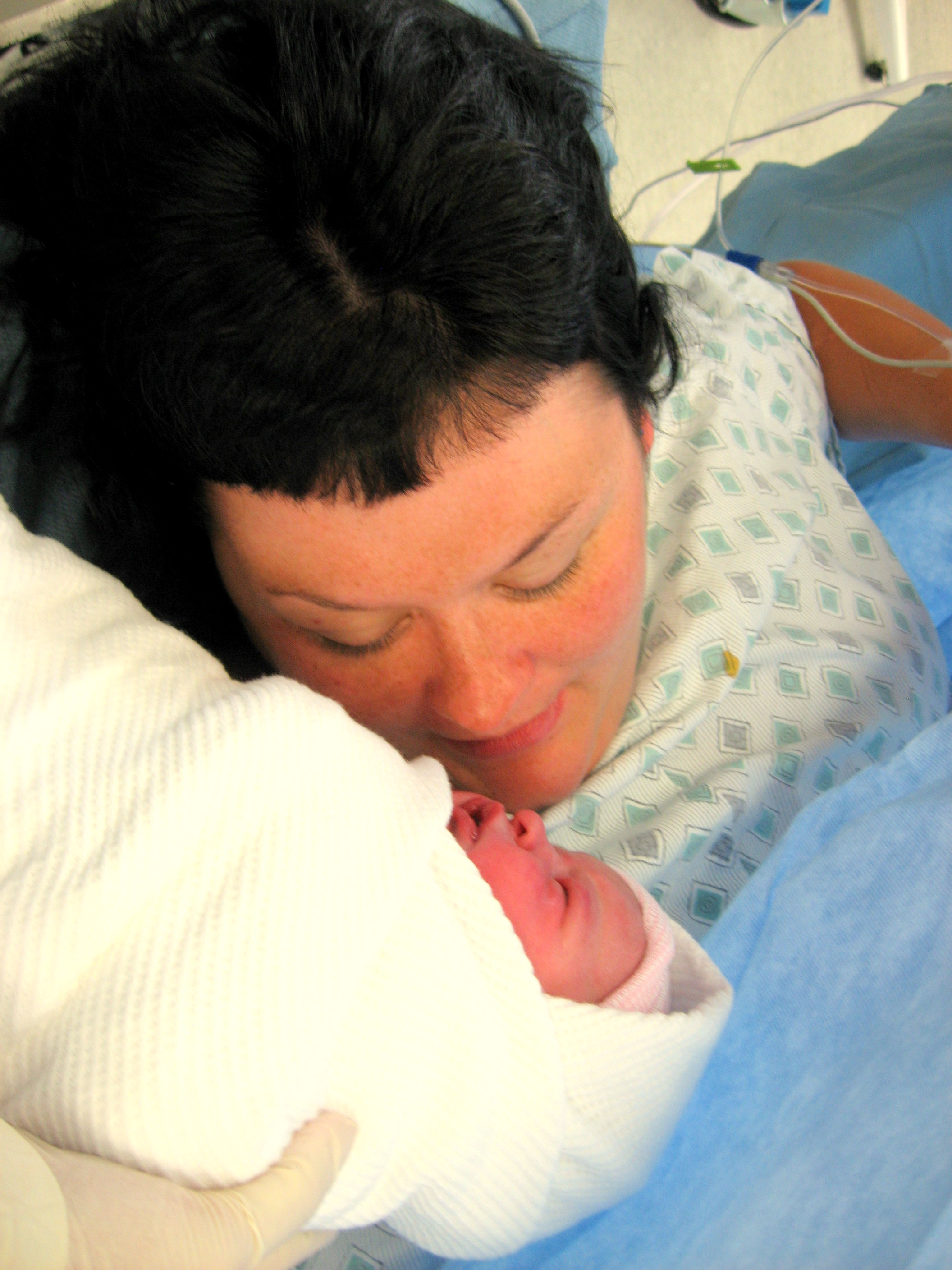 This piece was originally published at Last Mom On Earth.