Scientists have discovered two new species of strange-looking microbes that live in the bellies of termites, and they've named the creatures Cthulhu and Cthylla, an ode to H.P. Lovecraft's pantheon of horrible monsters.

Even though Lovecraft said the mere existence of Cthulhu was beyond human comprehension, the 20th-century American sci-fi author described the ocean-dwelling creature as vaguely anthropomorphic, but with an octopus-like head, a face full of feelers, and a scaly, rubbery, bloated body with claws and narrow wings.

The microbe Cthulhu macrofasciculumque doesn't appear quite as frightful under a microscope, but it does have a bundle of more than 20 flagella that resembles a tuft of tentacles beating in sync.

"When we first saw them under the microscope they had this unique motion, it looked almost like an octopus swimming," researcher Erick James, of the University of British Columbia, said in a statement. [See Images of the Squiggly Lovecraft Monsters] 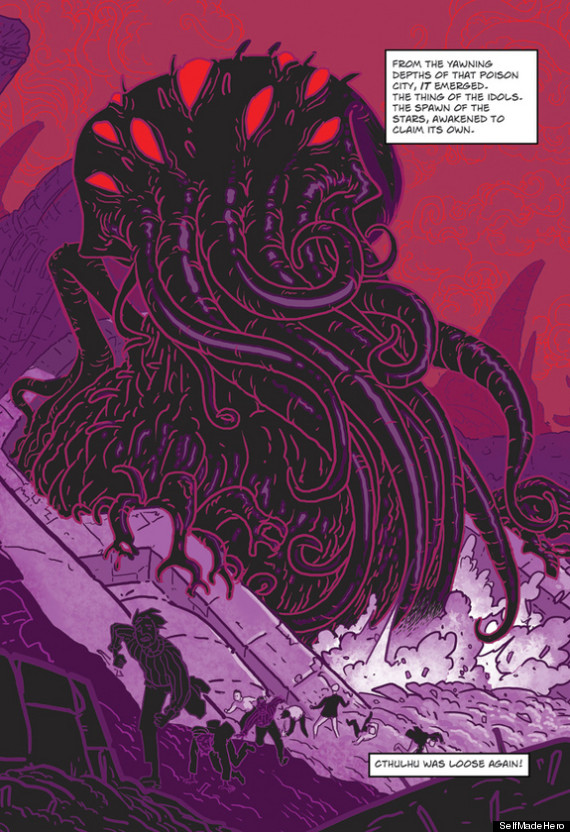 Lovecraft described the ocean-dwelling creature as vaguely anthropomorphic, but with an octopus-like head, a face full of feelers, and a scaly, rubbery, bloated body with claws and narrow wings.

Cthylla microfasciculumque, meanwhile, is smaller sporting just five flagella, and is named for the Cthylla, the secret daughter of Cthulhu, generally portrayed as a winged cephalopod. Cthylla was not a creation of Lovecraft, but rather British writer Brian Lumley, who added to the "Cthulhu Mythos" in the 1970s.

The little protists, smaller than a tenth of a millimeter, are part the rich community of gut microbes that help termites turn wood into digestible sugar (which is why the pests can eat up the walls of a home fairly quickly).

"The huge diversity of microbial organisms is a completely untapped resource," said James. "Studying protists can tell us about the evolution of organisms. Some protists cause diseases, but others live in symbiotic relationships, like these flagellates in the intestines of termites."

James and colleagues published their findings online March 18 in the journal PLOS ONE.

If you're curious about how to say the names of the newfound creatures out loud, the researchers note that Lovecraft gave different pronunciations for Cthulhu because the name was supposed to come from an alien language, impossible for the human vocal capacity to mimic. "Ke-thoo-loo" is thought to be the safe approximation for Cthulhu, whereas Cthylla is often pronounced "ke-thil-a."