Chicago Mayor Rahm Emanuel and his allies were warned in April this was coming.

A day after the mayor's hand-picked board of education OKed the closure of 50 Chicago Public Schools to supposedly stymie a $1 billion budget shortfall, the Chicago Teachers Union renewed its promise to challenge Emanuel for the mayor's seat in 2015.

“Clearly, we have to change the political landscape in the city,” CTU President Karen Lewis said according to the Sun-Times. “We have to go back to old-style democracy.”

Emanuel, who spent Wednesday's vote working from his fifth-floor office at City Hall, was unwavering, saying, "I will absorb the political consequence so our children have a better future."

The union's plan includes ramping up political activity for the purpose of ousting Emanuel, though the plans don't stop with the mayor: The CTU has also vowed to dismantle the mayoral-appointed school board and replace it with an elected one.

Lewis told NPR the "cowboy-mentality" of how the mayor wields power over the school board is "out of control."

"We're starting our deputy registration, and we will be registering voters across the city," Lewis said.

True to their word, the union already has a voter registration scheduled for Thursday at South Side church in the Grand Boulevard neighborhood.

When the union first announced their political action plans in April, they vowed to "change the face" of City Hall and the Illinois General Assembly, targeting any and all mayoral allies.

Of the city's 50 alderman, nine showed at Wednesday's board vote to oppose the school closures, while just one — Ald. Bob Fioretti (2nd) — criticized the mayor specifically.

“All those hearings were a charade,” Fioretti said referring to the CPS-led community hearings on school closures. “I don’t believe the mayor ever attended a hearing.”

Though the political fallout from the aldermen may be relatively weak for Emanuel, having even nine councilmen dissent from the mayor's adenda is something of a lopsided victory; typically, the opposition to the mayor's measures is little to none.

In addition to their political battle, the CTU also has two lawsuits pending against the district stemming from the closures.

Listen to NPR's education report on the fallout from Wednesday school closure vote: 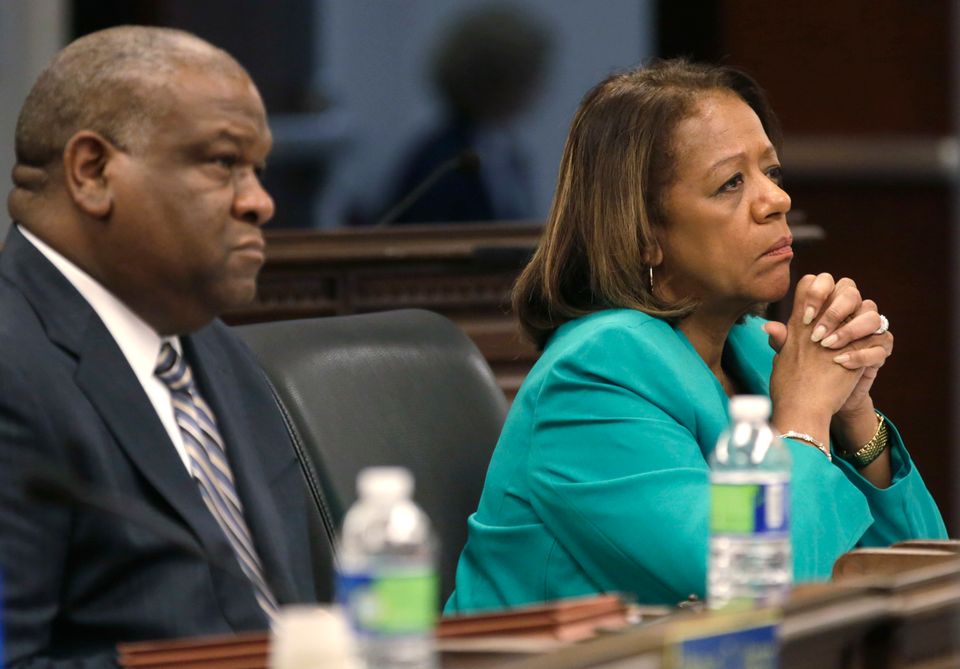