The southernmost tip of the United States is Key West, Florida. Straight out from Key West, a mere 90 miles away, is the island of Cuba. The two countries are geographically so close. This short distance has been noted as significant on several occasions, including President John F. Kennedy during the Cuban Missile Crisis. For Cubans that closeness to the United States has been bittersweet and often the focus of their rage. In the past few weeks I have come to understand why. 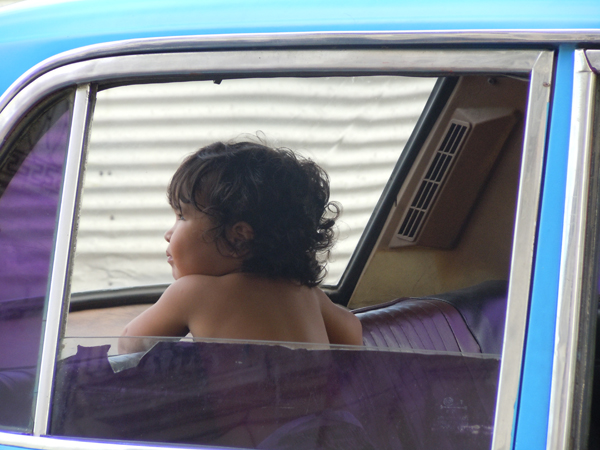 I was lucky enough to participate in a humanitarian effort last week to Havana, Cuba. It's a trip I have dreamed about for many years. Perhaps I have always been partial to the Caribbean because I visited many of the islands with my family growing up. In my late teens, I worked for Carnival Cruise lines as a childrens activity director throughout the Caribbean. So it was with much excitement that I decided to join this trip and visit part of the world that I was largely familiar with.

I always imagined that visiting the island of Cuba would be like a leap back in time to the 1950's and perhaps a simpler way of life.

When we landed on the island, in the capital city of Havana, the first thing that I noticed were the cars. Classic vintage American cars were everywhere. Whether it was the 1954 Chevy Bel-Air Convertible or the 1956 Nash Ambassador, these historic automobiles crooked their steel-bodied chrome my way, and I was a goner.

Growing up in Detroit, I saw many of these cars being revamped and cruising the famed Woodward Boulevard. In Havana (Habana), it was like a profusion of trademark fins and classic colors that blasted my vision. Remarkable. When some sleek new import from Asia or Russia zipped up to the Hotel National to taxi us to our next location, we quickly shook our heads "no" and pointed to the line of old-fashioned cars parked at the curb.

Truly it was like reaching into a box of candy, trying to figure out which one you wanted to taste next. I wanted to try them all.

Before my trip, I delved into the history of Cuba, of U.S.-Cuba relations and the battles and embargoes that ensued. "The US embargo is a commercial, economic, and financial prohibition that began October 1960. It was enacted after Cuba nationalized the properties of United States citizens and corporations and it was strengthened to a near-total embargo since February 7, 1962. " This embargo has been the longest standing in the history of our country.

While we traveled the balmy weathered island, we interacted with many Cuban people. We quickly realized that the embargo did little damage to the Cuban government, but had a dramatic effect on the inhabitants of Cuba -- on their lives, on their available products and their standard of living.

In 1999, U.S. President Bill Clinton expanded the trade embargo even further by ending the practice of foreign subsidiaries of U.S. companies trading with Cuba. In 2000, Clinton authorized the sale of certain "humanitarian" US products to Cuba. Then, President George W. Bush made restrictions for Cuba tighter, I didn't realize why until someone on our trip pointed out to me that at the time of the election, President Bush's brother ran Florida -- and in order to win in Florida (and consequentially in the entire country), you have to keep the U.S.-Cuban population happy. Many of them adamantly want the embargo to continue.

That may seem rather strange as many of these people fled when the revolution happened and they are well aware of the dire living standards of the average Cuban. The average monthly wage on the island is $18, which translates to a yearly salary of $216. Each individual has a food ration card and the government owns everything.

After being on the ground in Cuba, and listening to Cubans, I still don't understand the full scope of the embargo and the United States' reasoning for enacting it. But I do understand enough to ask -- "do we think it time to lift the embargo against Cuba?" I proclaim a resounding yes!

The Cuban people have a love/hate relationship with Americans -- a hate for what they consider our "actions" that have contributed to their suffering, and yet a love, an almost pining for a bridge to be built across those 90 miles to a neighboring country that would offer relief from the dictatorship of Fidel Castro.

The beauty of the island and its richness of culture and charm make the grim circumstances of the Cuban people even more stunning. Legendary writer Ernest Hemingway kept a home in Cuba and he was sometimes asked why he chose to live there. Late in 1948 he responded with an article, his tribute to the island, called "The Great Blue River." Hemingway poetically noted many reasons he adored Cuba, most emphatically the great marlin fishing in the Gulf Stream. The author's partiality to Cuba also comes through in his later novels. When he won the Pulitzer Prize for The Old Man and the Sea, Hemingway left this great prize at Madonna Del Cobre, and dedicated it to the Cuban people. (As of late, the Pulitzer Prize is locked away in a safe. )

Havana is incredibly rich in history and beauty. The remarkable architecture has led some to dub Cuba "The Paris of the West". As much as this diamond in the rough is breathtaking, the very foundations of its buildings are crumbling. For every building that is being revitalized there are a dozen more crumbling. It's hard not to see this historical loss without weeping.

Yes, Cuba's beauty is achingly devastating. The feeling of nostalgia there comes not only from the classic cars, the friendly happy Cubans, but also from a lingering, distant memory of a better life before the embargo.

After six days of visiting a number of charities in the country and experiencing the many sites in Havana, I have left a piece of my heart at Madonna Del Cobre feet. I also struggle with anger at my own country and its effect on these 11 million inhabitants and being frightened of how we might further mess things up with the introduction of "our" capitalism.

The Cuban people could use our help to lift the embargo. Both countries could benefit from free trade and travel. Whether it's through the Cuban Americans in Florida, the U.S. Government, or Castro and his regime, it's time to create a way to travel those simple 90 miles. 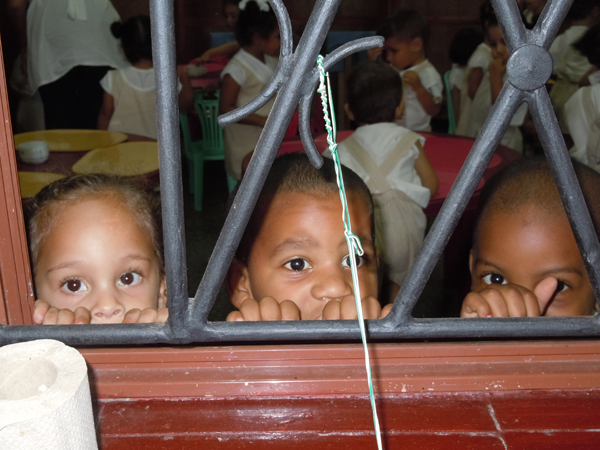