With the year-long drought in Cuba forecast to worsen in the coming months, some residents are harboring what may seem like an unusual hope.

“It is hard to believe, but many of us are hoping for a hurricane,” Nuris Lopez, a hairdresser in Granma province, told Reuters earlier this month. “I might lose my roof, but at least I could clean my house.”

Lopez is one of more than 1 million people in Cuba who are currently relying on trucked-in water to survive. Reuters says one in 10 residents in the Caribbean country have been depending on government tank trucks to make do during a record hot summer.

Last Monday, Cuba reportedly put its civil defense system on alert due the continuing drought that has already depleted the country's reservoirs and destroyed thousands of acres of crops including coffee, rice, sugar cane and tobacco.

“Reservoirs are well below capacity and underground water sources are falling as compared to previous months,” the civil defense system stated.

Cuban journalist Elaine Diaz wrote Wednesday that the drought, which has been caused by the weather phenomenon known as El Nino, was the worst to hit the Caribbean country “in the last century.”

With the rainy season expected to bring lower-than-average rainfall this year, experts say the drought will likely worsen in the coming months.

The Cuban government said emergency measures are already being “taken at all levels, including stricter rationing of water through the state-run waterworks,” per Reuters.

El Nino, a warming of the tropical Pacific Ocean that affects global weather patterns, has caused terrible drought conditions across the Caribbean this year.

“California gets all the attention but in the Caribbean the situation is worse because large-scale water transport is not possible at all,” Toby Ault, a professor in Cornell University’s earth and atmospheric sciences department, told Bloomberg in July.

In Puerto Rico, more than 1.5 million people have been affected by drought while in some areas of the Dominican Republic, people have reportedly gone weeks without “any liquid in the pipes.”

In June, Norman Gibson, scientific officer at the Caribbean Agricultural Research and Development Institute, told The Associated Press that the region's farm sector had already lost more than $1 million in crops and tens of thousands of dollars in livestock due to the dry spell.

“The outlook is very, very bad,” Anthony Herman, who oversees a local farm cooperative in St. Lucia, told the AP. “The trees are dying, the plants are dying ... It's stripping the very life of rivers.” 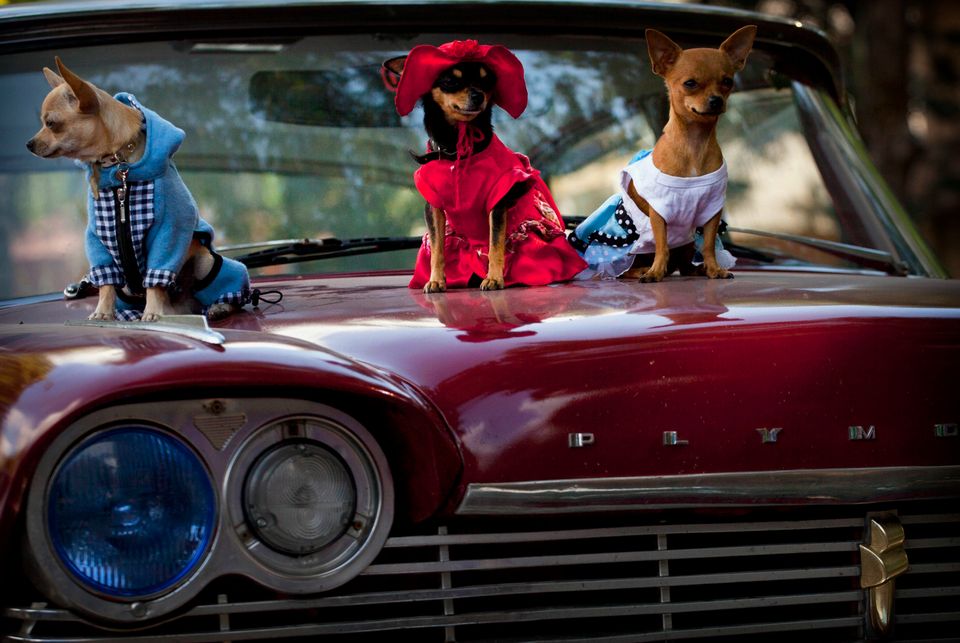 1 / 11
In this Nov. 25, 2012 photo, chihuahua dogs in costume, from left, Petite, Legrand and Lentille, sit on the hood of a classic American car at the Fall Canine Expo in Havana, Cuba. Hundreds of people from all over Cuba and several other countries came for the four-day competition to show off their shih tzus, beagles, schnauzers and cocker spaniels that are the annual Fall Canine Expos star attractions. (AP Photo/Ramon Espinosa)
AP