The U.S. public wants to see the Cuban embargo end.

More than half of Americans are in favor of normalizing the United States' fractured relationship with Cuba, according to a poll released Monday by the Atlantic Council, a nonpartisan think tank. In Florida, including in the Cuban-American stronghold of Miami-Dade County, support for better relations was even higher than the national average, contradicting the conventional wisdom that many Floridians support Washington's aggressive stance against the country.

The poll's findings suggest shifting generational attitudes in how Americans view the island nation, and may give national politicians less incentive to support the restrictions on Cuba in an effort to win Florida's more than two dozen electoral votes.

Nationwide, 56 percent of Americans say they support normalizing relations with Cuba, with the figure jumping to 63 percent for residents of the state of Florida, the poll says. The figure for Latinos nationwide who support a change was also higher than among the general public, at 62 percent.

"This is a key change from the past: Cuba used to be intractable because Florida was intractable," wrote Peter Schechter and Jason Marczak in a report detailing the results of the survey. "This poll argues that this is no longer true."

The U.S. government placed a comprehensive trade embargo on Cuba aimed at toppling its Communist government more than 50 years ago, and Cuba is one of four nations classified by the State Department as a "state sponsor of terrorism."

U.S. presidents of both parties have rarely strayed far from the hard-line attitude prevalent among the generation of Cubans who fled the Castro dictatorship in the 1960s. Even after the fall of the Soviet Union, with communism no longer seen as an existential threat to the United States, few presidential candidates have wanted to antagonize the anti-Castro constituency in Florida, a key swing state in national elections.

President Barack Obama bucked the trend in 2008, winning the state of Florida without the Cuban-American vote. In 2012, Obama carried the once reliably conservative Cuban-American vote in Miami-Dade County, according to the polling organization Bendixen & Amandi International.

The Atlantic Council poll, conducted in January, found that increased engagement with Cuba was relatively popular across party lines, with 60 percent of Democrats and 52 percent of Republicans favoring it.

Undoing the embargo would require a vote from Congress, where a minority of Cuban-American legislators wields a disproportionately strong influence over policy regarding the country.

Earlier this month, when sugar tycoon Alfonso Fanjul told The Washington Post that he’d recently visited Cuba and would consider doing business there "under the right circumstances," several Cuban-American members of Congress pounced on him, calling Fanjul's comments "shameful," "disappointing" and "pathetic."

And last March, U.S. Sen. Marco Rubio (R-Fl.) denounced the idea of relaxing U.S. travel restrictions to the island, saying, "Cuba’s not a zoo, where you pay an admission to go in and you get to watch people living in cages, to see how they're suffering."

The Atlantic Council’s poll, however, offers evidence that the political terrain may be changing, though it’s unclear whether U.S. public opinion will have any more impact on government policy than international criticism has.

Marc Hanson of the Washington Office on Latin America, which has campaigned in recent years to lift travel restrictions to Cuba, said that shifting attitudes in Florida aren't likely to affect Congress in the near future.

"Congress hasn't even been able to keep the lights on for government in the past several years, the idea that it can do something interesting on foreign policy is beyond remote," Hanson wrote in an email to The Huffington Post. "Executive action is where Cuba action will happen."

Obama has taken steps in that direction. Since taking office, he has removed George W. Bush-era restrictions on Cuban-American travel to the island, as well relaxing restrictions on remittances and allowing “purposeful travel” for some U.S. citizens -- a policy known as "people-to-people contacts" aimed at fostering connections between the two societies.

But in 2009, the arrest of Alan Gross, a subcontractor for the U.S. Agency for International Development, appeared to present a major problem for Cuban-American relations. Gross, who said he had traveled to Cuba with the goal of setting up wireless internet connections for Cuba’s small Jewish community, was convicted by a Cuban court of trying to undermine the island's sovereignty.

Cuban Foreign Minister Bruno Rodríguez has hinted that the Castro government would be willing to release Gross in exchange for a group of Cubans once known as the "Cuban five," who were convicted of spying in the United States. René González, one member of the group, was released from prison in 2011. Another, Fernando Gonzalez, is scheduled for release this month.

Arturo López-Levy, a Cuba specialist who has authored a book on the Raúl Castro government, said the Atlantic Council's poll might spur Cuban officials to reconsider what they have to gain from Alan Gross' release, and to search for other strategies to free the remaining three agents.

Some say the United States should make an effort to roll back the embargo whether or not Cuba releases Gross. During a webcast of the presentation in Washington for the Atlantic Council’s poll, U.S. Sen. Patrick Leahy (D-Vt.), who has met with Gross in jail twice in Cuba, called his imprisonment “a stumbling block,” but urged U.S. policymakers to “go forward” with normalization.

Christopher Sabatini, who chairs the Cuba Working Group at the Americas Society and Council of the Americas in New York, took his criticism a step further.

"By any measure the embargo has failed," Sabatini wrote to HuffPost in an email. "Americans -- including Cuban-Americans -- are coming to question the wisdom of a policy that has failed and that looks increasingly like little more than a vendetta cooked up almost a half century ago but that oddly is still in place.” 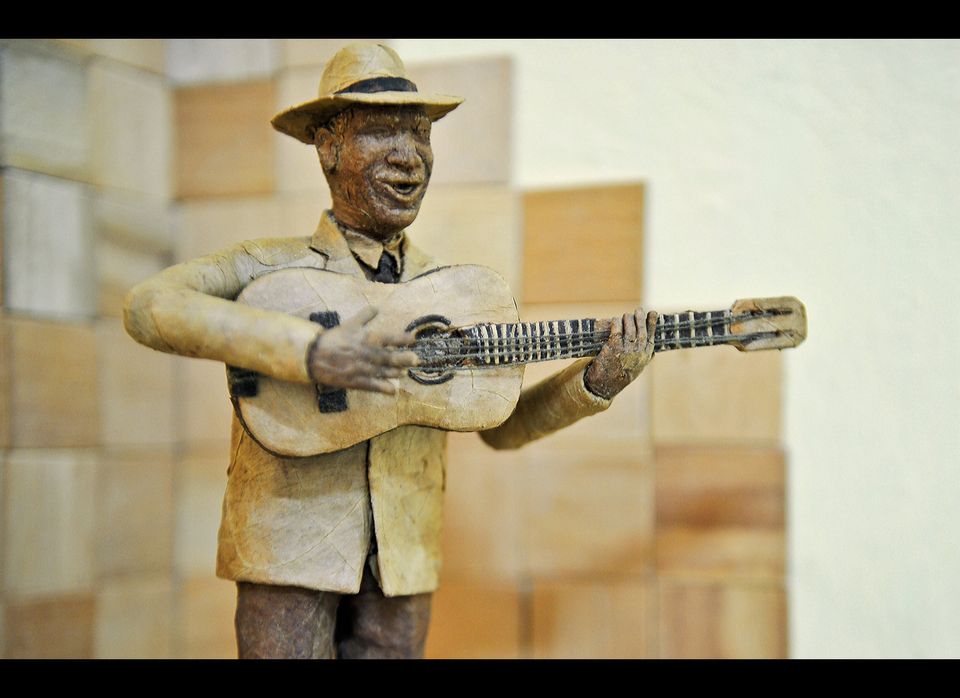