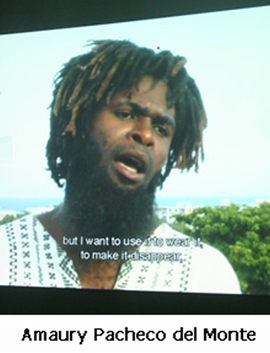 Some days ago, at home, we watched the documentary Cuba Performance dedicated to the artistic work of the group Omni Zona Franca. The room was filled with long-hairs, and even some foreign authors, guests of the Book Fair, climbed the fourteen flights of stairs. Amaury, the protagonist of the film, wasn't present because a few days earlier his son had been born and he was drowning in diapers and sleepless nights. It was Friday the thirteenth with a full moon, but the superstition didn't stop us from enjoying a few hours of creation, freedom and relaxing.

The director of the documentary, Elvira Rodriguez Puerto, lived for weeks with Eligio, David and the other artists of Alamar. Thanks to this close interaction, she manages to show us the mix of poetry, painting, zen and graffiti with which these talented autodidacts have filled the streets of the planned city of the "New Man." Dysfunctional and stigmatized, this unique eastern town is now a place where few want to live, filled with repetitive, identical concrete blocks. Amaury lives and makes his art there, a large black man, he strolls with his miner's hat and flowing tunic. He manages to involve the neighbors in his performance art, making them forget the empty bags they bring back from the market and helping them loosen the rictus of incredulity with which they observe everything.

Our life is full of performance, and of performance art, loaded with symbolism, even though we seem totally linear and mundane. That is the sensation I get listening to the philosophy of this smiling poet who walks with the support of his wooden staff. To wait for the bus, to stand in line for a single bread ration, to trade goods on the black market, to build a small raft to go to sea and even to pretend that we agree, are part of a script we have performed for decades. Yet we yearn for the fluency and ease, the happening and spontaneity with which Amaury moves, so far from fear, conventions and controls. 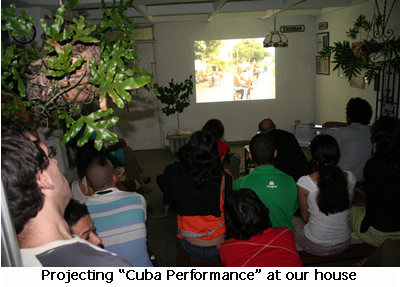 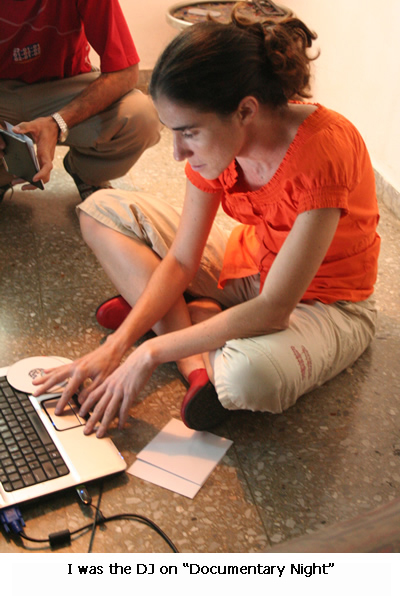 Yoani's Blog, Generation Y, was just named one of the 25 Best Blogs of 2009 by Time Magazine. It can be read in English Translation here.