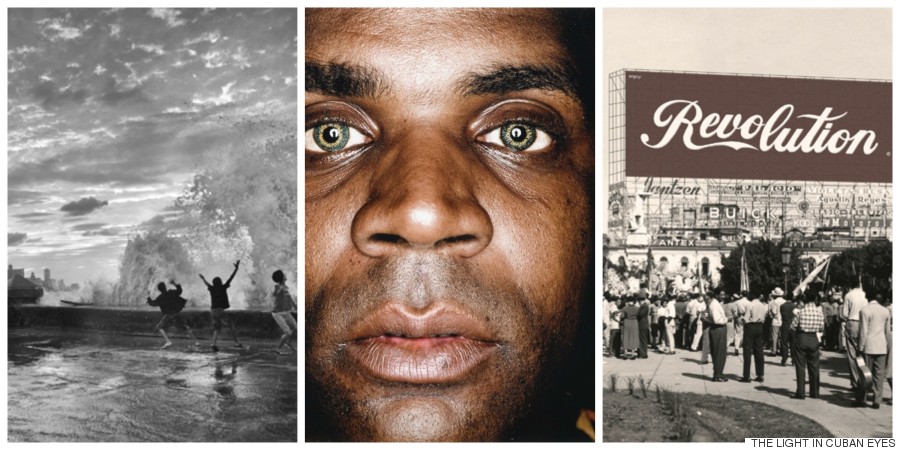 More than 100 years ago, a broad slab of concrete was placed along the seashore in Cuba, stretching five miles from Old Havana to the city’s business district. The Malecón was intended as a barrier -- it would protect Havana from high winds and high tides -- but instead became a bustling cultural landmark. Cuban street photographer Eduardo Garcia finds it ripe with fascinating subjects emblematic of the mood of his country. A woman lounges atop it in a sports bra, kept company by her joyful sons; an older man naps on the rocks beyond it.

In Garcia’s photo "The Wave," three kids relish a break from the heat brought on by a giant splash crashing into the Malecón. Garcia says it’s one of the “most visited sceneries” by Cubans and visitors alike. “It does not distinguish race, age, sex, not even political affiliation,” he writes on his site. “It is a box with the best sight for the carnivals or any spectacle that takes place nearby.”

Garcia's photo is among hundreds compiled in a book and exhibition showcasing the work of Cuban photographers, "The Light in Cuban Eyes." And though his work captures the spirit of the country, especially during its tumultuous "Special Period," it differs greatly from the others anthologized by Robert Mann Gallery. Alfredo Ramos, for example, collected together half-tone images of lips for his more stylized image "Palabras"; Pedro Abascal's more subtly emotive, untitled work uses street art as its backdrop.