Upon hearing of the passing of Fidel Castro, Cuba’s dictator-emeritus, leftist politicians and celebrities wasted no time taking to social media to sing their sweet elegies for the Western Hemisphere’s most notorious tyrant.

Yet these tribute tweets, brimming with unwarranted admiration, soon encountered fierce resistance. There were those who quite sensibly pointed out Castro’s litany of human rights abuses. To speak approvingly of Castro, to eulogize him through euphemism, is to sanitize the legacy of a man who, in addition to committing egregious human rights violations, also tanked one of Latin America’s most historically prosperous economies.

But the Castro enthusiasts were also rebuked by a different sort of argument: the eruption of pure, unbridled celebration on the streets of Miami, the place where many exiled Cubans now call home.

While headlines and hashtags seemed to center mostly on the remarks of Barack Obama, Enrique Peña Nieto, Narendra Modi, and Justin Trudeau, one of the most benighted responses came from the feed of Black Lives Matter.

On Sunday, the organization published an essay, “Lessons from Fidel: Black Lives Matter and the Transition of El Comandante,” in which the leaders of the movement encourage their own to “push back against the rhetoric of the right and come to the defense of El Comandante” as they “aspire to build a world rooted in a vision of freedom and the peace that only comes with justice.”

Lessons from Fidel: Black Lives Matter and the Transition of El Comandante https://t.co/CYTcy6ReIa

The essay is mostly filled with poetic abstractions on revolution, a kind of flowery, fact-free wokelore. For example, there is the romanticizing of Castro’s “few dozen” in the Sierra Maestra mountains  —  an initiative that, to borrow a term from our own President Obama, “altered” the lives of millions. The closest the article comes to criticizing Castro is the innocuous, and vacuous, qualifier: “no leader is without their flaws”.

But even if, on the whole, Castro is taken to be a positive force, shouldn’t a person who has done the following sorts of things face greater scrutiny than that?

Though it reads like it, the above is not dystopian fiction; it is a factual depiction of some of the worst aspects of Cuba under Castro.

Yet the Black Lives Matter movement finds it necessary to downplay his utter failures and oppressive tactics as mere “flaws” in order to highlight his ability to effect revolution and seize power to promote his agenda.

Though Castro’s claims for justice and equality rang loud in the itching ears of oppressed people groups worldwide, his revolution did little to improve the lives of his own, the very nation whose destiny was his to shape.

This begs the question: is not a man’s own house the best testament to his name? The British Labour Party leader Jeremy Corbyn said that Castro “will be remembered as an internationalist.” Apparently, for Corbyn and for BLM, the charred remains of the state under Fidel’s own purview are irrelevant to his legacy.

In addition to disregarding his failures, the BLM article outlines several lessons that can be learned from Castro’s legacy, which in any other context could be read as satire. Here’s a list:

1. “Revolution is continuous and is won first in the hearts and minds of the people and is continually shaped and reshaped by the collective… The revolution begins only when the whole is fully bought in and committed to it. And it is never over.”

While there was plenty of shaping and reshaping after his violent coup, little transpired with the consent of the so-called collective. In fact, since his promise of “free elections” in 1959, the Cuban people haven’t so much as seen the inside of a voting booth. To be fair, though, it is difficult to rally a diverse population of millions to agree on anything. (See: 2016 Election.) And when it came to dealing with fringe groups, Castro’s solution was simple: line them up against a firing squad in front of “el paredón”, and to make sure other dissenters fall in line, televise a few of these gruesome killings. That should do it. Others can be put in prison or sent to labor camps. The rest who never “fully buy in” can board planes and rafts  —  if they’re lucky.

2. “We must not only root for each other but invest in each other’s struggles, lending our voices, bodies, and resources to liberation efforts which may seem distant from the immediacy of our daily existence.”

After the announcement of Castro’s death, which came well after midnight on Friday evening, the streets of Miami filled almost immediately that morning and into the weekend with thousands of exiles celebrating the death of their Stalin.

There is no RIP for Fidel Castro in Miami. Just good riddance. From @fabiolasantiago: https://t.co/XriJ9EcFqS pic.twitter.com/gn6Htql3cc

Though the crowd understands the true liberation of Cuba cannot occur until Fidel’s equally oppressive brother Raul is also dead and gone, still, their anti-socialist cheers were heard loud and clear around the world. Are these voices crying Cuba libre an exception to the rule? Are BLM bodies and resources unavailable to the millions of oppressed Cubans stuck on the island, 4 million of which are black? This requiem for Fidel felt more like a slap and a hush.

3. “Revolution is rooted in the recognition that there are certain fundamentals to which every being has a right, just by virtue of one’s birth: healthy food, clean water, decent housing, safe communities, quality healthcare, mental health services, free and quality education, community spaces, art, democratic engagement, regular vacations, sports, and places for spiritual expression are not questions of resources, but questions of political will and they are requirements of any humane society.”

If rights truly are a matter of political will, then why did Castro seem to lack it, given Cuba’s poor distribution of civil liberties and social goods under his tenure?

While Kim Kardashian was charmed by Havana’s dilapidated buildings and half-century-old cars that made her feel like she “stepped back into a different time period”, Cuban residents are living in third world conditions, receiving services that can be described as anything but “quality”.

I love Cuba! One of our best trips! We felt like we stepped back into a different time period.Can't wait to go back. pic.twitter.com/BKGaMtPlJk

This is no surprise to Cuban Americans, such as ABC journalist Tom Llamas, whose family sent medicines and Kool-Aid, hidden inside greeting cards, to supplement their meager caloric intake. In a recent broadcast, he rightly criticizes the praise for high literacy rates under the Castro regime by pointing out that Cubans are strictly prohibited in what they can read.

What exactly is the social benefit of literacy when narrow censorship abounds? How does reading promote independence when the titles on the shelf are few and access to the outside world is elusive, at best?

While maybe less than half of the conditions BLM has specified as fundamental rights have been partially provided in Cuba, too many of them haven’t, and the resulting mix is a pathetic socialist nightmare.

4. “A final lesson is that to be a revolutionary, you must strive to live in integrity.”

I could write on this ad nauseam, but for brevity’s sake, see rebuttal to #1.

5. “…when we are rooted in collective vision when we bind ourselves together around quests for infinite freedom of the body and the soul, we will be victorious… Fidel Vive!”

Infinite freedom of the body and the soul. A beautiful image, certainly, but I’m not quite sure the legacy of Fidel reflects this social ideal. It seems the means of his revolution, both praised and overlooked by BLM, failed miserably to bring about any kind of paradisical socialist end. Castro has elicited only anger, hatred, and bitter resentment from his own people.

This weekend, those sentiments were palpably reversed. To witness this infinite freedom of body and soul, one had to look no further than the singing and dancing and flag waving and honking on Miami’s Calle Ocho in response to Fidel’s death. The bitter tears, the nostalgic reveries, and the continued hopeful cries shared between four generations of Cubans will speak volumes of his revolution, and for posterity’s sake, I pray they echo more loudly than any misguided praise the tyrant received from distant observers.

And while my Christian tendency is to empathize with oppressed groups, which includes the African American community in the United States, the Black Lives Matter leadership’s crude call to hush Castro detractors sends a clear message: Elevating their own agenda, the status of their people group, is foremost; Cubans be damned. And this is no equality at all.

This article originally appeared on Arc. 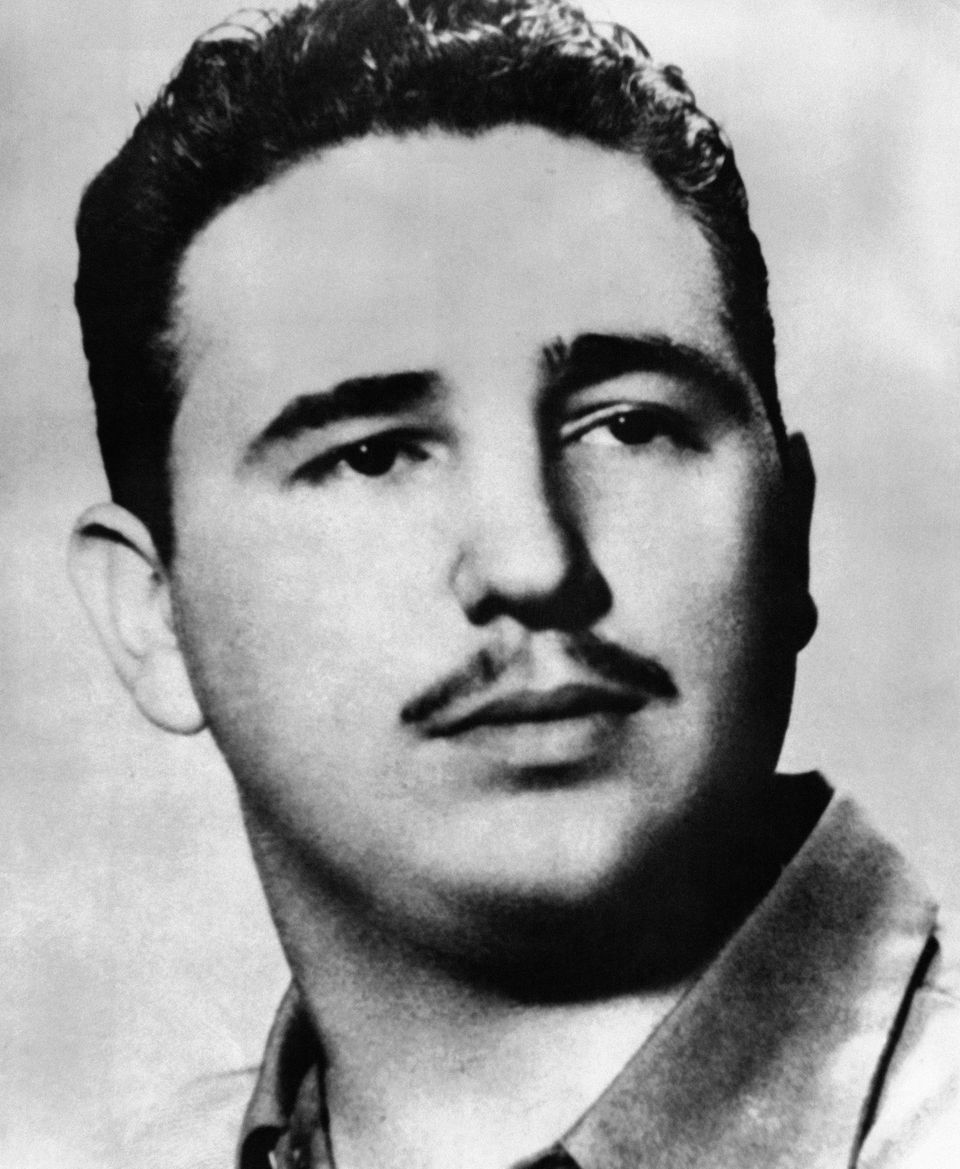