The Cuban Missile Crisis ended 50 years ago this month. Or did it?

According to documents publicly released for the first time to coincide with the 50th anniversary of the moment when the world stood at the precipice of World War III, Fidel Castro's Cuba nearly became a nuclear power after the crisis was thought to have passed. In angry discussions, Castro haggled with the Soviets to keep 100 tactical nuclear weapons on the island.

History records that the tense negotiations of those 13 days in October 1962 ended when President John F. Kennedy and Soviet leader Nikita Khrushchev struck an 11th-hour deal. In exchange for withdrawing their nuclear missiles from Cuba, the Soviets were promised that the United States would not invade the communist-controlled island nation. The standoff has been called the most dangerous moment in recorded history. But in reality it was even worse, according to the newly released information.

Based on a new timeline of events, the crisis did not end with the deal on October 28, 1962 but secretly continued until December.

“The headline here is just how close Cuba came to being a nuclear power," James Hershberg of the Cold War International History Project at the Woodrow Wilson Center in Washington told the Miami Herald.

The revelations are contained in documents donated to George Washington University's National Security Archive and which are appearing for the first time in English in a new book, The Soviet Cuba Missile Crisis. The book was written by Sergo Mikoyan, the son of the Soviet official at the center of the story, and Archive researcher Svetlana Savranskaya, who completed the work after the author died in 2010.

As Joe Matthews of the BBC explained, "The secret missile crisis came about through an unnerving mix of Soviet duplicity, American intelligence failures and the mercurial temperament of Fidel Castro."

It began the moment that Khrushchev told Kennedy he would remove the “weapons which you call offensive” from Cuba, nuclear warheads capable of reaching U.S. cities as far as 1,550 miles away. What the Soviet leader neglected to mention was that he had deployed nearly 100 tactical nuclear weapons designed to defend against another Bay of Pigs, the botched U.S.-led invasion just 18 months before. Officials in Washington knew about the Luna missiles but wouldn't learn until 1992 that they carried nuclear warheads.

While the world breathed a sigh of relief as the Soviets began removing the long-range missiles, Castro fumed. He had been bypassed in negotiations between the two superpowers. Set on keeping the Hiroshima-sized nuclear warheads, he began to chafe at his handlers in Moscow. Concerned the cigar-chomping revolutionary might do something to ruin the agreement, Khrushchev dispatched his number two, Soviet Deputy Prime Minister Anastas Mikoyan, to Havana to calm Castro down.

Although he would learn soon after arriving that his wife of 43 years had died, Mikoyan had little time to grieve. In sensitive negotiations that would remain secret for decades, Mikoyan initially told Castro he could keep the tactical nukes that had escaped U.S. notice.

But on Oct. 27, one day before the public crisis would end, Castro cabled Khrushchev to urge a preemptive nuclear strike on U.S. targets. Weeks later, on Nov. 19, the Cuban leader instructed his United Nations ambassador to tell the world that Cuba possessed tactical nuclear warheads. The announcement was never made, however, because the order was swiftly recalled.

During a tense four-hour meeting on Nov. 22, 1962, Castro fumed to Mikoyan: "What do you think we are? A zero on the left, a dirty rag. We tried to help the Soviet Union to get out of a difficult situation."

All this -- as well as Castro's orders to shoot at U.S. surveillance planes -- convinced Mikoyan that "the Cuban tail was quite capable of wagging the Soviet dog,” Savranskaya would write in her book with the official's son. “What became clear to Mikoyan … is that the Soviets could not really control their Cuban ally.”

Mikoyan decided on his own that Castro could not be trusted and that the missiles must be removed from the island. He told Castro that a Soviet law -- which did not exist -- banned a permanent transfer to the Cubans.

"So you have a law that prohibits transfer of tactical nuclear weapons to other countries? It's a pity. And when are you going to repeal that law?" Castro asked.

"We will see," Mikoyan replied.

On Dec. 1, 1962, the tactical warheads left Cuba on a cargo ship that arrived in the Soviet port of Severomorsk on Dec. 20 -- perhaps the real end date of the Cuban Missile Crisis.

"Ironically, if the Cubans were a little more pliant, and a little less independent, if they were more willing to be Soviet pawns, they would have kept the tactical nuclear weapons on the island," researcher Svetlana Savranskaya wrote in Foreign Policy. "But they showed themselves to be much more than just a parking lot for the Soviet missiles. Cuba was a major independent variable of the Cuban Missile Crisis." 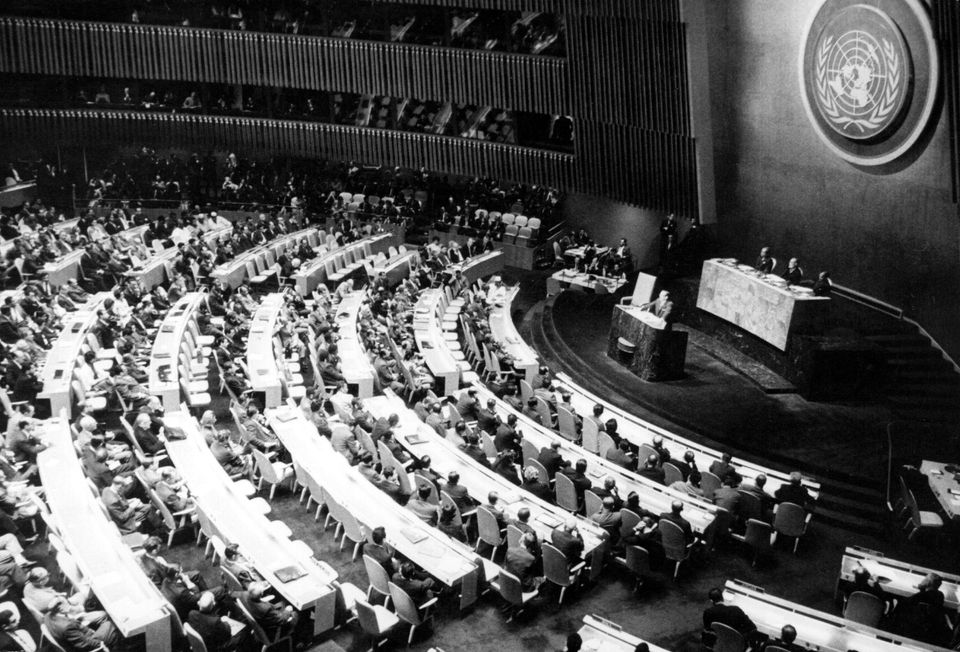