Imagine you're lounging in the arid expanses of Black Rock City. There you sit, baking under the sun as the last drops of hydration exit your system via sweat ducts on your upper lip. You're at Burning Man, parched, and likely a little exhausted from living in the desert during a massive music and art festival. What could possibly sate your thirst?

A cucumber, that's what.

This is the logic according to Umit Ceylan Sonmez and Alper Nakri, two Burners from Istanbul, Turkey who have turned to Kickstarter to make their vegetal (or fruity) dreams come true.

Sonmez and Nakri go on to explain why salty cucumbers (and their electrolytes) are necessary at 3,900 feet above sea level. They also detail the essentials of the cart -- it's minimalist, the cucumbers are served peeled and salted, the vendors will not tolerate dusty offerings. According to the photos, raki will also be available.

Bottom line, though: Yes, the art installation of sorts will eventually be burned like an effigy on the playa. Long live Burning Man. 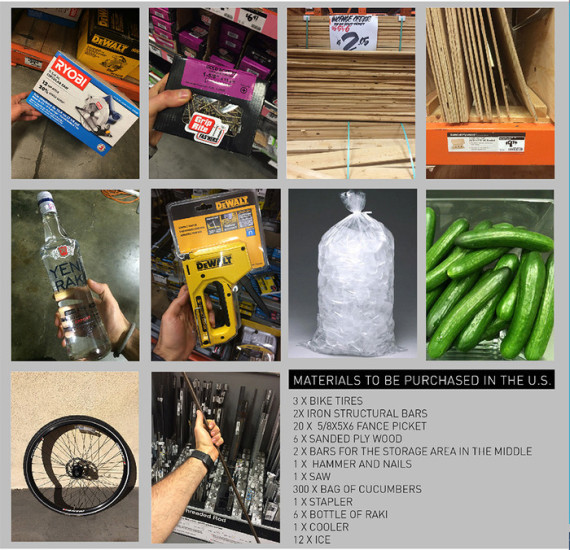 The cucumber stand is asking for just $1,200 by Friday, August 22 to complete their display. Taking into consideration Burning Man's mostly non-commercial ideology, we're assuming the offerings are free after the duo raises adequate donations. Check out the campaign here and let us know if you'll be demanding a cucumber break at Black Rock City in the comments.

For more on Burning Man 2014, check out our exclusive preview of the playa art heading your way here.