Another book about food history would have been relatively easy to do, as it's all been done before. Start with the Greeks, tackle the Romans, re-visit the Spice Routes and tell the tale of Marco Polo, introduce the Italians again and end up with the French Revolution that inspired a generation of French Chefs around the turn of the 19th century. There it is: a food history book.

But there is also another way to learn about food history, one that is altogether more rewarding. For example, have you ever wondered what Julius Caesar had to do with your favorite salad? Or, who was Suzette, who lent her name to the best-selling crepe on the planet? Now, that makes for an interesting book about food history doesn't it?

For the answers to these questions and hundreds more join me on a brand new journey through the history of our favorite food in this slideshow. For more, check out my book, "What Caesar Did for My Salad: Not to Mention the Earl's Sandwich, Pavlova's Meringue and Other Curious Stories Behind Our Favourite Food."

Why A 'Hot Dog' And Other Culinary Words Explained 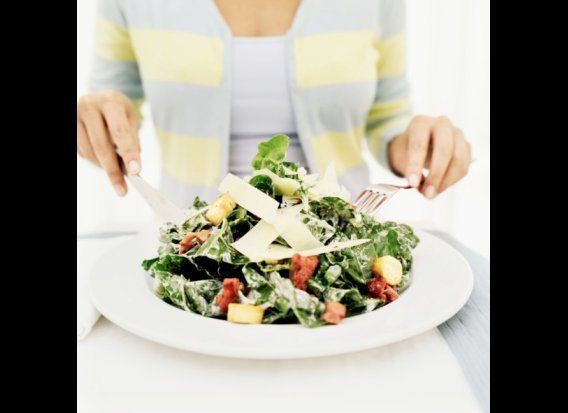 1 / 10
What Did Caesar Do for My Salad?
Caesar Cardini (1896-1956) was born in Italy and emigrated to America with his three brothers at the beginning of the First World War. It was the era of Prohibition. Realizing what lengths people would go to just to have a drink or two, Caesar and his brother Alex saw a legal business opportunity and seized hold of it. In 1924, they moved a short distance across the Mexican border, from Los Angeles, and set up a restaurant in Tijuana after the town became a firm favorite for southern Californians looking for a weekend party. The Cardinis' combination of strong alcohol and tasty Italian food proved to be a winner and their Fourth of July celebrations were so oversubscribed that, according to Caesar's daughter Rosa, her father soon ran out of ingredients to feed his drunken customers. He responded by throwing together a salad of basically whatever he had left in the kitchen: lettuce, croutons, Parmesan cheese, eggs, olive oil, lemon juice, black pepper and Worcestershire sauce. Perhaps trying to make up for his dish's simplicity, he brought the salad to the table, and with a theatrical flourish, tossed it in front of his customers so that every leaf was covered in the thick dressing. Thanks to his impromptu way of dressing a salad, Caesar Cardini became a rich man and eventually trademarked his famous creation, in 1948. Today the Cardini Company remains America's favorite producer of an ever-growing range of oils and dressings.
Thinkstock