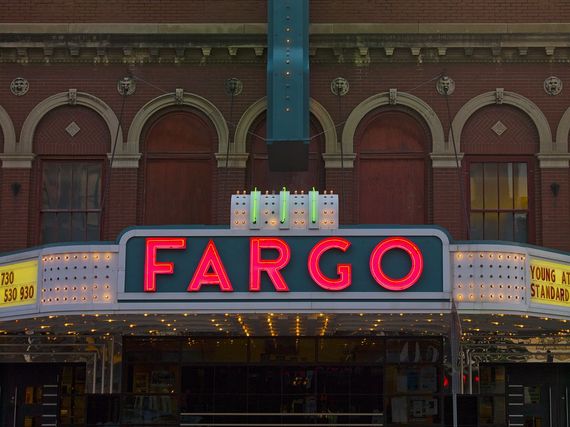 I wish I could speak with ironclad certainty about the right of fiction writers to portray anyone, from any culture, in any way we wish. In her opening address at the Brisbane Writers Festival, Lionel Shriver, a celebrated U.S. author, adamantly took that stance. Her argument appeared sound: the genre is fiction, therefore it's made up, imaginary, and nobody should take offense.

I've pored over her speech and studied the uproar of commentary it incited. Do you remember the movie, Fargo, now a television series by the same name? The Cohen Brothers created the film and billed it as a true story. Here was a movie about my state, my peeps, getting rave reviews. I couldn't wait.

I'd heard it called scathing social satire, but that didn't prepare me for the film's insulting portrayal of people, dare I say it, like me. I couldn't separate myself from the exaggerated Scandinavian backwoods brogue littered with you betcha, golly, and gee whiz. But the problem went beyond a personal affront. People all over the world watched it and formed an opinion of Minnesota, a state of hicks who talk funny and are a little stupid, but really, really, nice. Nobody sat beside them saying, "This is a farce, a parody, people there aren't like that, seriously they're not!" It was cultural appropriation at its box-office best.

We can't help ourselves. We believe what we read, see, and hear in the media. If we don't swallow it whole, there's an impression left in our mental data banks that sticks.

So I had a problem when Ms. Shriver, from a position of white American privilege, told the rest of the world in so many words: Shame on you for feeling marginalized. This is fiction. It isn't about you, it's about the author's freedom to IMAGINE you.

Don't we all love story? What if the freedom to imagine and create is censored, given walls, boundaries, taboos?

I didn't like my group being portrayed in an unflattering way. Who does? And yet I'm a creative writer and imagining is what I do. I invent unsavory characters as well as quirky, funny, bumbling, brilliant, and dull ones. I visualize them in skin: tanned, pale, olive, sallow, wrinkled, white, brown. I identify them ethnically, socially, culturally, and by their own, unique voice. I give them place and purpose and bring them to life. It's never my intent to ridicule or malign others. But have I unwittingly done that by creating people who are nothing like me?

How I love getting lost in a book that someone else has imagined, living with those characters in their reality while momentarily escaping my own. And how I love to create story, allowing my normally serious mind to come out and play, to run with abandon waving my magic wand as dreamed-up people populate the pages and live and breathe before my eyes.

It's scary when I extrapolate the issues of cultural appropriation in fiction to various possible outcomes. What if we were banned from writing anything but what we have personally experienced? Memoir would be off limits unless the only character was me. As soon as I introduced another person, an ex-husband, mother-in-law, one of my children, and shined my prejudices upon them, whether in a positive or negative light, zap! Guilty!

The fact that literary festivals are springing up all over the world, and writers are being introduced cross-culturally to a degree never before possible, brings issues of sensitivity to the forefront. Years ago, when authors wrote for a small segment of the population: those who could afford to buy books and also knew how to read, this was a moot point. But now that events bring writers and readers together world-wide, and literacy rates are increasing, those who have been portrayed in ways that don't ring true to what they believe about themselves, are speaking out.

I get an uneasy feeling in my gut when the word censorship is bandied about. As a writer I come down solidly on the uncensored side of the debate. As a human being who identifies with a specific place and a distinct heritage, I'm torn. Cultural appropriation is a valid issue and one that won't resolve anytime soon. Pandora's Box has been flung open and as we say in Minnesota, there's no telling where the chickens will come home to roost.