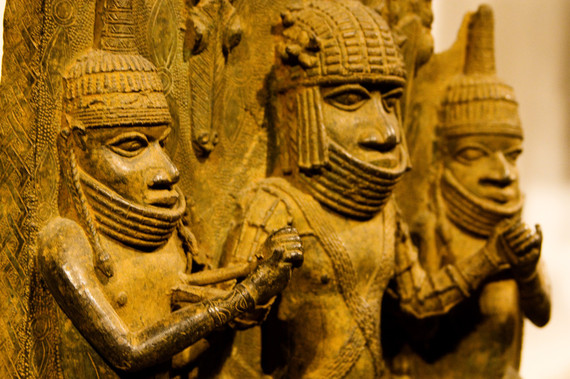 The idea of "cultural appropriation" has recently entered mainstream debates about the ways in which African cultural creations are used, borrowed and imitated by others. In fashion, art, music and beyond, some people now argue that certain African cultural symbols and products are off-limits to non-Africans.

In March 2016, an African-American woman at San Francisco State University confronted a white student. She said he should cut his hair because dreadlocks belong to black culture. The incident went viral. Within a month, a YouTube video of the encounter had been watched more than 3.7 million times.

An online debate also erupted about whether it was appropriate for Canadian singer Justin Bieber to wear dreadlocks.

In these debates, the label of cultural appropriation is broadly applied to borrowing that is in some way inappropriate, unauthorised or undesirable. My argument is that borrowing may become appropriation when it reinforces historically exploitative relationships or deprives African countries of opportunities to control or benefit from their cultural material.

A history of extraction

During colonialism, colonial powers not only extracted natural resources but also cultural booty.

The contemporary cultural appropriation debate reflects a justified sensitivity about this historical legacy of extraction, evidence of which can be found in various museums outside of Africa.

The theft of the renowned Benin Bronzes is just one example of this cultural looting. These artefacts were seized by the British in 1897 during a punitive military expedition against the Kingdom of Benin. British soldiers invaded, looted, and ransacked Benin, setting buildings on fire and killing many people. They then deposed, shackled and exiled the Oba (king). This ultimately spelled the end of the independent Kingdom of Benin.

The punitive force looted an estimated 3,000 bronzes, ivory-works, carved tusks and oak chests. Benin's cultural heritage was then sold in the private European art market to offset the cost of the expedition. Today the Benin Bronzes can be found in museums and collections worldwide. And, in 1990, one single Benin head was sold for US$2.3 million by a London-based auction house.

In 2010, a looted Benin mask with an estimated value of £4.5 million was withdrawn from sale by Sotheby's auction house following protests concerning the sale. The mask was due to be sold by descendants of a participant in the punitive expedition.

In contrast, the descendant of one participant in the looting of Benin has returned looted artwork.

This colonial booty was taken without permission or compensation. Some people argue a similar dynamic exists in contemporary use of African cultural symbols, creations and products.

Accusations of cultural appropriation raise important and complex questions about the nature of culture. The reality of human experience is that borrowing and cultural mixture are widespread. This is evident in language, religion, agriculture, folklore, food and other cultural elements.

The fairy tale Cinderella provides a good example. Versions of the story can be traced back to the Far East, Near East, Eastern Europe, Southern Europe and Northern Europe. By the mid-20th century, the Cinderella story could be found in India, North Africa, North America, the Western Sudan, Madagascar, Mauritius, the Philippines and Indonesia.

Cultural boundaries are fluid and shifting. Cultural systems may be significantly transformed by different forces and influences. This means that incomplete discussions of appropriation may fail to account for borrowing, diffusion, collaboration and other factors that lead to cultural material being shared.

Discussions of appropriation may also take insufficient account of the importance and benefits of borrowing. Borrowing has led to the international spread of denim, mathematics and even democracy.

In some instances, a line is crossed and cultural borrowing can become exploitative. Crossing this line may turn acts of borrowing into cultural appropriation.

Context, particularly as it relates to power relationships, is a key factor in distinguishing borrowing from exploitative cultural appropriation.

For example, cultural borrowing from Africa must be considered in the context of historical power asymmetries between Africa and the rest of the world. This is particularly the case with European powers, which developed trading relationships and spheres of influence in Africa.

These later formed the basis for colonial territories. Relationships between African countries and the colonial powers were often extractive and included varied forms of cultural imperialism.

Examining past instances of borrowing can give guidance for future models. Continuing discussions and a lawsuit about the song "The Lion Sleeps Tonight" are noteworthy. This discussion draws attention to the Zulu musician Solomon Linda, who received little compensation for his song Mbube, recorded in 1939. Linda's song became "The Lion Sleeps Tonight," a global pop classic that has generated substantial money for others.

When patterns of borrowing fail to acknowledge their sources and compensate them, they can be categorized as cultural appropriation. This is particularly the case when cultural flows reflect, reinforce or magnify inequalities. Even in instances where sources receive compensation, later compensation does not always redress past inequities.

The Linda family did eventually receive compensation after filing suit. When Linda died in 1962, his widow could not afford to purchase a gravestone. His daughter died of AIDS-related illness in 2001 because she was unable to afford antiretroviral medication.

How to block exploitative practices

Understanding the context of borrowing is important for preventing exploitative cultural appropriation. An understanding of both borrowing and appropriation should be incorporated into legal, business and other institutional frameworks.

In fields such as intellectual property law, greater recognition of the power structures underlying borrowing in different contexts is important.

This can be an important starting point for blocking future exploitative cultural flows. And it can help prevent extraction of more cultural booty.