Potomac, MD -- We attended an event recently hosted by Cultural Tourism DC honoring U.S. Ambassador Capricia Penavic Marshall for her support of Passport DC and the Embassy Chef Challenge. The tribute party, an intimate gathering of ambassadors and other foreign dignitaries, was all praise for the former Chief of Protocol, "the guardian angel of ambassadors". 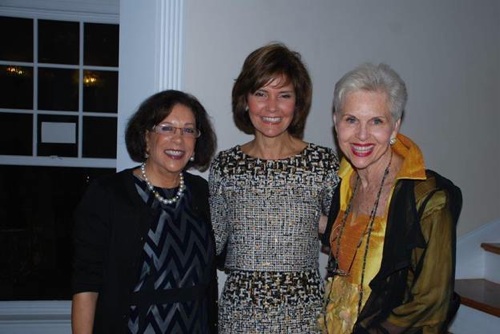 Capricia Marshall's announcement to leave her diplomatic post for Atlantic Council's Arsht Latin America Center, has Washington's diplomatic community commending her accomplishments and invaluable knowledge of international diplomacy and cultural awareness. She has been a confidant and liaison to local 189 diplomatic corps members since 2009, when President Obama appointed her. Capricia Marshall fondly mentioned, "The best of the best are sent to our country."

Jan DuPlain, the party's emcee, led the evening by introducing ambassadors eager to reminisce. Ambassadors Claudia Fritche of Lichtenstein and Tebelelo Seretse Mazile of the Republic of Botswana both praised Capricia Marshall for her ability to "build bridges of understanding between people and governments around the world."

Strong women love Capricia Marshall. She speaks often of her gratitude toward Hilary Rodham Clinton, her longtime mentor, and of fostering mentorship: "Pay it forward, ladies." She also makes no apologies for leaving her dream job to focus on her role as a mother. 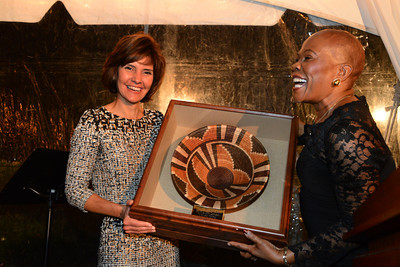 "Food isn't traditionally thought of as a diplomatic tool, but I think it's the oldest diplomatic tool. Sharing a meal can help people transcend boundaries and build bridges in a way nothing else can." --Hilary Rodham Clinton

"We can all be ambassadors with cultural exchange." -- Capricia Marshall

Attendees were in continued good spirits as Murray Horwitz, Director of Special Projects with the Washington Performing Arts Society concluded the evening with a song, "It's a Big Wide Wonderful World" -- an appropriate soundtrack for an intimate crowd honoring a "model ambassador" and her initiatives to bridge cultures globally.