I was first introduced to the world of contemporary art during my tenure as a "gallerina"--that dreaded, dispassionate youngin' who looks on coldly as you try to ascertain what makes the piece before you (a shoddy length of PVC pipe swaying from the ceiling as a looped track of laughing children echoes through the stark space) art.

Actually, I like to think I was a quite nice gallerina, and that the gallery I was lucky enough to spend my days at showed fantastic and challenging work. But it was during that time that I became acquainted with the ways in which contemporary art can sometimes be more confounding than enjoyable to those outside of the bubble.

And yet, when a person connects with a work of art, it can be incredibly powerful--even life changing. Despite my initial portrait of the state of contemporary art, I know that this connection happens all the time. It happens to me. I love to hear what works have left lasting impressions on other viewers, and relish in hearing art world insiders discuss their personal favorites. I decided, now, that it would be interesting to ask those beyond Chelsea and Culver City to share their favorites. I wanted to see what works of art have been important to kingpins of other facets of culture, so I talked to a bestselling author, an editorial director for one of the world's largest gadget blogs, and a world-touring musician, to find out what particular works of art resonate with each of them, and why.

"The Shadow ('La Filature') is part of a series of photographs and accompanying text by the French conceptual artist Sophie Calle. In the picture, a woman, grainy, taken in that blurry way that looks like it was a telephoto lens, is performing some quotidian action--speaking to a man, walking in a park. On either side of the image are two pieces of wall text. One describes what 'the subject' is doing, time and place--a detective's perspective. The other text is by the artist herself, describing in a diary what she had done that day. "Met my father, had lunch." She'd had her mother hire a detective to follow her around and document her existence.

"I find this work so exciting, and poignant...it perfectly captures the sense of seeing
someone live a life and not being able to really penetrate its essential inscrutability--much
the territory the movie "Blow Up" explored--the sadness and mystery of never being able
to know exactly what the experience of someone else's lived life is like.

"This is always an issue for me. In my last book, a character hires a detective to spy
on the protagonist, who, seeing those photographs, experiences a feeling of safety, of
being inside the mystery, knowing that the other woman can never penetrate her lived
experience.

"Every human being remains a mystery, no matter how many times our surfaces are
captured. A parable for our times." 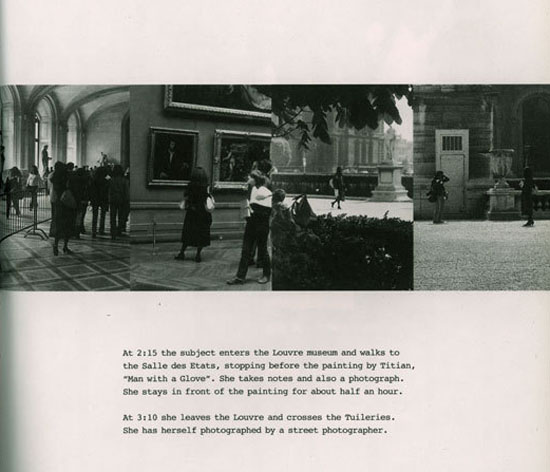 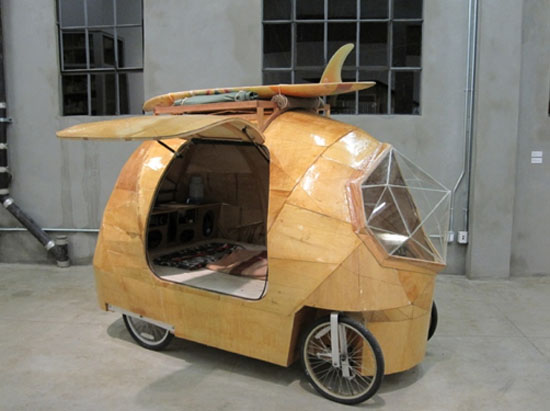 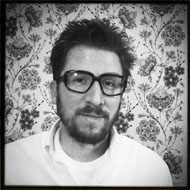 "I really enjoy the fact that one really simple image can stir up so much debate about meaning, perception and presentation. You don't need to be an art scholar to appreciate the richness and playfulness from an image like this. Vik Muniz has that rare gift of transporting a viewer on an aesthetic and philosophical journey from the moment they begin investigating his work."