I am a 'culture hacker'. It's a curious term that is often confused with computer hackers and other technologists whose activities oftentimes invite suspicion. While we do have some qualities in common with our more mainstream cohorts, our uniqueness lies in our ability to enlighten, inform and seek truth about our culture as a whole through the discovery and dissemination of information.

So what does it mean to be a Culture Hacker?

To be a hacker of any kind is to always seek change whether it be perceived as either positive, negative or both. For me the word change by its very nature is dichotomous because of its ability to trigger wide and often opposing attitudes and ideas. Hacking in its generic term supports the notion of emergence whereby something new and quite possibly inventive is brought forth from the personal interactions of group members and their activities. Organized "hackathons", official settings that encourage and recognize hacking as an official activity are democratic by nature, lean and agile in process and visionary in the sense that they foster invention and encourage disruption of firmly held beliefs. By their very nature, hackathons operate on a premise of "less is more" using limited resources, small teams and quite often no funding.

What does culture mean?
"Culture" according to wikipedia is: The arts and other manifestations of human intellectual achievement regarded collectively.

I live in San Francisco, so the culture that I am surrounded with is both American and San Franciscan. Typically, this includes a combination of media, arts, food, mainstream religion, a mixture of Silicon Valley entrepreneurs with a dash of 1960s hippie ideology, and a pinch of organic food revolution.

This environment has challenged me to Think Different. In San Francisco a lot of us are motivated to make the world a better place. There must be "something in the water..."

So what is culture hacking for me?

By using the tools and methodologies of hacking and bringing them to the space of culture -- in effect, our society's operating system -- we can truly change things. Disruptive models usually do.

Why hack our culture?

Where there are problems, there is opportunity to find better solutions. Issues such as outdated models that grind down the system, border security breaches, world poverty, disease and environmental issues have risen in prominence with great alarm. Each issue brings with it added chaos. Yet in spite of it all, we are driven to improve ourselves and our world. This is why we Culture Hack!

To be a good cultural hacker (based on "How to Become a Culture Hacker - Seb Paquet ") you'll need to:

Observe - Observe the culture and subcultures around you - what do you see? how does it affect you? where can you find opportunities to solve problems and promote change?
Find the crack - A crack can be found in everything - 'that's how the light gets in'
Make art - Create something that has never been done.
Find others with common interests - You'd be amazed how many others are interested in doing the same and would love to collaborate with you!!!
Create Community - Start a group, a meetup and get people together and encourage discourse.
Create your own 'jargon' - Express your world, your values by identifying your words. By doing so, you can create your own unique subculture lexicon.
Institutionalize - Sometimes you have to 'let go' in order to grow. Many formal ideologies originated from disruptive and grassroots movements.

Culture Hacking is about people getting together to crowdsource a new reality.
The best thing about this phenomenon is that we are finding each other in the most unlikely places: in transformational festivals and Burning Man; on the dance floor; in hackathons and hackerspaces; in indigenous rituals brought to the West; in growing organic food with permaculture modalities; in joining hands to protect the environment; in media and on the internet. Everywhere possible, we are creating a new human story - together.

And how do I start even explaining what I am trying to achieve? Well, I start by being inspired by those who came before me. One of my favorite hackers was Buckminster Fuller, whose quote I have been inspired by for years:

You never change things by fighting the existing reality. To change something, build a new model that makes the existing model obsolete.

Join me in my next blogs as I dive deep into exciting subcultures starting with:
13 life lessons from 13 years at Burning Man - coming to you soon after Labor Day.... 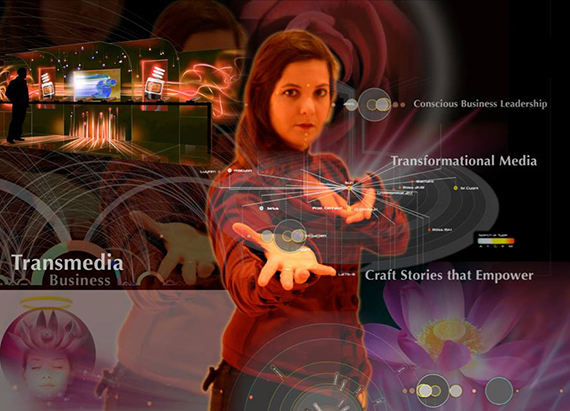 My avatar made by the great Davin Skonberg