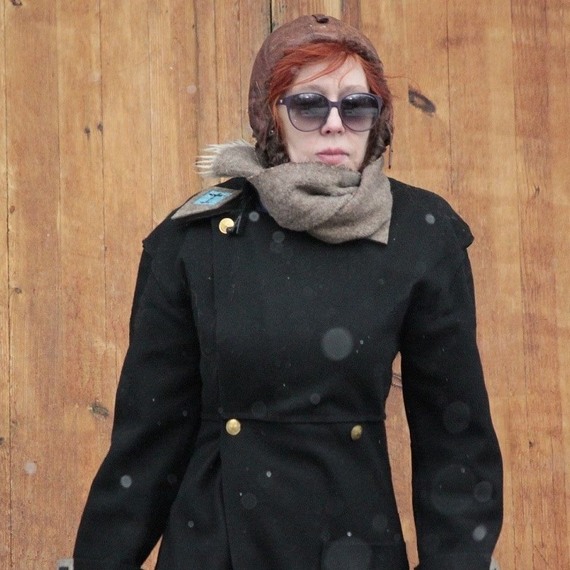 There is a beautiful fairy tale Gianni Rodari, the greatest modern children's writer in Italy, entitled "La strada che non andava in nessun posto"-"The Road that Went Nowhere". This tale tells the story of a boy whose name was Martino Testadura ("testadura" means "very persistent", literally "hard-headed"), this boy Martin the Heardhead was very eager to know if the way that all people said that it went nowhere really went nowhere. Martin the Heardhead (quite Lionheart! the noble Lions are curious too) was very stubborn and one fine day he took that way.

He walked a very long time and finally he arrived at a wonderful castle, inhabited by a very beautiful and very rich woman. She asked him to enter and take away whatever he wanted -- magnificent jewelry, precious diamonds and so on. Martin took the award and came back home. The people of his village thought he was dead, but when they saw him, they were very glad and envious at the same time and they asked him where he found all those precious things. He told them his story again and again, and every time he repeated the story, someone took the "Road that Went Nowhere" leading to the castle. But in vain! Everyone who walked that road came back very upset and angry, because the road was interrupted with something unpleasant like a wall of trees or a yawner.

It happened because the best events and the best things of the world exist only for those who take the first step on a new road and for those who can keep persistence, and Martin the Heardhead was the very first! So, if someone tells you that a road is useless and leads nowhere, it's apparently because it is a new road. 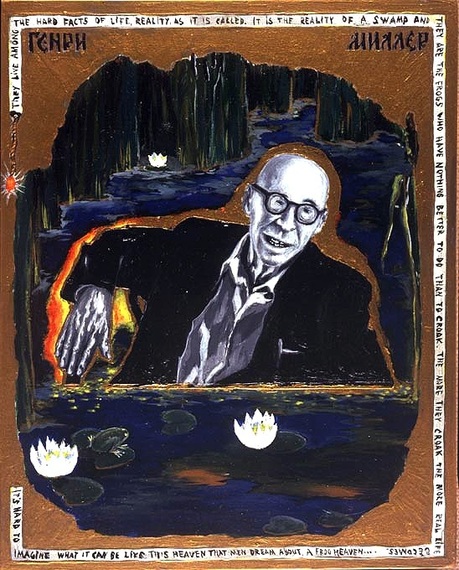 The art is like a new road, often it seems to be pretty useless. And the most artists are lifelong dreamers, they are not successful at all. But it does not concern artistocrats. Who are they? Artistocracy is an utopia form of government in which power is in the hands of a ruling class of some extremely talented and extremely succesful artists. Real power not only imaginary symbolic one. This neologism (semi-Greek word ἀρτιστοκρατία artistokratía derived from artist "artist," and κράτος kratos "power") was proposed by me, Lena Hades, some years ago and by the moment this word is not of common use because up to now the artists have not any real power. What do you know about the origin of the word "artist"? From my point of view, the words "artist", "art" derive from Old Persian "arta" and from Proto-Indo-Iranian ṛtá that means "truth", "order". Its Sanskrit equivalent is ऋतं ṛtaṃ, in the hymns of the Vedas Ṛta is the principle of natural order which rules the universe and regulates its operation and everything within it. There is the Avestan equivalent of this word, it sounds like Asha. In Iranian religion Zoroastrianism Asha means the cosmic principle of order, justice, righteousness and truth. It turns out that in Ancient times the truth, the justice, the righteousness, the art meant the same thing! The art was the synonym of cosmic principle of order, justice and truth! 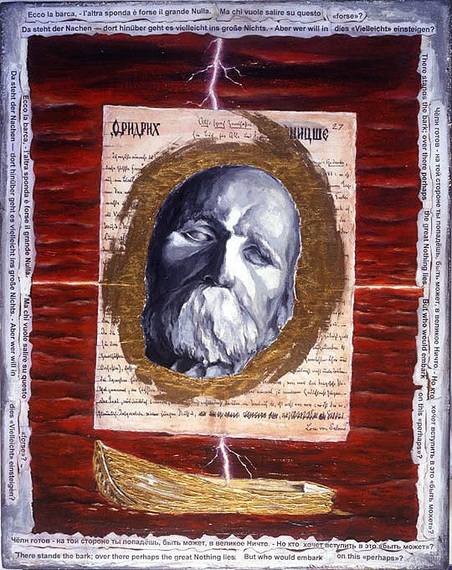 All great artists which I call artistocrats have a constant lifelong desire to communicate vitally important messages. But sometimes a fervent desire to be understood and to convey an important message looks like a declamation of a Shakespeare's Sonnet to a random hungry dog in the streets. Imagine yourself in the streets near a supermarket, in your hands you are holding a grocery bag full of fresh and healthy food, in your heart - an irresistible mad desire to speak about "lilies that fester smell far worse than weeds" with a living soul. Suddenly you see this soul in the elegiac eyes of a lonely mutt sitting on stairs. You begin to recite the Shakespeare's Sonnet seeking signs of understanding in the dog eyes, you find finally these signs but the dog jumping on you, snatches the bag out of your hands and runs away. 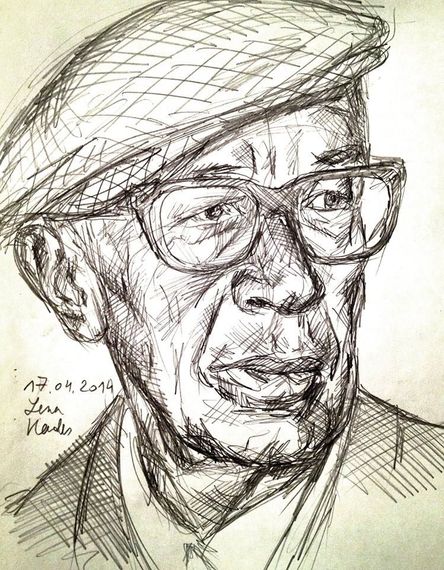 But it is not always so, I mean the failed declamation of a Shakespeare's Sonnet to a random hungry dog in the streets. For example, one of the great artistocrats of the world was Oscar Wilde. In his brilliant essay "The Soul of Man Under Socialism" he says: "Your perfection is inside of you. If only you could realize that, you would not want to be rich. Ordinary riches can be stolen from a man. Real riches cannot. In the treasury-house of your soul, there are infinitely precious things, that may not be taken from you." The artistocrat Friedrich Nietzsche replies to Oscar Wilde sadly: "One's own self is well hidden from one's own self; of all mines of treasure, one's own is the last to be dug up." If you believe them you can be sure your inner treasure is safe. 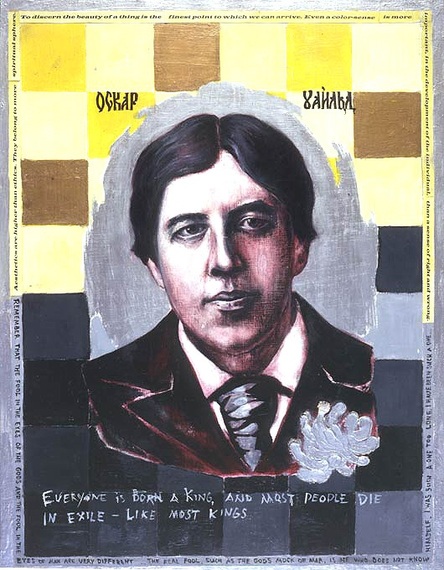 Oscar the Magnificent (or simply Oscar Wilde) starts his fairytale "The Remarkable Rocket" like this: "The King's son was going to be married, so there were general rejoicings. He had waited a whole year for his bride, and at last she had arrived. She was a Russian Princess, and had driven all the way from Finland in a sledge drawn by six reindeer..." Suddenly -- through the centuries! -- a brilliant artistocrat (and a Greek lyric poet) Sappho interrupts his tale declaiming a hymn: "Raise high the roof beam, carpenters. Like Ares comes the bridegroom, taller far than a tall man". Jerome David Salinger echoes the words of Sappho by his eponymous novel and goes on: "How terrible it is when you say I love you and the person on the other end shouts back "What?"" '"Ah! the higher things of life, how fine they are!' ...'and that reminds me how hungry I feel" -- Wilde replies with the voice of the fairytale's Duck and the Duck swam away down the stream, saying 'Quack, quack, quack'' "It is the reality of a swamp and they are the frogs who have nothing better to do than to croak. The more they croak the more real life becomes..." - Henry Miller interjects into the conversation. And he continues: "Lawyer, priest, doctor, politician, newspaper man--these are the quacks who have their fingers on the pulse of the world. A constant atmosphere of calamity. It's marvelous. It's as if the barometer never changed, as if the flag were always at half-mast..." Two great artistocrats Michelangelo and Lucian Freud said a lot about human society and human nature using only plastic image, composition and color. Artistocrats as I call these great artists do so much for humanity: they teach us to create our own values and determine a meaning to our lives, they teach us how to build character, they teach us how to be human, they teach us how to understand each other.
"Kultur ist nur ein dünnes Apfelhäutchen über einem glühenden Chaos", as Nietzsche says, "Culture is only a thin apple peel over a glowing chaos." The whole world culture is only an eternal dialogue between artistocrats and it keeps our world safe if we try to hear it.