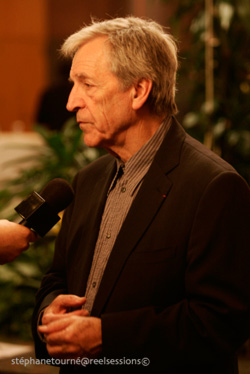 Hollywood is littered with stories of good projects gone south, noble intentions gone awry. Just as you are shoring up one dike, another busts loose. When people ask what producers do, this is what I tell them: you are a one person FEMA, running interference, pleading, cajoling, yet trying to maintain a modicum of creativity in the thing which you are preventing from capsizing (Read William Goldman or Larry Turman for details.) When you are in the middle of what feels like a category three hurricane, you cannot breathe for wondering where the next swell is coming from.

In the beginning, I didn't know this. I followed (mostly European) directors around while I worked as liaison for the New York Film Festival. That meant I got to pick up Francois Truffaut at the airport, make sure Alain Tanner got back to his hotel, and sit complacently on my desk as Marty Scorcese begged for more comps to the premiere of Mean Streets. Nice, huh?

Then I went on tour with a package of French films for the French government, mostly to universities and festivals, often with a director in tow, e.g. Bertrand Tavernier or Michel Drach, who was hoping to sell his (yes, his) latest film in the US. These men were all "auteurs", in other words, they might not have had untold sums of money, but they, and everybody else, believed that they were the inviolate captains of ship. They were the "deciders" long before George Bush claimed the title. They saw the world a certain way and made films about precisely how.

When I got to Hollywood, I began seeking out projects that might marry the European sensibility, the one I had been weaned on, with more commercial Hollywood values.

This turned out to be next to impossible, but that didn't stop me from trying. The closest I came was a project with Costa Gavras, the world-class, born-Greek-but-lives-France filmmaker whose whole career has been about making dynamic films -- Z (Oscar), The Confession, State of Siege, Missing (Oscar), Music Box -- with a political point. 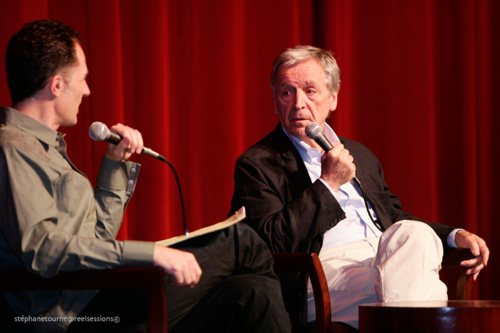 Taking meetings with Costa was incredibly exciting and reminded me of the earlier days; he is debonair, well-spoken and a true multi-lingual intellectual. We would sit for hours parsing the motivations of characters and the nuances of dialogue. Having meetings in Paris? I was jealous of myself.

It was a year of incredible highs and lows, of great expectations that soured. There were studio heads who did not see eye to eye with their production presidents, three sets of screenwriters and a flotilla of agents and lawyers who could not manage to help us to keep the body and soul of the project together.

In the end, I blame myself: I was not able to marry the sensibilities and he ultimately abandoned the project only to make another film with a similar theme a few years later that seemed also to compromise his vision.

Since then, he has been making films back in Europe, smaller, finely wrought, intelligent, with marvelous actors. He has gone back to his roots and they are serving him. Just this past week, the LA Film Critics voted his film Eden is West as best in the Colcoa film festival of new French films.

The film is the story of an illegal immigrant -- a very good looking, sexy one -- who is forced to jump as he and a boatful of others are about to be captured. He makes his way with a succession of women and families who take him under their wing to get him to Paris, the city he has somehow fixed on as the answer to his dreams. All take advantage of him one way or another, both his language and naivete imposing class barriers that even the most unsophisticated can pick up. 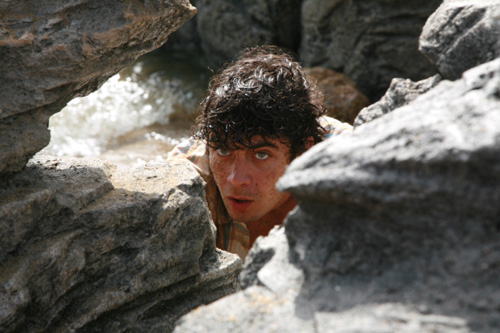 As he journeys from a nudist Club Med-style resort through markets and truck stops, people exploit him in various ways: sex, work, child care, but through it all he never really breaks down. Sometimes, there is a bit of pangloss and he seems more like a lucky lost penny that keeps finding a cozy pocket. He hones some street skills but is confronted daily with new challenges to his sense of fairness. The very darkest side of what it must like to be a less attractive illegal is not entirely explored until a small revolt at a factory.

But the film has Costa's signature combination of politics, humor, fable, and deep incisiveness into what makes people aspirational, as well as a hint of magic. It participates in the conversation about immigration, one we are having the world over, not very well. 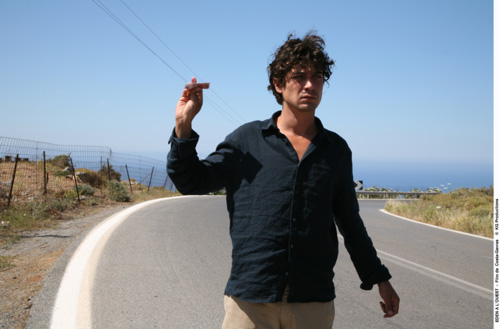 Of course, Hollywood is changing yet again -- the business is strong, but downsized, and the movies that are doing well are not always the blockbusters but the genre films that were once the B pictures of studio history. Sometimes they are even the indie slash formerly known as European style films so prevalent in the sixties and seventies.

Take a look at Costa's films if you haven't seen them. There should be room for filmmakers like Costa who have spent their lives dedicated to a vision of the world, and for you to see the work -- thus far, this film has not been picked up for US distribution.

Isn't our world supposed to be shrinking?