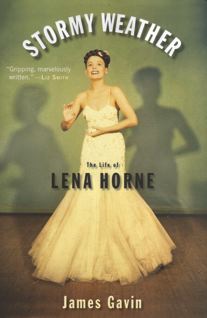 For decades, Lena Horne has been an emblem of the complicated equation of race and talent. Today, we need look no further than Barack Obama for guidance about how to rise above the question of color and capability. 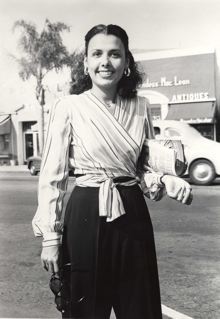 But Horne began her career in a time when she really had to worry about whether she could eat in the restaurant du jour or whether when she went to Miami on tour she could stay in a chic hotel. (The answers were no and no). She ended up returning to her home, New York, where she still lives, the city which both launched her and cushioned the blows of rejection over the years.

She was always a lot more hotheaded and spoke more candidly about her trials than BHO. She felt herself more of a victim, and she probably was... affirmative action for beautiful and sexy performers was not on the charts when she began her career in the early days of the Cotton Club and Café Society. She often had to take on challenges that had nothing to do with her talent and everything to do with the "honey-colored" skin everybody was so wild about.

Horne used -- and was used for -- her beauty with a series of famous men with whom she had relationships -- and mostly the feeling I get from the capacious new biography from James Gavin, Stormy Weather, is that she loved them too; it's easy to be confused when someone wants to look out for you about what their underlying motivations might or might not be. Consistently overlooked in Hollywood as an actress with chops, Horne alternately made her peace with being able to be one of the best at putting over a nightclub song and railed against the limitations that very special talent imposed. 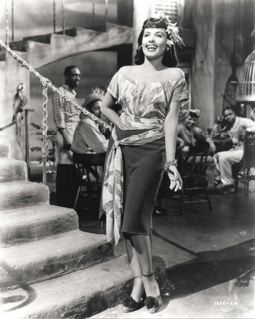 This new biography picks up where a series of memoirs, interviews and an American Masters biography left off: Horne has not been shy or reluctant about speaking her mind over the years. Gavin first interviewed her for the New York Times in 1994.

What's strong in this biography is the sweep of history -- we really sense what was going on in our country not only about race but about movies, politics and culture. And Gavin brings in a diverse cast to make his case that Horne was only one of many, if one of the most famous, who confronted issues that now seem impossible when Oprah Winfrey is among the most celebrated, and the wealthiest women, black or no, in the land.

Gavin took some time to go Off the C(H)uff with me this week:

Culture Zohn: Why is revisiting the career and life of Lena Horne important just now? Is she a symbol for a bygone time, or is there a contemporary take on what made her so important?

James Gavin: Obama's victory, and the changes in attitude that made it possible, could never have happened without the victories of generations of fighters like Lena Horne. Lena, as she knew too well, got "in the door" of the white majority because of the degree to which she looked like them, sounded like them, didn't threaten them. Sixty years later, how much have things changed? Successful black film actresses, what few there are, tend to fit the old Horne mold. And Hollywood doesn't give them much to do.

CZ:Horne seems to have changed her version of events from time to time. How did you determine what memories were fable and what were fact?

JG: I spent untold hours at the library; I interviewed every eyewitness available and exhausted them with my probing. The bigger question to me was, why did Lena fabricate so much? I think it's because both she and the civil-rights leaders of the day felt she had to maintain an impeccable image. Icons are not allowed to make human mistakes. They're supposed to have flawless judgment and to please everyone, especially when they represent a minority.

CZ: Horne's relationships with men, especially white men, are a main element of the biography. Artie Shaw, Orson Welles, Lennie Hayton could help with her career. You allude to the fact that even then, some thought she was sleeping her way to the top. What's your perspective?

JG: Lena was very ambitious. No black man could have lifted her to the heights she craved. Her first husband was a failed black politician who'd been beaten down by society, and whose ego couldn't handle her success. Black men had a particularly brutal time of it then, and often vented their anger on women. Lena was drawn to men who offered safety and status. At the time, most of them were white.

CZ: Horne clearly was always disaffected with Hollywood and felt more at home in NY. She wanted to be an actress and not just a singer cast in musicals and she felt she was not taken seriously. Yet you say that most people agreed that she was a much better singer than actress. Why did she struggle against this?

JG: I think MGM was nothing if not progressive in signing Lena, and that they utilized her strengths in the best possible way. But the fact that she was mainly isolated in solo numbers was agonizing for a woman who felt chronically alone. Whether completely true or not, she blamed institutional racism for holding her back. But the hell she raised over her "cameo" stature did, I believe, have an impact upon the desegregating of Hollywood.

CZ: Horne seems to have taken her early role with the NAACP very much to heart and embarked on a lifelong quest to find a way to combat racism. She was able to make her own personal experiences resonate even though they were in a rarefied world. How so?

JG: Even though she seemed to exist in a "black ivory tower," as she put it, of beauty and privilege, the hell she'd gone through to get there eventually became known. She kept fighting, fueled by personal anger over feeling rejected, victimized, and given the sense that she was less-than. There's a lot there for most of us to relate to.

CZ: Have you seen her recently? Is she still able to be politically or socially engaged?

JG: In 2000, Lena withdrew into her East Side apartment and hasn't been heard from since. We've never gotten to learn her views on Obama, unfortunately. She's very fragile, but I'm told that in recent years she sometimes threw things at the TV when Bush appeared. How can you not love a woman like that?

Gavin gave me a list of later generations of talented women who saw her as a beacon:

Janet Jackson (wanted desperately to play Lena, and was cast, in that aborted ABC-TV biopic)Halle Berry (thanked Lena, among others of Lena's generation, in her Oscar acceptance speech)Alicia Keys (chosen by Oprah in 2007 to play Lena in an Oprah-produced biopic that, to my knowledge, has not been mentioned since)Whitney Houston (reportedly offered to play Lena in the ABC biopic)Angela Bassett (co-hosted a recent benefit performance in Pasadena of a stage musical based on Lena and starring Leslie Uggams)Mya: platinum-selling R&B singer, age 29, sang "Stormy Weather" in tribute to Lena

With all of Horne's success, she apparently remained embittered about her trajectory. That seems a shame. She has had a fascinating, if bumpy, ride.

In between appearances for his new book, Gavin is working on a documentary of his first book, Intimate Nights: The Golden Age of New York Cabaret with filmmaker Raymond De Felitta.