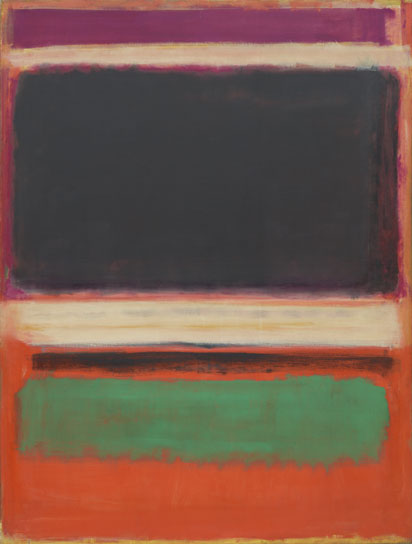 Once upon a time, a group of American artists fought to distinguish themselves from their European elders and peers. They took as their quest nothing less than re-inventing painting and sculpture along new lines that would incorporate the political and social movements that meant so much to them in the immediately post war years. They knew everything had changed, or was about to, and launched an entire way of rethinking how works of art might be conceived and composed.

The Museum of Modern Art, under the tutelage of chief curator Anne Temkin, has just reviewed, revitalized and rehung its entire collection of Abstract Expressionist art. Joined by (an all-female staff!) of eight other curators, she has supervised the placement of the cleaned, restored work, considered by many MoMA's defining early collection, in a way that captures and incorporates contemporary thinking as well.

Abstract Expressionists did two things, according to Temkin in her introductory essay to the catalog. They changed the focus of the canvas to one of all-over interest and they changed the scale. Gone were the mostly easel-sized canvases to make way for paintings that could dominate a room.

Last year, theatergoers got to see a souped up Mark Rothko--one of the stars of the MoMA signature collection--and his assistant, madly applying paint in a painting ballet in the award winning play Red. It helped make visceral the emotional theme of much of the work--one could better see and understand the way the paint went on the canvas, how an artist might have struggled to get the colors to bleed properly, or to reflect the light. 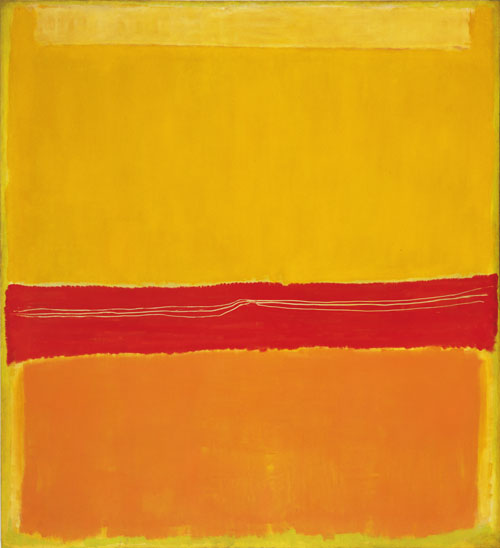 The paintings and sculptures in three floors of MoMa's galleries look so classic now it's hard to believe there was ever any hue and cry. But they still invite the question: why abstraction? The curators help us answer this question as they take us on this three-floor journey of their deep collections, many which have not seen the back of gallery wall for some time. 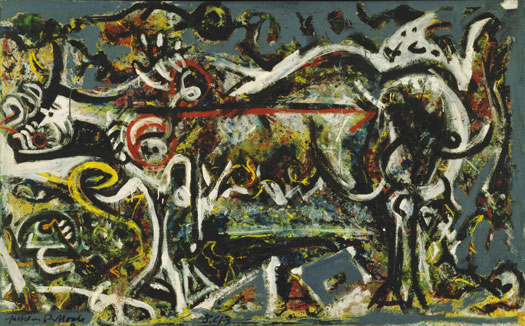 We are seduced slowly--the first gallery where there are lovely transitional "smalls"--Philip Guston's Gladiator, early Pollacks, Motherwells and Hans Hoffmans are comfort food--still filled with shapes that suggest... something. 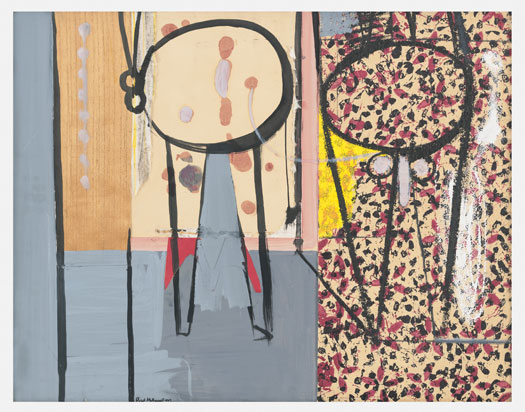 Then all of a sudden we are in early Barnett Newman, 1950, lines that don't necessarily go anywhere. 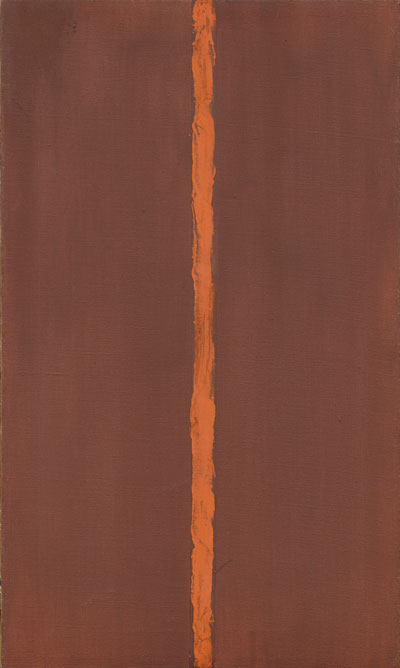 The Rothko room isn't quite a chapel but the reverence still oozes. By 1950 many of the artists had found their individual styles: the de Kooning nudes, the Pollack drips, the bleeding Rothko rectangles. A small room of Aaron Siskind black and white photographs read like paintings, their shapes and surface echoing their larger kin in the adjacent galleries. There are some more minor names scattered among the heavyweights of the Ab Ex movement, e.g. Bradley Tomlin, but you have to remember Alfred Barr Jr, the director was collecting all of these contemporaneously; his track record identifying--and canonizing--mostly the best is truly amazing. 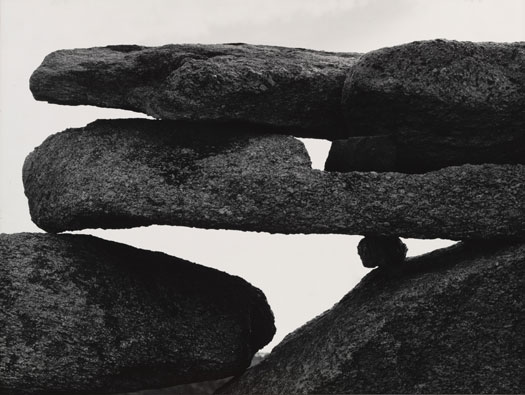 Temkin also notes that many of the artists--so competitive with each other--donated works to the Museum and sometimes backdated their work to show just how central being first at something was to their creation. Though there are women among them--Frankenthaler, Nevelson, Bourgeois, Krasner--the energy in the galleries feels very male to me and I sense the women artists were striving to be as big and bad as the guys. Yet their art does have a delicacy and lightness that reads differently. 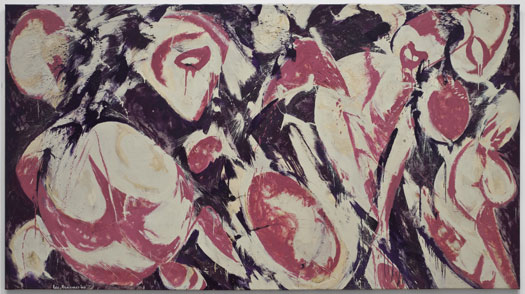 On the third floor are artifacts and smaller sketches and paintings of The Club, the downtown group that met religiously to talk, digest and codify the abstract ideas and themes. Joseph Campbell, John Cage and Buckminster Fuller came to address the group on their specialties and evidence of their influence on the artists is on display. Absorbing ideas about philosophy, music and architecture seemed as natural to them as mixing paint. A John Ferren rug and a diminutive glade of Dorothy Dehner sculptures demonstrate that it was possible to evoke the abstractionist spirit in smalls and works in media other than paint.

The final section on the second floor, Rock Scissors Paper, has a series of lovely Seymour Liptons and always a favorite, two hanging, white Nevelsons.

The works seem anything other than non-emotional--often a criticism evoked at the time and still today. The ride was not bump-free and this roughness appears in a grainier, more authentic way in the MoMA galleries than I remember. The quest to be understood and respected was at the time a true movement--one akin to civil rights or feminism.

You can now walk through MoMA with your iPhone App and get info on the collections, current exhibitions and shoot images and send them as postcards. But Temkin says something important about the way we need to see this exhibition,

These works ask for a type of concentration that is becoming increasingly unusual in a society that bombards our brains with simultaneous visual and auditory stimuli from countless directions. In a world that likes its culture fast, Abstract Expressionist works are uncompromisingly slow.

An earlier group of abstractionists, the American Abstract Artists served as the bridge from European art to these ultimately bigger guns on display at MoMA. Though some of the Ab Ex NY group could and did write in addition to painting, the earlier group felt a greater need to proselytize as they walked the line from realism or surrealism to abstraction.

Josef Albers wrote a prose poem at that time which serves as much as a witty coda for this exhibition as it did for his earlier compatriots --and is very much in keeping with Temkin's admonishment to let these paintings have our undivided attention.