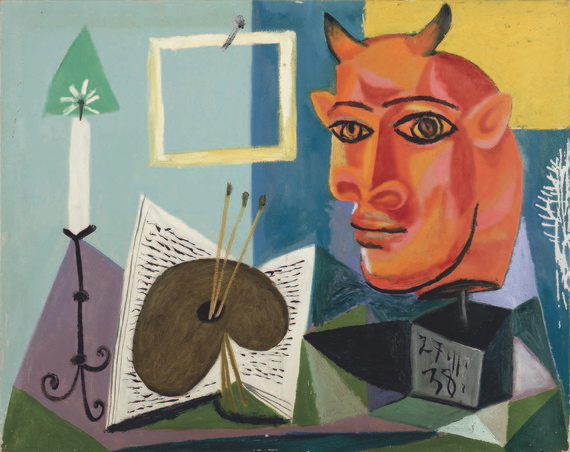 New York is newly awash in Picasso. Three concurrent exhibitions at Gagosian Gallery, Pace Gallery and the Metropolitan Museum of Art delve deeply into various stages of the artist's career. Before you shrug off this latest round of the twentieth century's most famous and prolific creator, be advised that these unique views, especially John Richardson's show at Gagosian, Picasso and the Camera, bring elements of delight and surprise and add substantially to the voluminous scholarly oeuvre that already surrounds this protean artist.

The last time I felt so surrounded by Picasso and his family was when I was working on my first documentary, Picasso, A Painter's Diary (available only at the Paley Center for viewing) under the auspices of WNET/PBS and in conjunction with the first retrospective of his work after his death at MoMA.

Picasso's estate was still in some turmoil (not an easy time to work on a documentary that depended on clearances and access) though the government, the biggest heir, had already scooped up some of the best works in lieu of estate taxes for the nascent Musee Picasso in the Marais (recently overhauled and added to). It was my job to find the heirs, the friends who had been part of Picasso's life, the films that had been made about him, the books that had been written, the scholars who had devoted much of their life to cataloging his every move, and most importantly the photographs that documented it all.

There have been countless Picasso-based shows all over the world; he is probably still the number one draw, our image of the Important Male Artist, the candle by which all other (male) artists are measured: first, of course, for pure talent, but not far behind for showmanship, the love affairs, the extended and often fractious family, the tortured women he left behind, the control over the work.

John Richardson, his most devoted biographer, has not let the legend get in his way, yet he has managed also to keep it front and center. And he has approached it not only in his books but in a series of marvelous and eye opening exhibitions under the auspices of Larry Gagosian. ("Picasso and the Camera," the fifth in a series) of major Picasso surveys, following "Mosqueteros" (2009), "Picasso: The Mediterranean Years (1945-1962)" (2010), "Picasso and Marie-Thérèse: L'amour fou" (2011), and "Picasso and Françoise Gilot: Paris-Vallauris 1943-1953" (2012). He has been able to show not only why Picasso is so important, but the influences on the artist himself, even going so far as to correct his own work from time to time when new information comes to light.

Richardson suggested that he had run through "the women", e.g. Picasso's wives and many mistresses, and so he had the very good idea to look at how the medium of photography had become an integral part of Picasso's work and life. Nevertheless, the show has new insights about the women with whom Picasso shared his life especially documents about Olga since it is largely derived from the collection of Bernard, (Paolo's son, his son by Olga Kolklova, his first official wife).

And what material it is!!

Picasso was a man of large appetites. He digested things (the work of other artists, women, the world around him) and spit them back out in a way that made us see things entirely differently.

Though many remember him for the large scale Les Demoiselles d'Avignon or Guernica, among his most important works, his other revelatory work was personal and domestic, more apt to be the neighborhood goat , the view from the rooftops he saw from his house in Horta, the cigarettes and pipes he smoked, the café chairs he sat on, the newspapers he read, the wine he drank, the bullfights he saw and the women and children who accompanied him through the various stages of his life.

One of the ways he processed the world was through photography which served as an aide memoir, an inspiration and documentation of his own work. Images of Picasso have always been available -- some even overly iconic--as he was an unusually cooperative subject for a host of talented photographers who were honored to get close to his outsize personality. The most engaging photographs in this show, however, are rare and never-before-seen gems of the early years, often taken by Picasso or close friends and family, casual snapshots and posed studies. Many sepia-toned with age and quite small but here perfectly installed in custom vitrines, they are revelations of daily life and the progress of the work, of cubism, of the wives and mistresses, and of his circle. Picasso, as Richardson describes him, the "inveterate hoarder" is to be thanked for this practically daily compendium of his life. Quite often, the subject is himself. Even in those days Picasso had attitude and seems to have known he was destined for greatness. 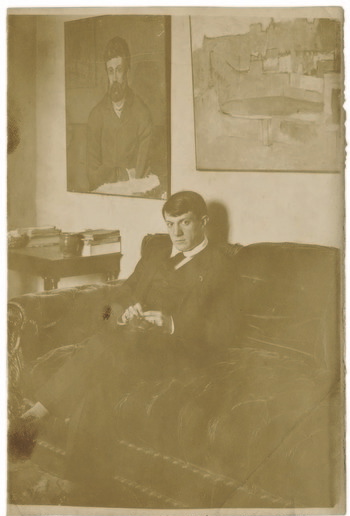 Here, Olga and Pablo are a fashionable young couple, both committed artists. During the Olga years, Picasso wears suits and ties, and looks quite the dandy as he and the Russian-born Olga lead an haut bourgeois existence in the city and the country. I am particularly taken with the photos of Picasso in his studio on the rue Schoelcher. Carefully posed against his work in a three piece suit and polished shoes or as the "artist" in his newsboy cap, smock and rolled cuff pants, or with his pipe, he is beginning to create his legend, leaning raffishly against a tapestry or seated on a tufted velvet divan or as a boxer, legs akimbo, hands on hips. 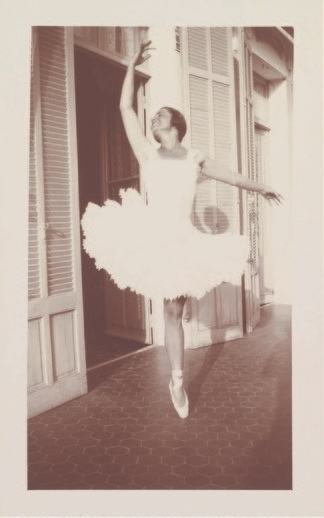 But the real revelation is the view of Olga in her world as a talented member of Diaghilev's Ballet Russes. We've often heard more about the end of their relationship when Marie Therese Walter, the blonde, deliciously twisted concubine came to dominate his thoughts and work. Yet here we see the other Olga, a side of her that has not been previously that well-established, the dedicated ballerina, an artist in her own right, who attracted the young Picasso. Pictured dancing, posing on rooftops and allongee on a chaise when a terrible injury forced her to stop dancing professionally, Olga is more than just an appendage of Picasso. Her friends Natalia Goncharova, the artist and set designer, Leonide Massine and other Russian dancers who were members of the Diaghilev Ballets Russes and Cecchetti, the founder of a system of dance education as well as Diaghilev himself surround her. Even after she stopped dancing, she took her costumes with her and was often photographed in them, understanding that this was what had attracted Picasso and reminding herself of a time when she was strong and worthy. (I am entirely sympathetic with the drive to dance even with injury.)

And in more intimate moments before the stress of the wandering Picasso eye settled elsewhere, she is truly alluring. The series of Olga in her dressing gown from Rome 1917 with her hair fanned out; the tiny portrait he did of her in Montrouge were my special favorites. A vintage film of Picasso, Olga and Paolo at their country house cavorting with Paolo and the dog is enchanting. Though they are clearly performing for the camera, there is a spontaneous playful quality that humanizes the Picasso of this period more than any still photograph could. It shows Olga picking the petals from a flower, "He loves me, he loves me not", hoping it will end up in her favor.

The show also has a smaller but strong section on the Dora years. Picasso and Dora Maar had a tempestuous relationship and he often depicted her as weeping and unhappy. But Dora also had her own career as a photographer and was extremely innovative, especially in her surrealistic photos. (Picasso seems to have alternated between women who had their own careers and women whose only existence was to be available to him.) She was sophisticated and mondain, politically engaged, intellectually curious. To see evidence of a moment when their talented hands were side by side in two bronze casts is very moving. (Images were restricted; I had hoped to load an image of these hands)

At a wonderful show at the Palazzo Fortuny in Venice this spring, Dora's photos showed the deep links, both artistic and personal, however fraught, between these two for a certain time. He destabilized her, some say, drove her mad. She didn't commit suicide after he left her as Jacqueline, his last wife and companion did after his death, Dora was reported to say, because she didn't want to give him the satisfaction. (See my post Monday on the Jacqueline era shows at the Pace Gallery). However she never recovered her equilibrium and instead buried herself in a religious, contemplative life. An essay in the catalog by Victoria Combalia, the curator of the Venice show, is most informative about Dora's own career. (Even she never met Dora, who became famously elusive. I have two letters from Dora: she would not consent to be filmed but she was a faithful and gracious correspondent: in one letter she herself is looking for John Richardson!) 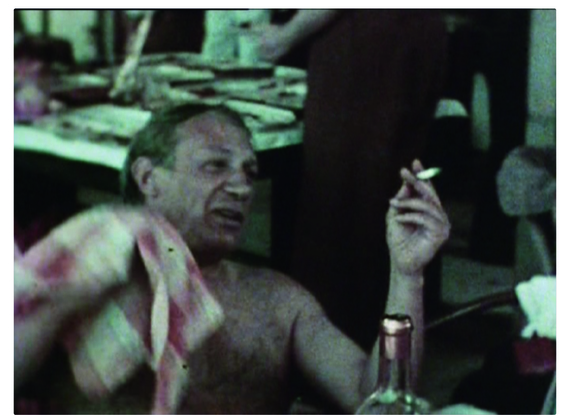 My favorite images in the exhibition, however, are from film shot by the photographer Man Ray at La Garoupe, the beach in Antibes that Picasso made an important vacation destination. 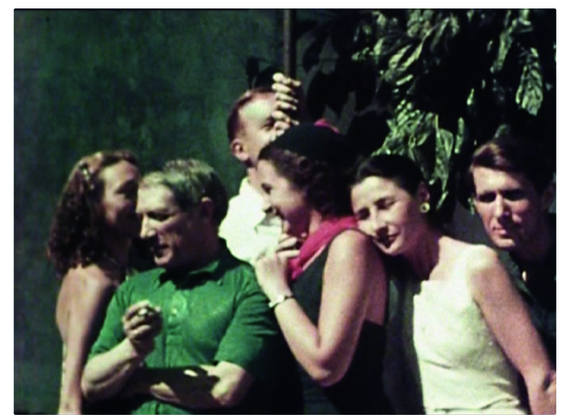 Shown with the Eluards (he the poet, she his beautiful wife, muse of many artists and possible lover of Picasso) and the Penroses (he the scholar and eventual husband of Lee Miller, another lush and talented muse) among others, we see the colorful gaiety and rich and lively interaction in the Picasso circle with a vividness that is rare. There is clowning around, a bit of Hollywood-on-the-Riviera. 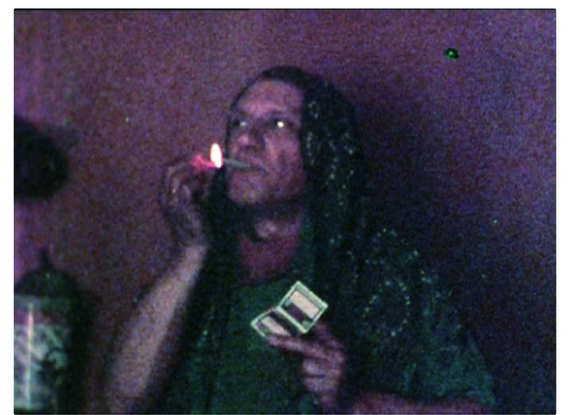 The catalog (worth having) includes cogent essays and a series of photographs discovered in Cocteau's archive of a day in Paris in August 1916 of Picasso and Cocteau in three piece suits with Paquerette, a girlfriend of Picasso's (not previously known to me) who wears satin, (even in the August heat), long chains and a stylish contraption on her head that looks like a cross between a boxing cap and one of those gadgets ladies used to wear at night so their chins would not be in their soup the following afternoon at lunch.

The exhibition -- free to all -- is up until the end of the year but it's worth seeing on multiple viewings. Richardson has once again made Gagosian Gallery into a museum quality experience.