There was a bit of serendipity on my visit to the uptown Pace Gallery. I was lucky enough to run into Paloma Picasso also viewing the show for the first time herself. "Most of the work in the show I actually remember very well," she wrote to me afterwards," and it was wonderful to see it again."

During the production of my very first documentary on Pablo Picasso, I tangled with one of the most famously complicated families in the world. I had not seen Paloma since we filmed her then but of all the Picasso heirs I was chasing at the time, she was the most 'sympa' probably because she was closest to my age and at the time living a life of fun in Paris. She took me to tea at Angelina's and gave me the name of her favorite saleslady at the Chloe boutique on the rue Montalembert. I thought she was (and is) incredibly chic and yet warm, gracious and approachable. At Pace, I almost did not recognize her as she was not wearing the red lipstick I had remembered her for. I felt the way about her the way she says she felt upon seeing the work at Pace and Gagosian: "It is always interesting to see works you know very well surrounded by other works, it creates a dialogue that makes you discover new angles to the piece," she reiterated. For me, seeing Paloma without her red lipstick was seeing a new and equally compelling side. 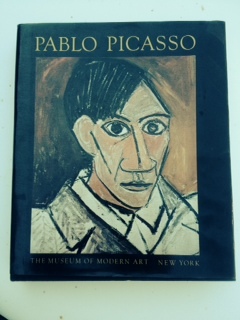 Cover of the Catalog of the Museum of Modern Art Retrospective, 1980

At the time of the documentary, Bill Rubin, curator of the exhibition at MoMA, told us the role of Picasso's children by Francoise Gilot, Claude and Paloma, "should be kept subsidiary," most probably because Jacqueline was crucial to his exhibition as widow and the children had been excluded from their life.

Paloma had been born just before the opening of the Paris Peace Congress in 1949 and so her father named her Paloma which means dove. "Still making babies at my age, ridiculous," Picasso apparently confessed. It was a time that he focused on family life. He let them share his breakfast, played dress up, took them to the beach and bullfights during long family holidays. He used them as subjects for the work. Their early years with him were clearly happy.

I was a girl, his youngest daughter, so my situation was quite special and because I was a very quiet child he allowed me to stay next to him for hours while he was painting. We had a special bond. I certainly had a marvelous childhood. Priorities were quite different from your typical bourgeois family. Creativity and play were paramount and were to be taken very seriously! Grades at school had never been my Father's forte and look what he achieved, it was always obvious to him that excellence didn't have to be academic. 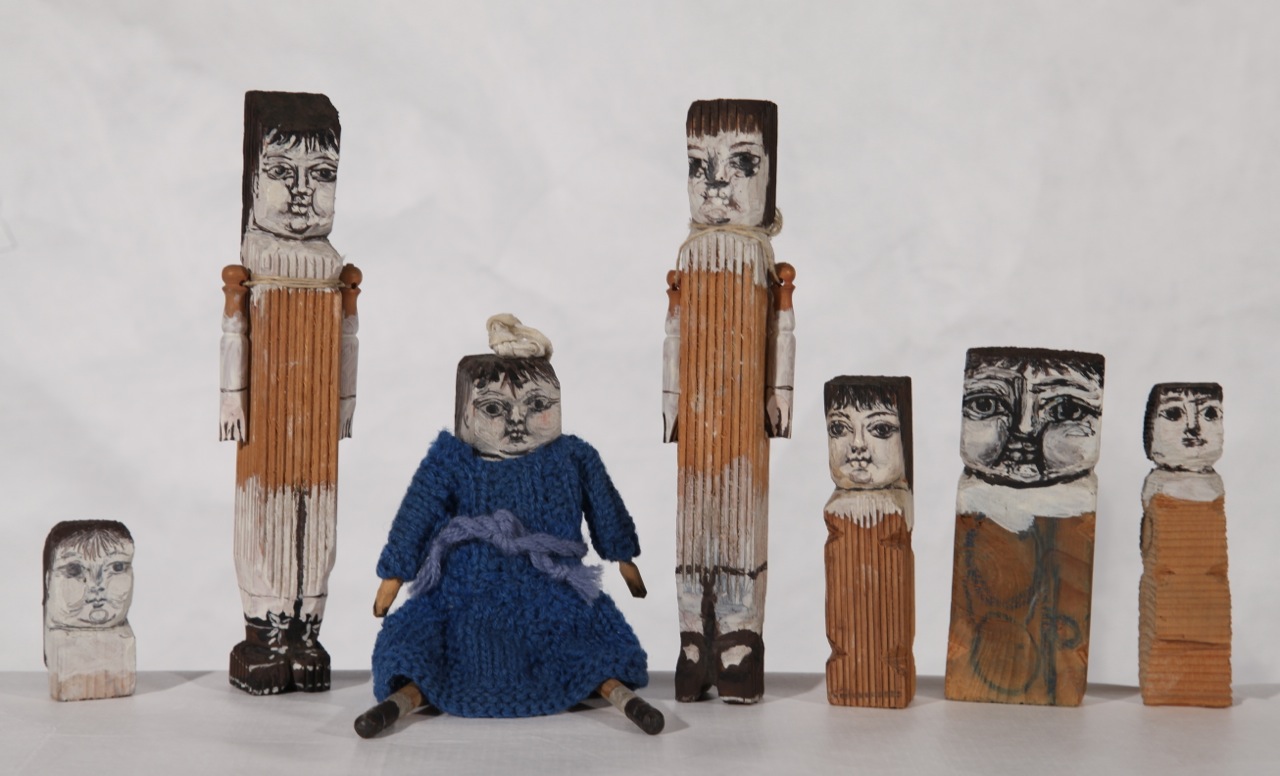 Picasso made wonderful dolls for her which represent the best of his childlike, spontaneous side. "Of course I am very fond of my little dolls which are "mini-me's" and have a very special & dear meaning to me. But I like to look at my Father's works for what they are: Picasso's work and I am in awe of so many things he created."

Paloma told me that at the outset, "I didn't see any problem with Jacqueline entering my Father's life, my Mother had also moved on to a new relationship." This coziness did not last. After her mother's memoir, Jacqueline exiled them. "Yes, it is sad that Jacqueline built a wall around at that time that cut me out. The relationship of a child and her father should be cherished and nurtured." Picasso reportedly did not respond to Francoise's requests to have them visit going so far as to try to drop them at the gate of Notre Dame de Vie, their home. Eventually when she got older, Paloma went back on her own to the gate. She is quoted in a biography of Picasso by Pierre Cabanne as follows:

Jacqueline received me kindly. My father was in his usual mood. The meeting at first was strained. I was flushed. I spent two hours with them, without trying to get any explanations. Finally, Papa asked, When are you leaving?

'Good. Then it is time for you to be off. I was very happy to see you.'

She regretted not trying to press him on way he had so changed towards her. It's my impression that when he was done with a woman, he was done -- including his own daughter. He seems to have had no sentimentality whatsoever. In this image of Jacqueline, we see her daughter Cathy and Paloma on either side -- faceless. 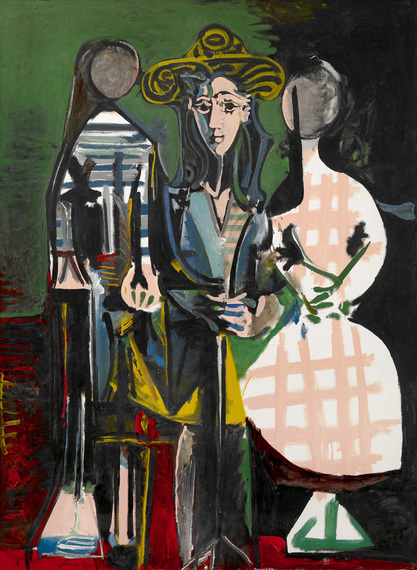 (We never got to film Jacqueline though Rubin gave us the number of the gardener at Vauvenargues, where Picasso had lived with Jacqueline and was buried. It was this kind of thing during the hunt on the documentary: gardeners, friends who were eager to cash in, competitive scholars with differing opinions that existed I was sure principally to drive me crazy.)

Yet, Francoise's children persevered in their own way (as did Francoise who was the only woman who picked up and left Picasso, remarried twice -once to Jonas Salk -- and kept painting). Eventually after many lawsuits, they were recognized as his legal heirs. Rubin's associate curator Carolyn Lanchner told us Claude was "key" to seeing the work -- he had taken on the role of estate steward of Picasso's many images and rights. 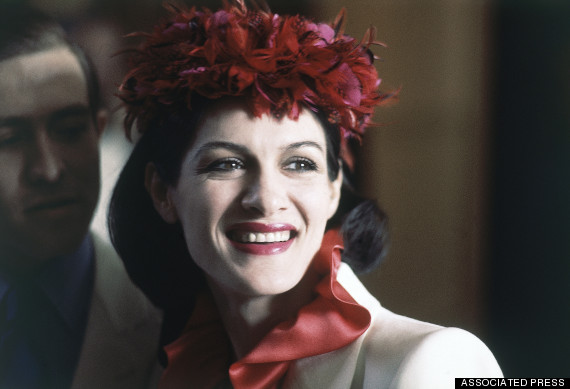 Paloma, on the contrary, first took up the Picasso legacy of play in the center of a group of talented and famous Parisians in the sixties and seventies. She was photographed in wild headdresses and naked except for breastplates and at Studio 54. Then, she took up the mantle of artistry and began designing a very successful collection of jewelry. 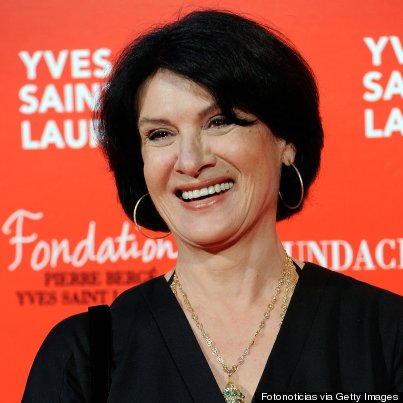 "My main personal focus is still designing for Tiffany & Co," she said, "and I take great pleasure in doing so!" Though she no longer wears her once-signature red lipstick she is not afraid of color, soon launching a new collection which depends on colored stones.

Paloma has not yet been to see the redone Picasso Museum in Paris yet but she had seen everything but the Met exhibition in New York. At Pace, I told Paloma and her husband, Eric Thevenet, a Swiss doctor, that it was amazing that Picasso and Matisse had taken over New York once again, that we are still caught up in their oeuvre and their lives, that no other artists seem to have captured our imaginations in quite the same way.

Eric agreed wholeheartedly. "No one else has been as talented", he said with a smile.

To that I would add: No one else but Picasso has had his life and legend so thoroughly documented, buffed, burnished and picked over, except perhaps Warhol. It's always fascinating. Will we admire Jeff Koons in the same way 50 years from now?

To see more images of Paloma in her father's work go to MoMA, Metropolitan Museum, Picasso Museum, David Douglas Duncan collection at UT and do a Google search under her name. You will see many of the images I've discussed in this piece which were restricted.