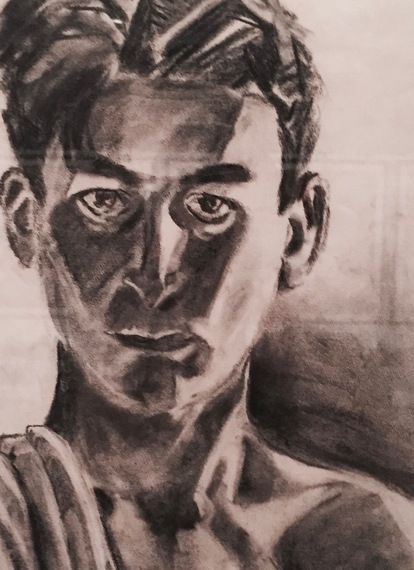 Self Portrait by Roberto Burle Marx, 1929

It only takes a gander down one allee of the Frieze Art Fair to realize just how important and prescient was Roberto Burle Marx, the Brazilian landscape architect, how very contemporary in his cross-media grazing (landscape, architecture, jewelry design, sculpture, painting, drawing, tapestry, collage), how elegant and unique his view of the world. "His art inhabits a rare space between the rational and the lyrical," say curators Jens Hoffman and Claudia Nahson of the new retrospective exhibition of his work at the Jewish Museum. 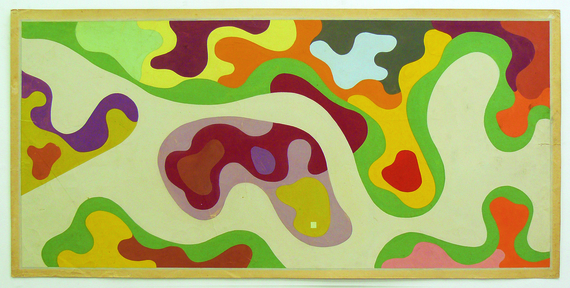 He was a nativist both in terms of design and plant material and discovered almost 50 plant species, wondering why in Brazil they were doing formal jardins a la France. In addition he was among the first landscape designers to be environmentally conscious, decrying the importation of European plant material into the luscious tropical Brazilian environment and pointing up the devastation of rich Americans who clear cut whole swaths of the Amazon for personal or business use. 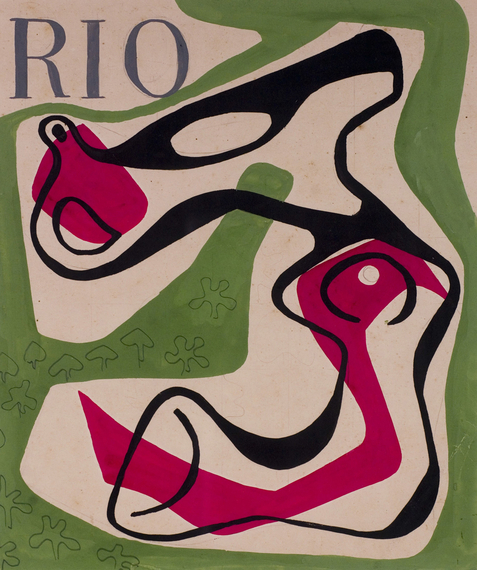 I first learned of Burle Marx when my father published a monograph on his work. 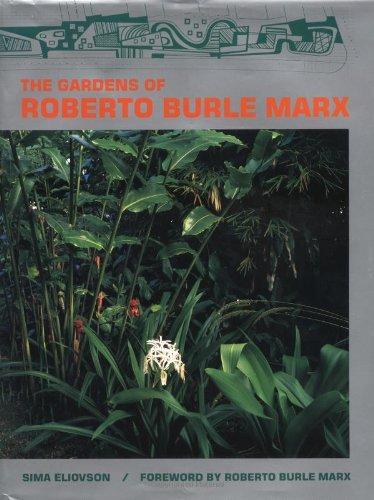 I had been an exchange student with a family he knew in Rio and even as a young teenager was impressed by the Brazilian combination of Latin and European sensibilities that enhanced their sophistication and joie de vivre that was unique. My father kept his affection for this country and its people as have I, remembering the late nights samba-ing along Ipanema. 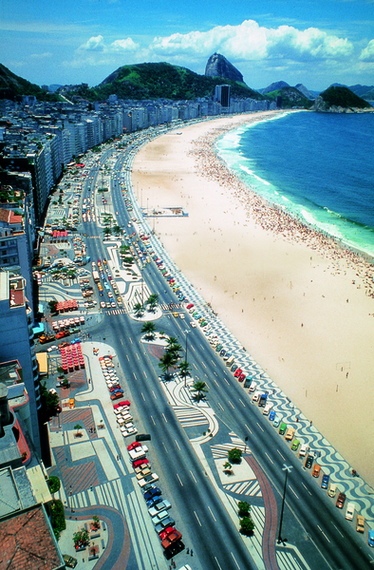 All this came back to me when I walked into the Burle Marx show. Consisting merely of one large gallery and an adjacent smaller one, the show nevertheless imparts the vibrant color sense, the multi-disciplinary approach, the mid-century pleasures looking back to Bauhaus and forward to abstraction. The soundscape by Arto Lindsay is an ideal accompaniment, and makes one wonder why more visual arts exhibitions do not have sound as an element. 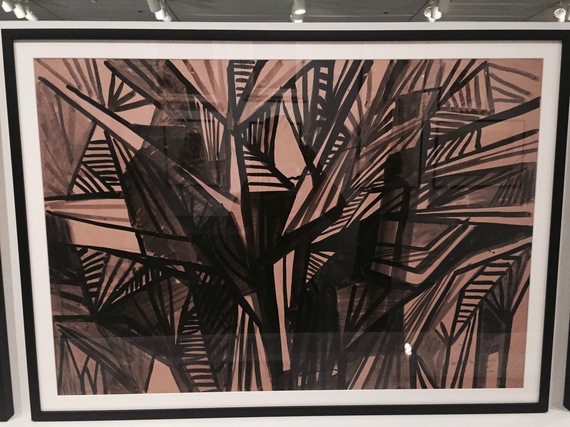 Burle Marx had a way with charcoal that feels particularly fresh and invigorated (reminding me of Dana Schutz's strong charcoals at her most recent show) and that captured the energy of a place as well as its design. 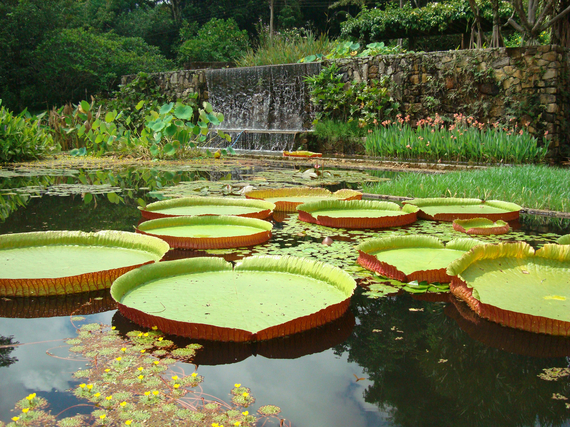 His use of "flat planes, abstract shapes and bold color" make the work totally contemporary. He had come to modernism early in the 1930s but one of his biggest projects was his close work with Oscar Neimeyer on Brasilia in 1960. As the curators remind, landscape is an art that takes patience. Gardens like Burle Marx's complicated efforts don't grow into their fullness until many years later, and one has to be a real visionary to see the end product at the debut. 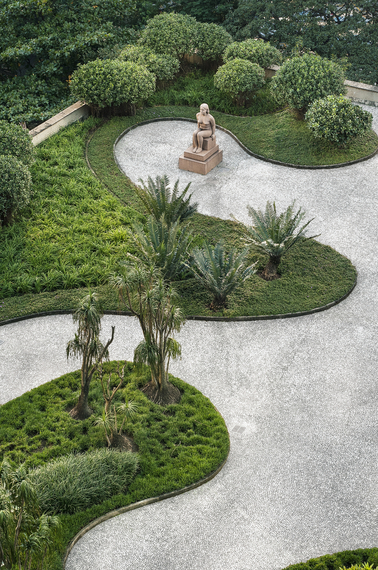 Many of the objects in the exhibition come from the keenly preserved Sitio Burle Marx, his homestead, still open to the public outside Rio (the curators remind that the Olympics are adjacent so don't time your visit then). 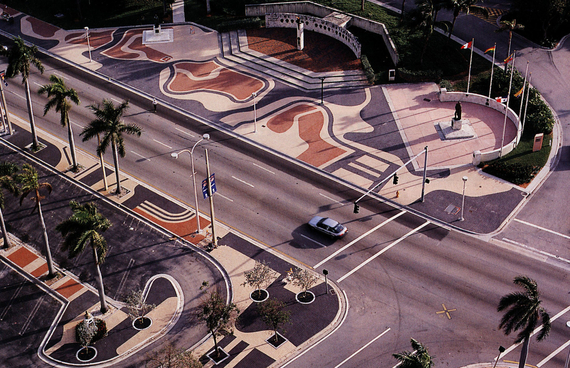 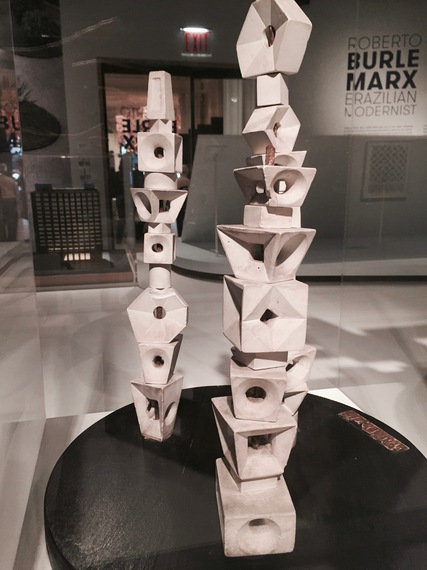 In Miami you can see his work on Biscayne Boulevard but a number of other projects are unbuilt (a home in Santa Barbara for the art collecting Tremaines looks dynamic) or destroyed (in Los Angeles, the Amalgamated Clothing Workers Building Mural that was painted over!!) that I wish we could have seen. 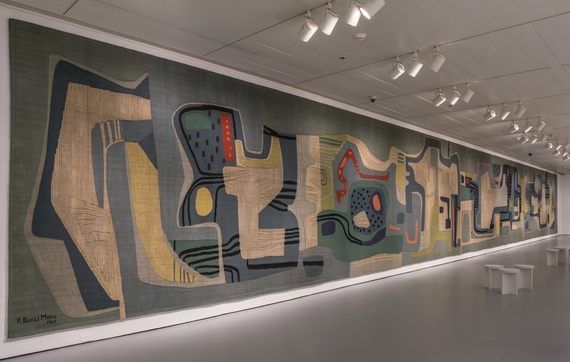 The astonishing and superior 90 foot long tapestry made for the Santo Andre Civic Center is a show stopper and rarely exhibited and it's worth the price of admission alone.

But it is the bracelet (and necklace) in gold and matching aquamarines (my birthstone) that I personally covet. 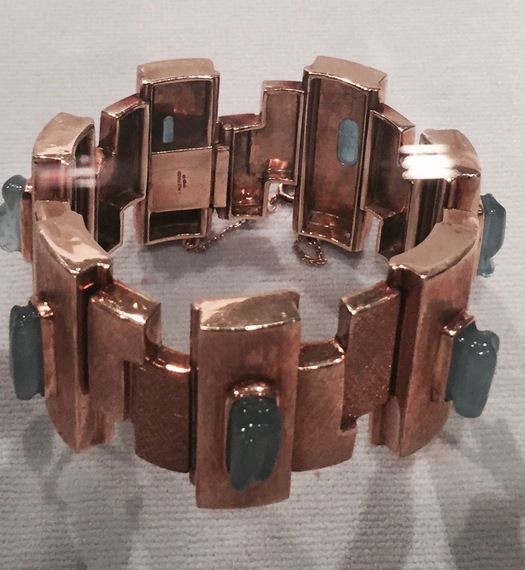 At the end of his life, Burle Marx embraced his Jewish roots (his father was German Jewish) and his designs for synagogues and Jewish sites feel rich and deeply felt. 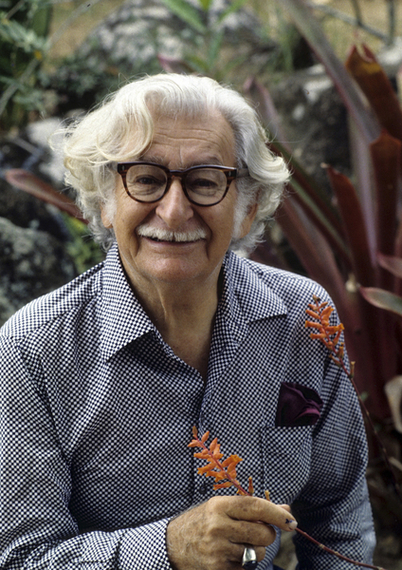 There is a comprehensive new monograph, which is even more expansive. Neither the exhibition nor the book is a substitute for seeing his splendid designs in person--they have shot to the top of my bucket list.

The exhibition from May 6 runs until September 16.