The Chicago Archdiocese confirmed in a press release Wednesday that Cupich is breaking from the tradition set by his predecessors and has made up his mind to move instead to the rectory at Holy Name Cathedral.

The decision was made, in part, because Cupich expressed a “desire to reside in a place where he could be most effective in serving all the people in the Archdiocese of Chicago.”

The Archbishop also has plans to say daily mass at Holy Name Cathedral, which is the seat of the Chicago archdiocese.

Hailed as “Pope Francis’ American Messenger” after the pontiff tapped him for the top job in Chicago’s archdiocese, Cupich’s decision seems to mirror Francis’ modus operandi. The pope has rejected the opulent Apostolic Palace for a no-frills room in a Vatican City guest house, the Casa Santa Marta.

The North State Parkway mansion rejected by Cupich “has been the home to every archbishop in Chicago since it was built in 1885,” the Chicago Sun Times reports.

The historic red brick mansion will be used for official functions and as a guest house, the Chicago Tribune reports. The residence also has 19 chimneys and contains a chapel. 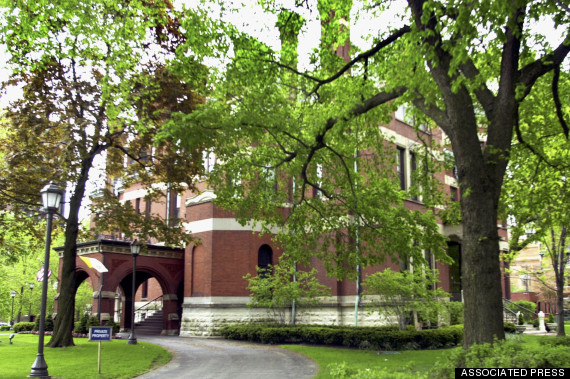 Cupich's track record as a priest and as bishop of Spokane, Washington has won him support among the Catholic Church's progressive wing, according to Religion News Service. The 65-year-old has "steadily staked out positions that align him with Catholics who want the church to engage the world rather than rail against the forces of secularism."

The Archbishop will take over the reins as leader of Chicago's 2.2 million Catholics on November 18, after an installation ceremony at Holy Name Cathedral.