When I asked Brian and Danny how they measured their success, they offered two simple principles: to build exposure and career opportunities for artists, and to promote New York City as the absolute hub of the international art world.

Tate, a musician and marketing strategist, says, "The two goals work hand in hand: artists make New York City great, and the town gives artists an intense level of energy and opportunity that is unmatched around the world. We also work to build community among artists, and to drive cultural tourism to galleries citywide. Those elements combine to make the project a winner for all concerned. New York is a cultural ecosystem, and Curate NYC exists to help keep that system growing and fully alive."

Simmons, a gallery owner, arts philanthropist, and abstract painter, says, "Curate NYC is an historic project that showcases New York City as the hub of the world art market. It's a labor of love for Brian and myself, but as artists we know the value of creating exposure and business platforms for others. A sculptor recently said to me: 'You guys are artists? No wonder this project is so great, you get it.' We know that the arts generates billions of dollars for the City's annual economy, and that artists are key to those results. Every time we expand Curate NYC, we 'get it' more and more."

This year, Curate NYC received 1,900 submissions in sculpture, painting, photography, illustration, and more. Local galleries selected 100-plus entries for group shows at their spaces. A panel of judges independently ranked every entry, with the top 150 presented at Rush Arts Gallery in Chelsea for the project kick-off. And 34 top curators from New York and other cities with notable art scenes - including London, L.A., Melbourne, Moscow, and many more - selected their favorites for numerous online shows. It seems as though the whole world wants to get a peek of what NYC artists are up to, and Curate NYC has become a vehicle for that.

Sherry Dobbin, director of public art for the Times Square Alliance, said of her role as a Curate NYC guest curator, "My selections explore inventive uses of known materials, dialogue between the two- and three- dimensional worlds, a request for/remnant of engagement with the audience. And always, I enjoy the international perspectives of artists. For an online platform, I chose a sampling that guides the audience to consider the curatorial role as one that prompts question and investigation rather than one that formulates a statement."

Curate NYC extends the community-building work of an arts initiative Simmons developed some years ago called Project Diversity Brooklyn, a borough-wide exhibition that showed work by 200-plus artists. Simmons says, "Project Diversity made valuable new connections between artists, audiences, and galleries that wouldn't have happened otherwise." Tate adds, "With Curate NYC, we saw an opportunity to grow on those results by taking the strategy citywide."

The galleries selected to participate in this year's Curate NYC were Gallery Brooklyn (Brooklyn), Elisa Contemporary Art (Bronx), chashama (Manhattan), Local Project (Queens), and Gallery at 139 Bay (Staten Island). Lisa Cooper, owner of Elisa Contemporary Art, says, "My selected artists ranged from emerging through mid-career - even two artists I've been following for years! It was wonderful to see young artists experience what it is like to be shown in a gallery. They glowed with pride as others viewed their art. I also enjoyed bringing many new faces to the gallery. Curate NYC is an exceptional opportunity to be introduced to wide range of talent. A number of artists will be considered for future projects."

Artist Sarah Cameron Sunde, whose entry was selected for multiple online shows, says "Curate NYC has been a great way for me to get my work out into the public sphere!" Artist Leah Oates, whose entry was ranked among the Top 150 and was also exhibited at chashama, says, "I'm so happy to have been part of Curate NYC. I got to discover work from other artists and I reconnected with an artist from Chicago who I had not seen in 10 years. I look forward to Curate NYC 2014." Artist MaDora Frey, whose work was selected for online exhibition by guest curators Sherry Dobbins and the Corcoaan Gallery of Art's Sarah Newman, says, "Brian and Danny are really guerrilla-style art exhibitors for those who may feel a bit outside of the proper 'Art World'."

Tate, who conceived the NYC25 idea, says, "We wanted a way to increase public involvement in Curate NYC, and that brought us to the question of New York's cultural identity. Today the City is the center of the universe, a place where inconceivable things happen first. But 25 years from now, what impact will New York have on the world and vice-versa? Artists have a history of making and imagining the future, so we asked them to train that focus on the New York City of tomorrow."

The NYC25 panel identified twenty-five visionary artworks for exhibition at the prestigious Westwood Gallery in SoHo, in a show curated by gallery co-founder James Cavello. At the opening, Tate and Simmons awarded a trophy and a $2,500 cash prize to artist Chanel Kennebrew for her winning entry, The NYC Future Project. That work is an evolving piece that began with a series of photos taken at Brooklyn's Afropunk Music Festival.

Kennebrew says, "I've built a portable photo booth and I'm taking it all over the City and asking folks to write down the word they feel embodies NYC 25 years into the future. Then I invite them to have their portrait taken in the booth. Within the next few months these portraits will be compiled and available for viewing online at http://thenycfutureproject.com/."

Simmons said, "This was an exciting contest, but all the aspects of Curate NYC hit the mark with the galleries, artists, and communities. It's an exciting time for the City, and the artist community is a big part of what makes it great."

Futurist Michael Rogers, an NYC25 judge, says, "In reviewing hundreds of entries, I was pleased to see that there were some hopeful and playful images of the future, as well as more pessimistic and dystopian visions. I expected numerous depictions of New York City flooded by rising seas - and indeed there were plenty of those - but I was surprised at how much optimism came through. Chanel Kennebrew's The NYC Future Project underscored the fact that an important element of shaping the future is people."

September 11 Museum chief curator Jan Seidler Ramirez, both a Curate NYC guest curator and an NYC25 judge, says "If these far-ranging works are indicators, then New York's forecast is guardedly optimistic. The city that never sleeps remains electric. Underneath the bravado, tenderness endures. But cautions, too, are implicit in many of these works. The city's vibrancy is not automatic. Such dynamism accrues or recedes in proportion to New York's cultural diversity, which depends on the City ongoing performance as a fluid world port accommodating new arrivals -- whether people, ideas or goods."

All 1,900 entries to Curate NYC and NYC25 can be found online, along with a complete list of exhibitions, curators, and more at www.CurateNYC.org. 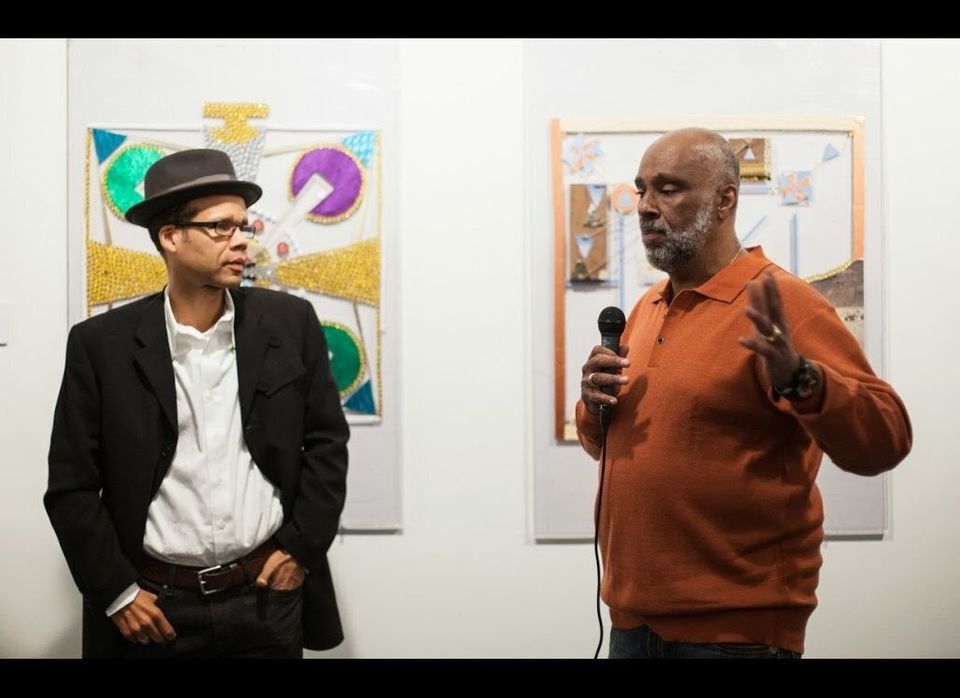