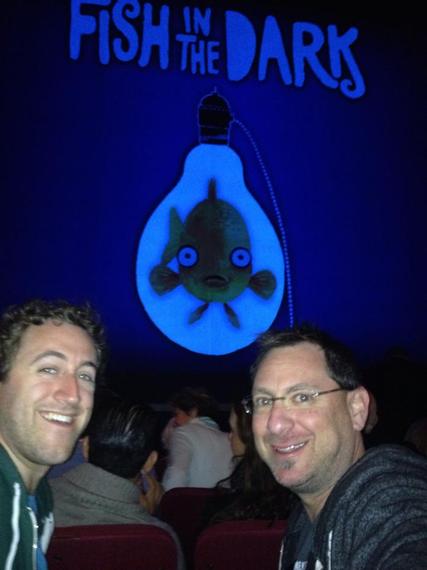 I saw Fish in the Dark this past Sunday and hung around after the performance with a couple of hundred people to greet Larry David. People of all ages not curbing their enthusiasm waited outside the Cort Theater to cheer, take their picture, get an autograph and genuinely gush over their favorite quirky comedy icon. I'm here to report Larry David has an official cult following, along with a "pretty, pretty, good" signature. 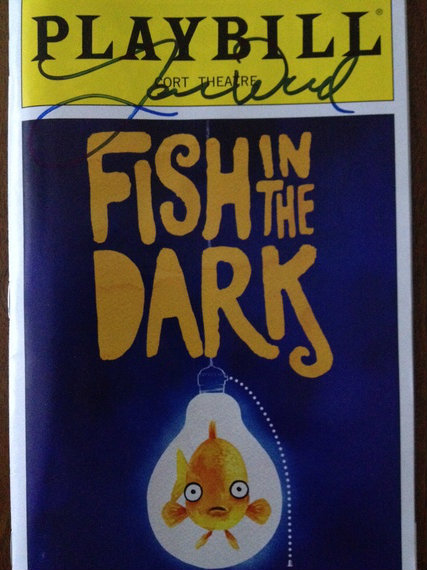 I'm also here to report someone asked Larry about whether his hit HBO series, Curb Your Enthusiasm, is coming back. It's probably the most asked question to Larry, other than, "Can I take a selfie with you?" Unfortunately, Larry doesn't do "selfies." Yes, he specifically told us he's happy to pose for a regular photo, just as long as someone else snaps the picture; but, he insists on and adheres to a no-selfie policy. How Larry David of him.

As for the other question, Larry did not hesitate to reply, "Maybe. Could be." Judging from his immediately less than negative reaction, and knowing he's previously been noncommittal by saying, "The odds are against it." I think his unexpectedly, positive response from Sunday sounds more and more like he's not curbing his enthusiasm for a return and the "wheels are in motion," to steal a line from Seinfeld, for another season of Curb. 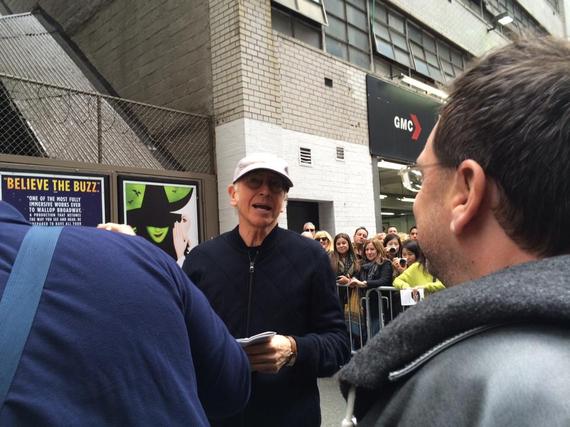 My question to Larry was of a different sort -- I asked him to go to dinner. His reaction was priceless and pure Larry. While momentarily stunned by my invitation, he retorted, "I don't even go to dinner with my friends." I snapped back, "Well, we're not friends. So, we can go." Larry just grinned back with a look that said, 'I don't think so.'

There's a moment in the play where Larry's brother (Ben Shenkman) admonishes him for a dream scenario of a beautiful woman breaking into his house and raping him. True to Larry David form, and not to ruin the exact punchline, he doesn't see anything wrong with that -- which brings me to a precarious situation I found myself in later that night. I happened to meet a beautiful woman in her twenties who's in love with Larry, at least the Larry who she sees on television. The real life Larry would be quick to tell her that he's not nearly as ideal as she thinks. When I pressed her to quantify her love, she said, "I want to sleep with him." Perhaps, if she had been the one to ask Larry to dinner he would have taken her up on the offer. Call me Larry, I'll hook you up. I have her number. After all, you are "my Caucasian." 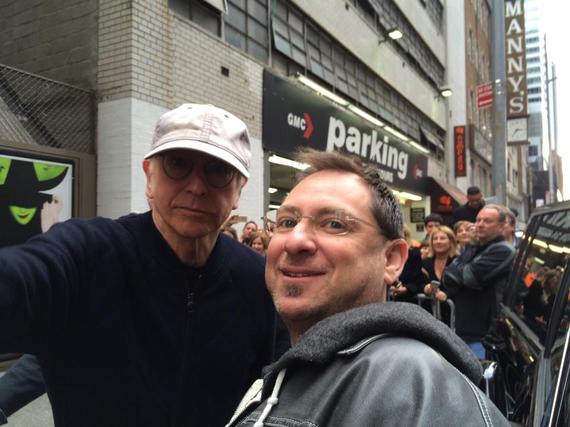 Larry's last scheduled performance in Fish in the Dark, the play he also wrote, is June 6. Jason Alexander, the only other person in the world who could possibly play Larry (and already did in Seinfeld as "George") takes over for him beginning June 9.

*All photos courtesy of Steve Matoren