If we think about development priorities for the next 15 years - with the Millennium Development Goals expiring this year, adequate nutrition and basic education immediately come to mind. Illicit financial flows (IFF) would not be top priority, but in a paper for my think tank, the Copenhagen Consensus Center, economist Alex Cobham argues that they are important enough to be included in the post-2015 goals now being debated by the international community. 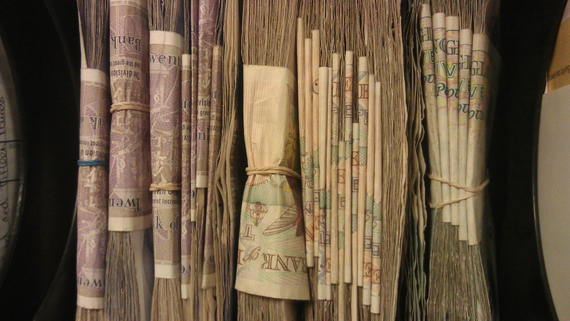 If we look at the costs of IFF, he clearly has a point: 20 sub-Saharan Africa countries are estimated to have lost more than 10% of their GDPs since 1980, while Africa as a whole is still estimated to be losing 3.4% of GDP, that is, $76 billion each year. The Washington-based think thank Global Financial Integrity (GFI) estimates illicit flows to total ten-times the current level of international aid.

Nigeria offers a particularly egregious example of the problem. The well-respected governor of the central bank, Lamido Sanusi, was suspended for blowing the whistle on an apparent $20bn difference between the country's recorded oil exports and those reported to the bank.

Illicit cash flows are not necessarily strictly illegal. Money laundering - transferring the proceeds of crime through apparently legitimate channels - is clearly illegal and the subject of stringent checks in the banking sector. Abuse of power by kleptocratic regimes to skim off a country's wealth into Swiss bank accounts at the expense of the rest of society is morally wrong and often also criminal.

What is less clear-cut is the avoidance of tax; while being legal in the strict sense of the word, this is frowned on by society. Recently, this has become a big story in some countries as multinational companies have, quite legitimately, minimized their tax liabilities by being registered in a low-tax country and declaring their profit there while in practice doing most of their business elsewhere.

Between 1980-2009, Africa lost up to $1.3 trillion due to illicit flows, with Nigeria, South Africa and Egypt topping the list, found a joint report by the African Development Bank and GFI. In 2012, Egypt exported about $5.09 billion of illegal capital, GFI found.

The lost tax revenue could have been invested in development, including into education, healthcare, or infrastructure improvements.

While public exposure is often enough for companies to change practices to protect their reputation, Alex Cobham - research fellow at the Center for Global Development - suggests transparency should be achieved via statutory public registers rather than investigative journalism and naming and shaming.

He makes three proposals: to make public full details of company ownership (that is, no shell companies with the real owners remaining hidden), ensure that there is automatic exchange of tax information between jurisdictions and require multinationals to report on a country-by-country basis. This transparency should greatly reduce illicit transfers.

Cobham proposes that one of the key targets for the UN system should be "Reduce to zero the legal persons and arrangements for which beneficial ownership info is not publicly available." If this gave just a 10% reduction in the average losses to IFF in the decade from 2002, the benefit would be $768bn, but reducing current losses by half would raise this to a staggering $7.5tn.

A wide range of compliance costs have also been estimated, but even using the highest of these ($66bn) with the lowest benefit scenario gives a very attractive benefit-cost ratio: for each dollar spent on the above goal, $13 would be gained.

However, these transparency proposals have to be as closely adhered to universally as possible, if there is to be a substantial impact - otherwise more money will simply pass through other channels which remain open. The precedent of the existing anti-money laundering framework is not reassuring.

This system is universally accepted and most countries obey the letter of the law without stemming the flow of illegal money in practice. Even major international banks are sometimes found to have flagrantly flouted the rules. However, these systems are complex and varied and the wider transparency proposals have the benefit of greater simplicity, so perhaps we should be more optimistic about them.

In an ideal world, it would not be possible for criminals to move their money about with impunity; neither should companies and individuals pay less tax than society deems to be fair in comparison with others. It is now up to us to consider whether it is worth putting scarce resources into trying to make the financial world more ideal, or whether there are better ways to use them.