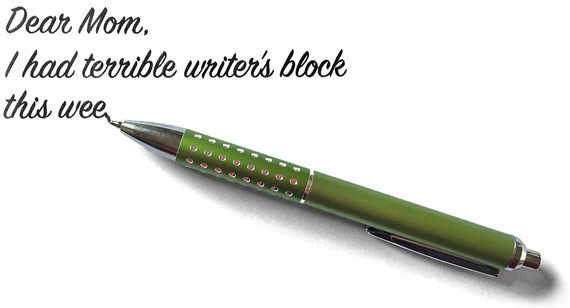 The condition of being unable to think of what to write or how to proceed with writing.

I have a deadline. The words will not come. The muse has left the building. What's the first thing I do to deal with the situation? I google writer's block, of course. 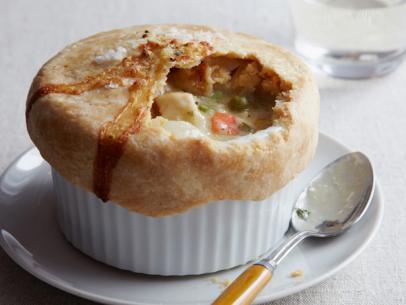 Whilst researching writer's block I stumbled upon this delicacy, and immediately went to the grocery store for the ingredients, which I brought home, unpacked, organized according to the recipe, or formula as my pops calls it, and just scant hours later, voila! I still had writer's block, but now I also regretted having consumed approximately 3,500 calories in one sitting. (That includes the KitKats I purchased with the potpie ingredients, which I allow myself as a "tool" when I suffer from writer's block.

Next, I fell asleep on the keyboard. More accurately, I was in a cholesterol coma. When I awoke my deadline was even nearer, and pure panic set in. I returned to google where I learned from other writers that the way to beat writer's block is to:

I don't know about you, but when my task is to sit at the computer and write, getting out and doing something seems like a distraction. I "got out" and made a damn chicken pot pie and where did that get me? (A few words on chicken pot pie, but I mean, other than that, zilch.)

Work backwards from there. Sounds ridiculously simple. It works.

2. Pretend you're writing it in a letter to someone you know.

John Steinbeck once told George Plimpton, who was suffering from writer's block, "Pretend that you're writing not to your editor or to an audience or to a readership, but to someone close, like your sister, or your mother, or someone that you like."

Set an alarm for 10 minutes and write continuously without regard for spelling, punctuation, grammar or topic. This exercise usually produces raw, unusable material, but it ameliorates the "arthritis" in your brain and fingers, and helps overcome the apathy and self-criticism that sabotage our writing efforts. Freewriting is great for uncovering ideas and giving inspiration a little kick in the pants.

4. Write as if you're John Kennedy (or an amazing speech-giver of your choosing).

For many years I was the family eulogist, a particularly difficult task in the case of my beloved grandpa Ferderbar. I couldn't get a single thought down because my emotions had flooded the engine with a million memories at once. I had to get it done--the pressure was unbearable. I closed my eyes and for some reason John Kennedy's famous inaugural speech popped into my head.

I heard the peculiar cadence of Kennedy's delivery as clearly as if he were standing beside me. What if J.F.K. were writing grandpa's eulogy, I thought. And the words tumbled out and through my fingers like magic. I read aloud as I typed, trying to replicate Jack's inflection. This little "trick" allowed me to write without being swept to sea on waves of grief, and it helped me define the key points I wanted to highlight in my grandfather's life.

American poet William Stafford wrote, "There is no such thing as writer's block for writers whose standards are low enough." I'm pretty sure he didn't mean we should write garbage. I think he might have been referring to act of just getting something down v. staring at a blank screen until your eyes cross -- a lot like dieting. If you intend to lose 20lbs by Saturday you will fail, much as if your goal is to write the world's best blog. I think we can all agree where that sort of pressure gets a person.

In closing, a quote from one of my all-time favorite authors, Charles Bukowski:

"Writing about writer's block is better than not writing at all."