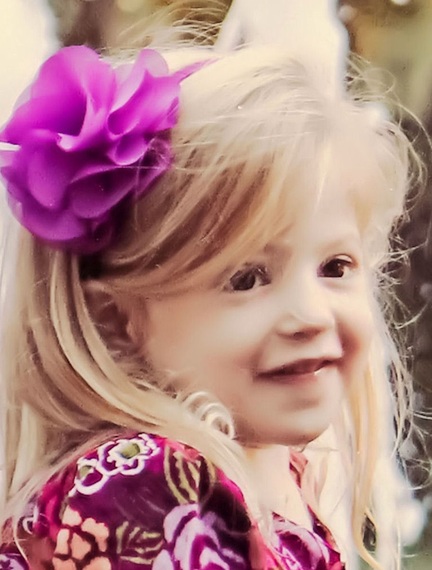 Bake sales, car washes, and 5K races are all good fundraising events, but nothing has raised funds so fast and furious as crowdfunding for one man who is using it to fund medical research at the same level as major federal government grants.

So far, in a relatively short time, Glenn O'Neill and his wife, Cara, have raised more than $1 million with a goal of $1.8 million to fund a cure for a rare disease affecting their young daughter, Eliza, who suffers from Sanfilippo Syndrome-Type A.

Sanfilippo Syndrome-Type A is considered an orphan disease and has no registry, so the numbers of kids affected is unknown. According to the National Institutes of Health, a rare disease is one that affects fewer than 200,000 people in the U.S. There are more than 6,800 rare diseases affecting some 25 million to 30 million people. Because the numbers for each disease is relatively small, it's difficult for researchers to get enough money to find treatments or cures. Even major diseases don't have enough research funding. But given what one family has done for one orphan disease, patients may no longer be at the mercy of government or industry funding. All they'll need is interested researchers and a solid fundraising campaign.

The O'Neills knew that, pending funding, at Nationwide Children's Hospital in Columbus, Ohio, there was a potential breakthrough gene therapy trial scheduled for Sanfilippo Syndrome-Type A of a one-time intravenous injection that crosses the blood-brain barrier. Other parents' fundraisers had paved the way for this research, O'Neill says. So, the O'Neills created a non-profit 501c3 foundation, Cure Sanfilippo Foundation, making donations tax deductible. The foundation has no paid employees, and no funds go to personal medical expenses. Using traditional fundraising methods -- 5K runs, fundraising parties, golf tournaments, and dance-a-thons -- and a Gofundme.com crowdfunding campaign with a homemade video, which itself raised $40,000 -- they were able to raise $250,000, but it took them more than six months. While impressive for a grassroots fundraising campaign, it was just a fraction of what they needed, and they were racing against time.

O'Neill turned to books on fundraising and learned that he had to develop a video that would persuade viewers to help conquer a disease by telling a single story -- Eliza's. In his search to find a videographer, he emailed Eliza's story to Karen Cheng, who had written an article on viral videos, for advice, and she reached out to the editor in chief of Petapixel, DL Cade, who reached out to videographer/photographer Benjamin Von Wong, who, along with a team of professional videographers, created the video posted on www.SavingEliza.com - pro bono. A local television station covered Von Wong's week-long stay with the O'Neills, and O'Neill sent those news clips to Rightthisminute.com, which launches viral videos. The pitch landed O'Neill an interview on the site. O'Neill then sent out a press release on that coverage to major news outlets. The story was picked up by the Huffington Post and other news websites, which led to television appearances and more news coverage on the web. That's when the money began coming in, O'Neill says.

"The Crowdfunding really took off on April 2nd with the release of the 3 minute video at www.SavingEliza.com. Since April 2, it has raised over $1 [million]. The video can explain Eliza's urgent situation better than any words we could say or write," O'Neill says.
Currently, the video has 39,000 Facebook shares.

"There was not a big business plan behind his," O'Neill says. It all goes back to the 3-minute video, he says.

"This hopeful, inspirational story of near 23,000 strangers now, from all over the world helping to put an end to this disease [Sanfilippo Syndrome] is remarkable. It is humanity at its best. It is social media and crowdfunding working in a way that's never been seen. It is historic," O'Neill says.

This article was originally published on Mainstreet.com.